Route Del Sol is a community of people driving change, literally. They are the first team in the world to drive a solar powered, 100% electric camper van from Alaska to Argentina.

Chasing the Sun: Alaska to Argentina 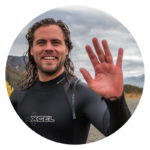 Joel is the pilot, visionary and founder of Route Del Sol. With a background in science and climate change adaptation, he knows that the world is struggling to transition into a more sustainable future, so he threw away his traditional life and constructed Route Del Sol to bring about a change for the better (and have one hell of a time doing it). He’s a surfer, avid explorer, newly appointed electrical whiz, academically gifted and socially inclined, oh and officially broke. 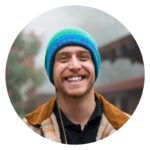 Keegan is the copilot and the 2IC of Route Del Sol. With a background in journalism and leadership, he see’s the power of the media as the fundamental building block to driving change. Keegan jumped on board at a moments notice (literally after a phone call with Joel). He works tirelessly to help communicate the messages of Route Del Sol, and tell the stories of the people and communities on the way. He’s a rock climber, annoyingly happy, vagabond gypsy soul who loves a boogie and talking to (basically) everyone he meets.