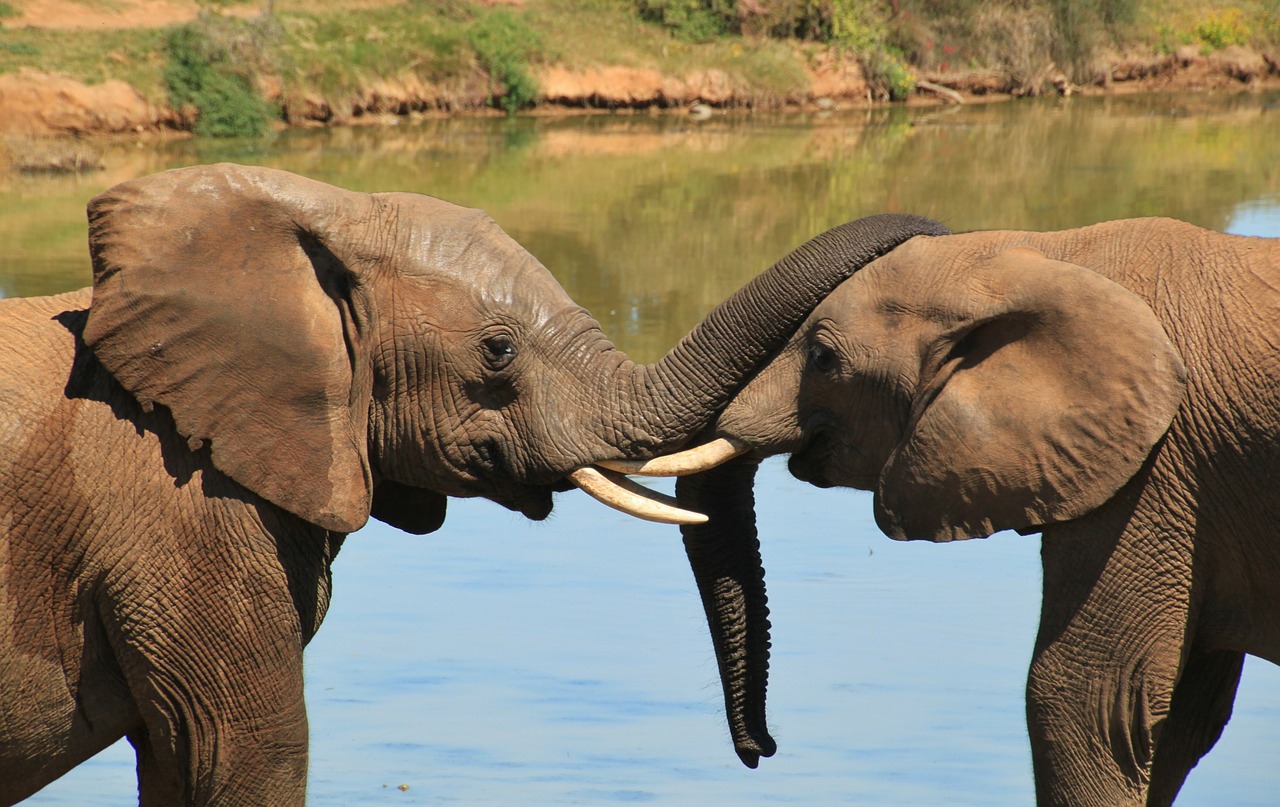 WildAid Japan and Tears of the African Elephant (TAE) are calling on Japan to end its ivory trade beginning with abandoning ivory hanko stamps. Hanko stamps account for 80% of Japan’s ivory consumption.

Ivory hankos are used to sign official documents such as marriage licenses and business contracts or to open bank accounts. However, banks are beginning to move away from the hanko and offer more services online to appeal to younger customers.

Last month, some of Japan’s largest banks announced they would no longer require hankos to open new accounts or to withdraw money. Mitsubishi UFJ Financial Group and Resona Holdings Inc. have started to allow customers to open accounts without the stamp.

Hankos were not traditionally made from ivory, but the economic boom in the 1970s and 1980s prompted carvers to switch materials. Additionally, many people bought whole tusks believing it to be an investment.

Created by Grey Tokyo and Academy Award-nominated artist Koji Yamamura, the campaign video tells the story of how hankos are made and makes the connection from elephant poaching to the final products.

“Since most of the ivory in Japan is used for hankos, using other materials would be a big step forward to reduce demand.” said Airi Yamawaki, Director of WildAid Japan and founder of Tears of the African Elephant.

Shared on social media, billboards, and traditional media, the newly launched Japan campaign calls upon the Japanese public to sign a petition supporting Japan’s closure of the domestic ivory trade.

The Government of Japan has come under more pressure to put a stop to its ivory market since China banned ivory in 2017. Singapore, Taiwan, Vietnam, Thailand, and Hong Kong have passed similar legislation.

Beginning later this year, Japan will require ivory traders to prove that whole tusks were legally acquired via carbon dating.

In the 1980s, an estimated 100,000 elephants were being slaughtered annually. In response, CITES introduced a ban on international trade in 1989. Since 1970, Japan has imported ivory from more than 250,000 African elephants, including a significant portion from poached wild elephants.

“African elephant populations continue to face an immediate threat to their survival from high-levels of poaching for their ivory, especially in Central and West Africa where the situation appears to have deteriorated. We are however also seeing some encouraging signals in parts of East Africa where the overall poaching trends have declined, which shows us all what is possible through a sustained and collective effort” said John E. Scanlon, former CITES Secretary-General.

WildAid launched a successful campaign in China in 2012 aimed at reducing ivory demand. Public awareness of poaching increased by 50% within two years and in a poll conducted in 2014, 95% supported banning the ivory trade. Since then, wholesale ivory prices in Hong Kong and China dropped by 78% between 2014 and 2016. Ivory seized in China fell by 80% in 2016.

The anti-ivory campaign in Japan has launched ahead of the historic May 1st abdication of Emperor Akihito. Crown Prince Naruhito will become Japan’s new emperor.

Considered by many to be an environmentalist, Naruhito was appointed as honorary president of the UN Secretary-General’s Advisory Board on Water and Sanitation in 2007.

Closing all major legal markets would be historic and help to bolster Japan’s environmental image ahead of the 2020 Olympics.

“As the last major legal market, we hope that Japan can join the global community in ending legal sales of ivory as soon as possible,” said Peter Knights, CEO of WildAid. “It would be a historic moment for elephant conservation, winning Japan great acclaim globally.”