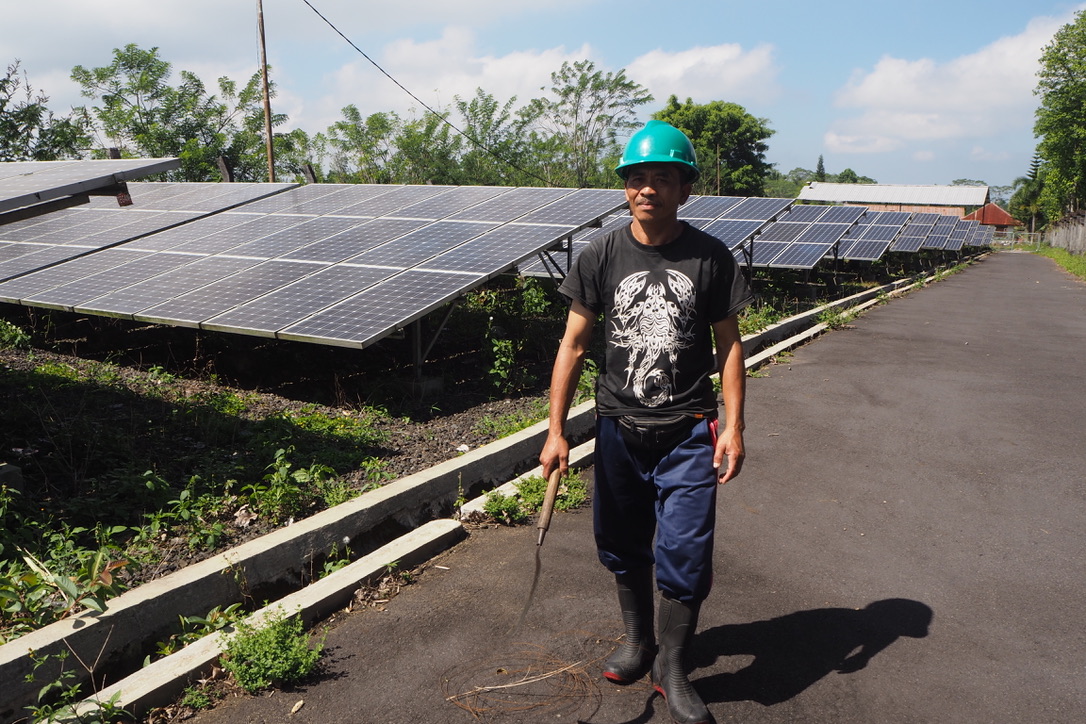 In Indonesia, a major producer and consumer of coal, politicians often argue that continued reliance on the highly polluting fossil fuel remains an economic necessity.

Challenging this conventional wisdom, a recent analysis of four Indonesian provinces concluded that shifting from fossil fuels to renewable energy would not only reduce carbon emissions, but also prove more cost-effective than current government plans.

The study, part of a joint Danish-Indonesian program aimed at increasing energy efficiency and the use of renewable energy in Indonesia, focused on four provinces: North Sulawesi, Gorontalo, South Kalimantan and Riau. Analysts found that if these provinces fully developed their renewable energy resources, they could reduce emissions by up to 11.5 million tons CO2 by 2030 while saving nearly 40 trillion rupiah (US$2.8 billion) each year.

Each of the four provinces studied was found to have significant, but largely untapped, potential for renewable energy.

South Kalimantan, for instance, expects energy demand to double in the next 10 years. Plans currently call for that demand to be met largely through coal and natural gas, with renewable energy accounting for only 14% of the energy mix by 2025.

By 2050, the share of renewables in South Kalimantan’s power mix is expected to decline to just 9%.

With South Kalimantan sitting on top of one of Indonesia’s largest coal reserves, it’s likely that the fuel will continue to dominate the province’s energy mix, says Alberto Dalla Riva, an energy analyst at the Danish Energy Agency.

However, the analysis concluded that by developing large-scale solar and wind power, renewable energy could meet 24% of the province’s energy demand by 2050. The study also recommended switching from coal to natural gas to meet the balance of the province’s power needs.

By making this transition, South Kalimantan could save 3.3 trillion rupiah ($237 million) per year, while reducing carbon emissions by 60% in 2050. The amount of money saved was found to be even greater, up to 5.7 trillion rupiah ($409 million), if health care and other costs related to pollution were taken into account.

South Kalimantan wasn’t the only province projected to benefit from switching to renewables. Riau province, on Sumatra island, could also gain by tapping into the province’s potential for solar, biomass and biogas energy.

“North Sulawesi and Gorontalo can use the opportunity created by the decline in solar energy costs,” Dalla Riva said.

Dalla Riva said that by 2030, solar energy could provide up to 11% and 21% of electricity in North Sulawesi and Gorontalo, respectively.

Overall, renewable energy could generate 85% of electricity in both provinces by 2030, and doing so would save 12.6 trillion rupiah ($903 million) compared to business as usual. If pollution-related health costs are taken into account, the amount of money saved would reach 17.4 trillion rupiah ($1.2 billion).

Responding to the study, local officials in the four provinces said that developing renewable energy sources remains dependent on investment flowing into the sector.

Rudi, a representative of the Riau office of the state-owned electricity firm, PLN, said developing solar energy in the province is expensive. However, he said PLN is aware of the need to develop alternate energy sources and might review the province’s energy plan to increase the share of renewables.

“If there are investments, we are open to it [developing solar power],” Rudi said.

In addition to the lack of investment, other issues have also hindered the development of renewable energy sources.

In North Sumatra, the Lahendong geothermal power plant has faced protests from area residents who demand the project developer recruit only local people for employment. In North Sulawesi’s Bolaang Mongondow district, there are at least eight spots that have geothermal potential, but they overlap with protected forest areas and mining concessions.

Despite these obstacles, Sugeng Mujiyanto, the head of the energy policy facilitation department at the National Energy Council, said provinces could still work to develop renewables to their full potential even if they have already submitted their energy plans to the central government.

“What’s important is to be optimistic in implementing [the plans],” he said.