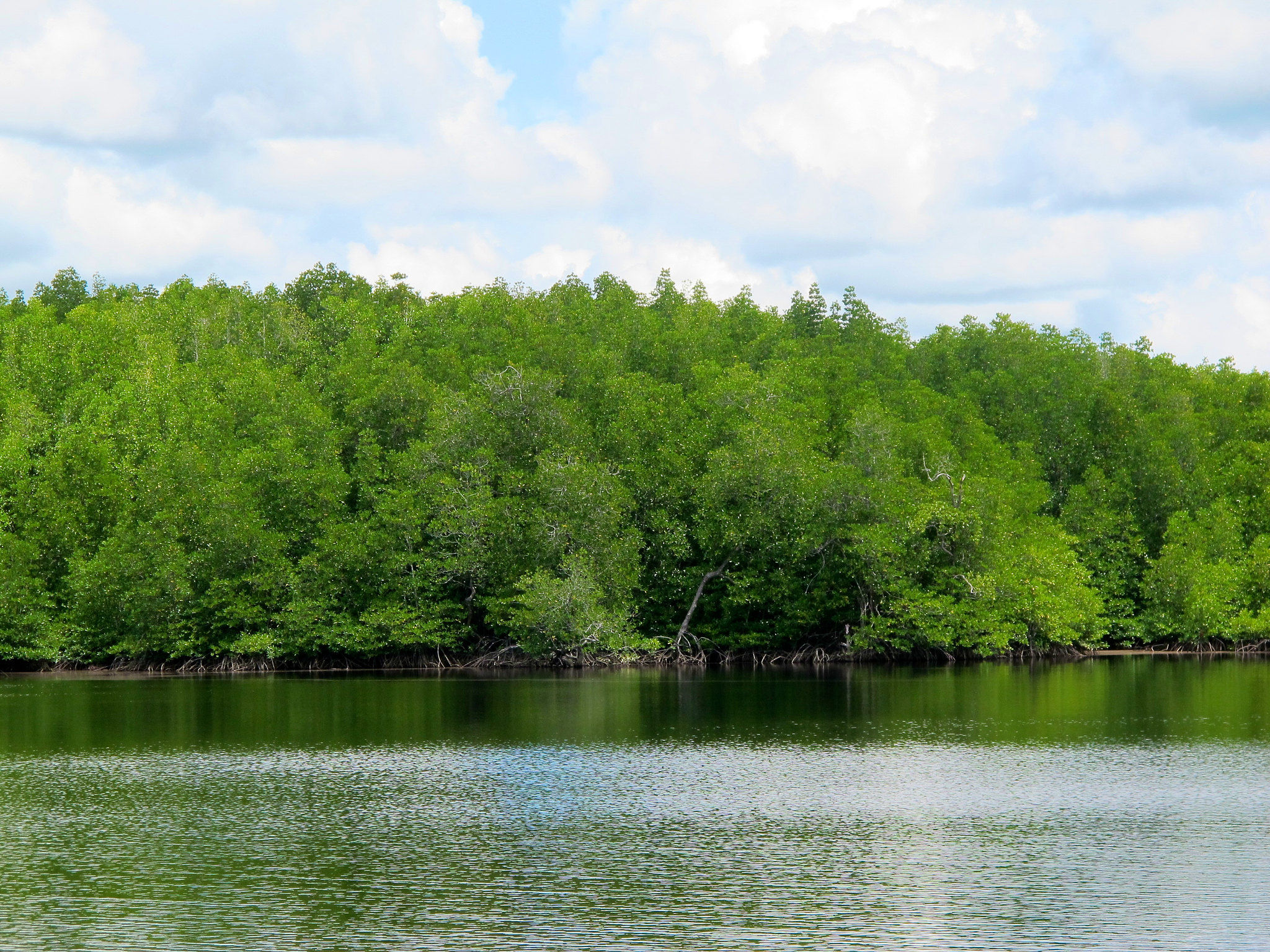 The characteristics of mangroves in a range of ecosystems – from undisturbed natural settings to areas where considerable land-use changes have occurred – should be evaluated to properly assess country-level blue carbon emissions accounting, according to new research.

While mangroves have long been recognized as significant “blue carbon” sinks and as coastal buffers against erosion caused by ocean activity and sea level rise, now scientists have shown that their carbon storage capacity varies greatly depending on a variety of ecological factors.

This discovery could have implications for Indonesia’s targets under the U.N. Framework Convention on Climate Change (UNFCCC).

“Our findings show that mangrove regeneration over the long-term has the potential to contribute to Indonesia’s Nationally Determined Contributions (NDCs) by increasing mangrove carbon stocks and offsetting anthropogenic greenhouse gas emissions from land-use change,” said lead author Sigit Sasmito, a researcher at the Center for International Forestry Research (CIFOR) and a Ph.D. candidate at Australia’s Charles Darwin University.

Almost a quarter of all mangroves worldwide are situated along 2.9 million hectares of coastline — an area roughly the size of Belgium — throughout the Indonesian archipelago. Roughly 10 percent of them – equal to half of Indonesia’s mangrove area — are in carbon-rich Papua and West Papua, the country’s easternmost provinces, where research for the study published in Global Change Biology journal took place.

Indonesia has a key role to play in nature-based climate change mitigation policy, he said, adding that scientists anticipate that future escalation of land-use change in Papua’s mangroves may result in substantial greenhouse gas emissions with implications for NDCs.

NDCs are a key part of the U.N. Paris Agreement strategy to prevent post-industrial average temperatures from rising to 1.5 degrees Celsius or higher. Under the agreement, forged as part of the UNFCCC, each country is required to provide data on greenhouse gas emissions and reductions targets it aims to meet post-2020.

The contribution of mangroves is considered a nature-based solution that can help repair the impact of climate change on the planet.

To reach their findings, local and international scientists from 18 institutions pooled resources to crunch the numbers.

The carbon stocks in estuarine interior mangroves were twice as large as stock estimates of those in open coast and estuarine fringes, because the organic soil is deeper, Sasmito said.

“We discovered there is a substantial natural range of blue carbon storage as a function of location and land-use,” Sigit said.

Previous research at CIFOR has demonstrated that coastal mangroves in Papua capture sediment containing a considerable concentration of organic carbon that can accumulate in tandem with sea level rise adaptation.

Scientists also measured the blue carbon storage capacity of mangrove ecosystems which were affected by land-use over time where rotational forest harvesting and aquaculture fishponds are present.

Carbon emissions associated with mangrove land-use change must be taken into account to ensure accurate accounting.

“But it also shows that we must proceed with caution to ensure that mangrove seedling regeneration programs are based on hydrogeomorphic suitability, rather than planting for convenience around areas of potential land-tenure conflict or inappropriate habitats including mudflats and beaches,” he added.