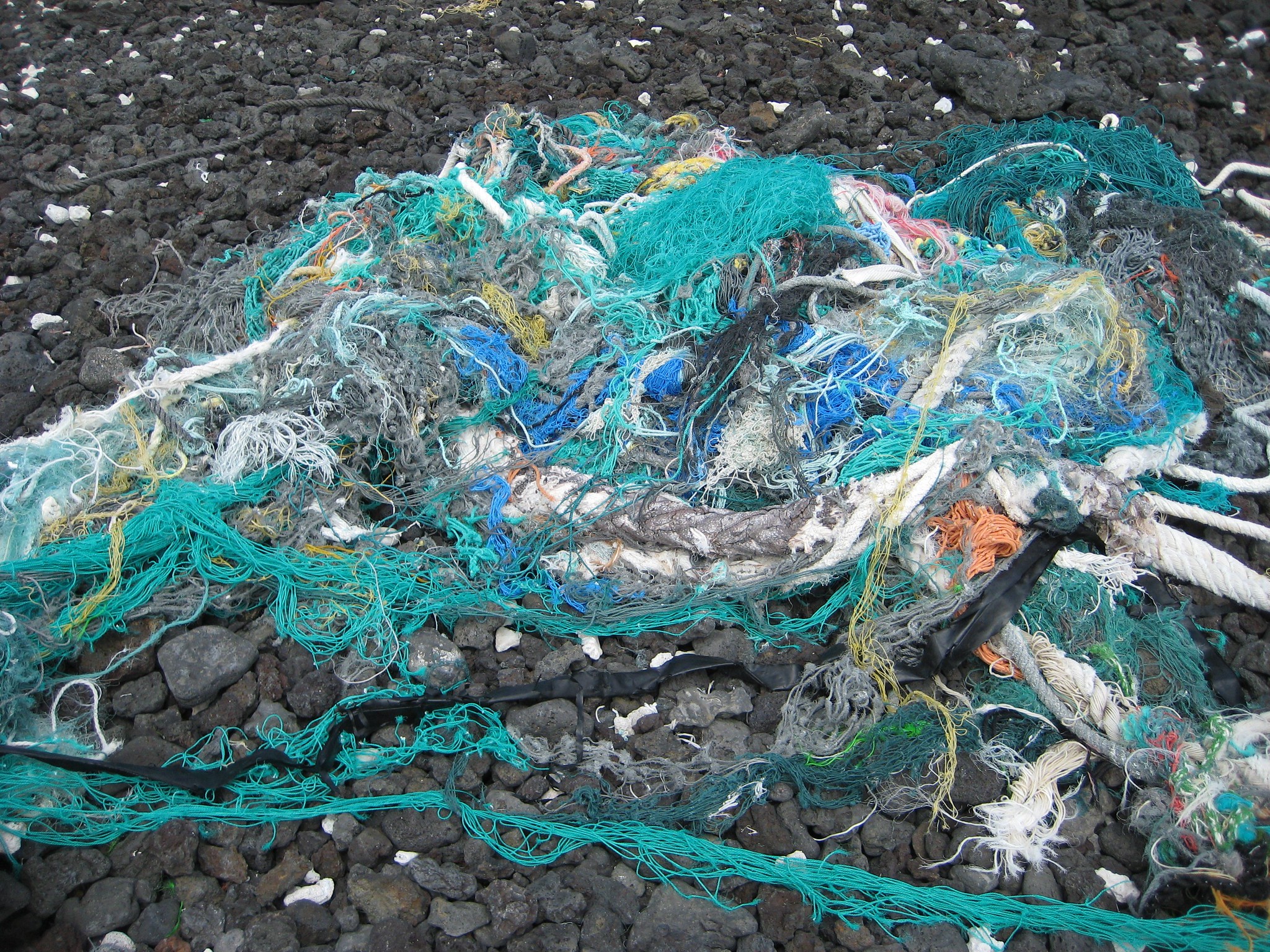 “Ghost nets” – fishing gear that has been lost or abandoned in our oceans – are a deadly menace for sea life, marine habitats and even the fishermen responsible for putting them there.

It is estimated that between 600,000 and 800,000 tonnes of fishing nets, long lines, fish traps and lobster pots are lost or dumped in the ocean each year, choking coral reefs, entangling fish, marine mammals and seabirds, and catching in boat propellers.

Some of the abandoned nets can be as big as football pitches and take up to 600 years to break down, shedding microplastics as they degrade. Estimates suggest that more than 100,000 whales, dolphins, seals and turtles get caught and drowned by ghost gear every year.

A handful of entrepreneurs around the world are now finding ways of tackling this ocean scourge and turn them into something new.

One of the fishermen, Jesuraja, says: “By extracting these nets from the sea, we in a way are cleaning the sea and earning some money. It also helps in enhancing our catch. Usually these nets get stuck in the propeller of the boat and damage our machines when we go fishing.”

Elsewhere, ghost nets are being repaired using traditional techniques and turned into volleyball nets. The Good Net project was developed to raise awareness about the problem of ghost fishing gear and has been part of the United Nations Clean Seas programme since 2019. Landor, a branding agency, created the initiative for FIVB, the organization responsible for world volleyball, and Ghost Diving, a marine conservation group previously known as Ghost Fishing.

The nets have been used for a series of volleyball matches around the world, starting on Brazil’s Copacabana beach, to highlight the damage that ghost nets cause to marine life and habitats. The project is supported by the Healthy Seas initiative, World Animal Protection and Greenpeace.

In Pakistan, the Olive Ridley Project (ORP), a turtle rescue charity, has partnered with Seher Mirza, a textile researcher at the Royal College of Arts to reuse ghost gear in creative community projects. In 2009, Mirza set up Threads of the Indus, a development project to work with traditional craftswomen and help them achieve social change within their village communities. ORP provided the project with ghost gear to be developed into accessories that the craftswomen can sell via the project’s creative outlet, S jo accessories.

In the UK, retailer Fourth Element uses nylon recycled from ghost fishing nets and other discarded waste to make swimsuits, wetsuits and rash vests. The recycled yarn is combined with Lycra to create a fabric that Fourth Element says resists damage caused by chlorinated water, heat and sunscreen lotions for up to 10 times longer than unprotected fabrics.

The company also works with a number of organizations, including Reef World and Global Ghost Gear Initiative (GGGI), to help with activities such as beach clean-ups and retrieving ghost fishing nets.