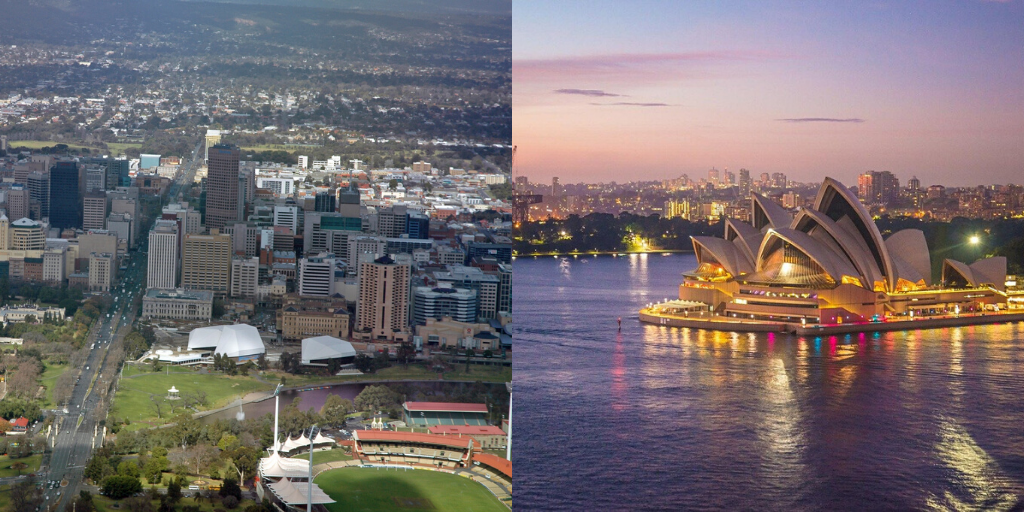 Two Australian cities are now powered using 100 percent renewable energy. The City of Sydney and the City of Adelaide have announced that as of July 1st, all city operations will be powered using renewable electricity from local sources.

Both cities have teamed up with Flow Power to make the transition to renewable energy. Through a power purchase agreement (PPA), both cities will meet electricity needs from a mixture of wind and solar power.

Sydney’s power purchase agreement is valued at $60 million and is projected to save the city more than $500,000 per year over the next decade. The agreement will also reduce Sydney’s carbon dioxide emissions by 20,000 tonnes each year.

Sydney will receive approximately 75 percent of its energy from Sapphire Wind Farm near Inverell. The Bomen Solar Farm in Wagga Wagga and the Shoalhaven Solar Farm in Nowra will provide the remaining quarter.

The switch is Sydney’s latest effort to combat the climate crisis. Australia’s largest city achieved carbon neutrality in 2007 and became officially certified in 2011. Lord Mayor Clover Moore has stated that the new PPA with Flow Power will help the city achieve its 2030 target of reducing emissions 70 percent by 2024, six years ahead of schedule.

“We are in the middle of a climate emergency. If we are to reduce emissions and grow the green power sector, all levels of government must urgently transition to renewable energy,” said the Lord Mayor. “Cities are responsible for 70 percent of greenhouse gas emissions worldwide, so it is critical that we take effective and evidence-based climate actions.”

In addition to emissions reductions, the PPA will generate jobs and support communities impacted by the coronavirus pandemic, said the Lord Mayor.

“This ground-breaking $60 million renewable electricity deal will also save our ratepayers money and support regional jobs in wind and solar farms in Glen Innes, Wagga Wagga, and the Shoalhaven,” added Moore.

The City of Adelaide’s energy needs will also be met with a mix of wind and solar power. Electricity will be provided from Clements Gap Wind Farm and new solar farms on the Eyre Peninsula and in the southeast.

“This deal will provide crucial support to new solar projects in the state, creating jobs and helping to bring more renewables into the system,” said David Evans, Flow Power Co-Founder and Director of Engineering and Projects. “We view this as a long-term partnership, which will empower the city to fulfil its ambitious climate commitments and create opportunities to support the energy system.”

Adelaide’s commitment to renewable energy is expected to halve the city’s emissions. The emissions reductions are comparable to taking 3,500 cars off the road, according to Lord Mayor Sandy Verschoor.

Transitioning to renewable energy is a major step in Adelaide’s journey to carbon neutrality. The city aims to be accredited carbon neutral by no later than 2025.

“The City of Adelaide is taking climate change seriously and this partnership demonstrates that we are taking real and meaningful action on climate change. We are leading the way in the transition to cost effective, clean and reliable energy,” said the Lord Mayor Verschoor. “From the 1 July 2020, if it’s run by the City of Adelaide, it’s being powered by renewable electricity.”

Australia is extremely vulnerable to climate change. Australia’s climate has already warmed by more than 1°C and is expected to warm as much as 5°C by 2090 without ambitious climate action.

Climate change impacts have devastated communities across the country. Australia is becoming hotter and drier due to the warming climate, creating ideal conditions for bushfires. Fueled by record-breaking temperatures and severe drought, the 2019-2020 bushfire season was especially devastating. More than 12 million hectares burned across Australia. Thousands of homes were destroyed, cities were shrouded in smoke, and more than one billion animals were killed. The bushfires emitted over 400 million tonnes of carbon dioxide.

The burning of fossil fuels is a primary cause of the climate crisis. Australia is the fourth largest coal producer in the world. Australia’s energy has been heavily reliant on fossil fuels- reports show that around 86 percent of Australia’s electricity is generated using coal and natural gas.

Cities, NGOs, and world leaders have called on Australia’s Federal Government to shift away from fossil fuels and toward renewable energy.

Through the recent commitments to renewable energy, Sydney and Adelaide are leading the way to a more sustainable, resilient Australia.