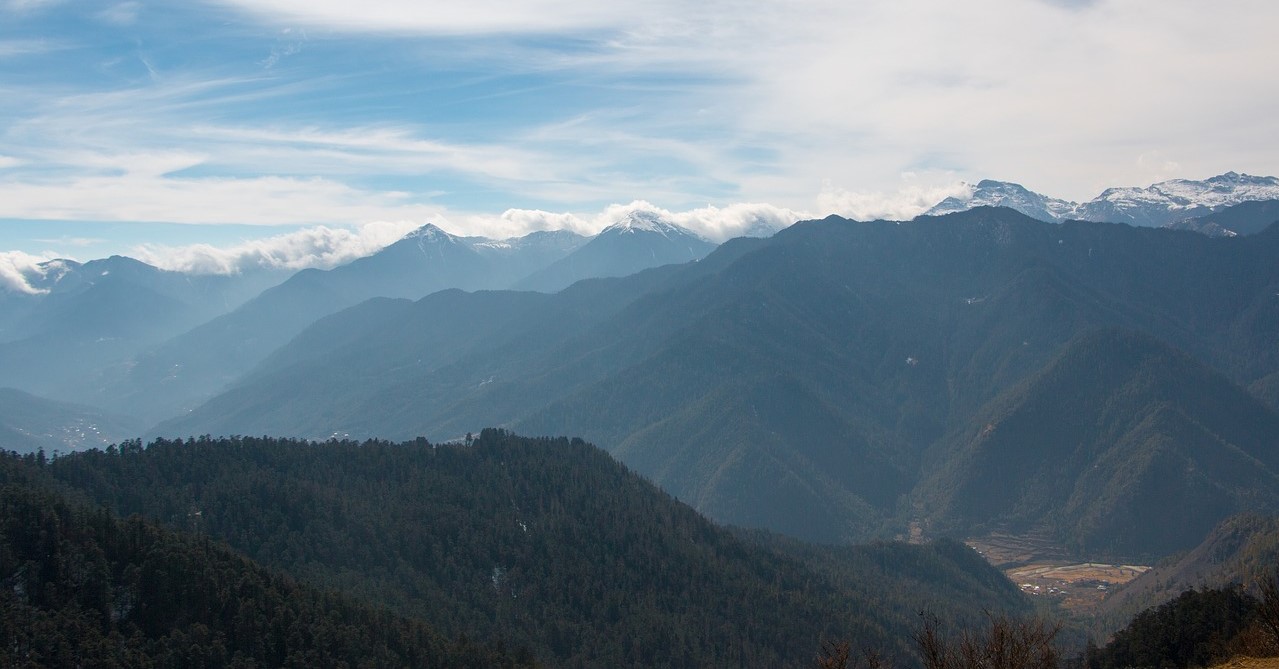 An innovative community-based forest management policy has resolved a long-simmering land-use conflict between migratory yak herders and sedentary residents in a remote area of Bhutan.

Where once grazing livestock nibbled vegetation and trampled seedlings, a plantation forest now provides environmental stability and an improved quality of life. The outcome of revised policies and strategic planning, a designated corridor for animals means that water is no longer polluted by cattle and that feuds have subsided.

This is only one in a series of changes brought by a forest restoration program introduced more than 80 years ago, which scientists say could serve as a model for other countries trying to meet environmental targets. By law, at least 60 per cent of Bhutan must be forested, a target the country, which is carbon negative, has achieved and exceeded.

“In fact, although policy on forest restoration has formally been on the books since the 1990s in Bhutan, it was informal policy from at least the 1940s, when the government encouraged people to plant trees on degraded lands near their settlements,” said Prem Bahadur Rai, senior researcher with Bhutan’s Ugyen Wangchuk Institute for Conservation and Environmental Research (UWICER), and  the lead author on a new research paper published in Forests journal.

In the study, which aimed to determine the impact of planted forests on livelihoods in Bhutan, researchers observed that local community participation in forest resource management can invigorate sustainable practices, enhancing potential livelihood benefits, while also boosting carbon storage capacity.

“Community-based forest management aims to conserve forests while contributing to general economic development and improvement,” said Himlal Baral, co-author on the new article and a senior scientist with the Center for International Forestry Research (CIFOR). “By empowering people with a direct stake in forest resources to be part of decision-making in all aspects of forest management, their views contribute to shaping policy.”

Early in the 1990s, the Bhutanese government revamped old policies that had nationalized forests in 1969. By default, those policies had excluded local communities from their traditional rights to resources. Now, new decentralized policies embrace conservation, protection and restoration through prioritizing the participation of local communities, according to the article in Forests journal.

As those replanted areas began to reach maturity, scientists conducted a survey in communities involved in the plantation to learn more about how local communities perceived the program and its outcomes.

“In general, we found that the perceptions by villagers of the value of planted forest ecosystems was significant, but still lower in comparison to natural forests in Bhutan,” Rai said. “We observed that the original problems that inspired forest restoration in degraded areas – including soil erosion and shortage of wood resources – seem to be partly mitigated by community efforts to establish plantations and their absorption into larger forested areas.”

In Bhutan and many parts of Asia, a vicious circle of land degradation is sparked and spirals further out of control as poor quality land leads to more competition for food, which in turn leads to further expansion of agricultural land into forests,” Baral said, adding that after reforestation, local communities experienced positive results, with less downstream flooding and soil erosion.

“They also derived benefits from a higher volume and quality of water, and conflict over land use and management between migratory yak herders and sedentary residents was resolved,” he said.

Bhutan’s actions are part of a growing global trend, which recognizes the vital role of local communities in forest conservation, protection and restoration. The strategy also involves mandatory tree planting – whether afforestation, reforestation or community plantation – where land is devoid of vegetation.

“General acknowledgement exists among community-based forest management groups that forests — including planted forests — provide multiple benefits, replacing the historic view that forests are valuable only for timber production,” Baral said. “This paradigm shift facilitates the smooth implementation of forest policies in Bhutan, where the success of forest management is very much dependent on the participation of local communities.”

Both study sites are mountainous areas dominated by broadleaf, mixed conifer, chir pine and fir, featuring varied topography and climate. Most people practice subsistence farming on the few arable patches in these landscapes with very steep hillsides. Herding is also common, with yaks and cattle grazing open fields and browsing in the forests. The trees planted by the program that initiated the restoration include cypress (Cupressus sp.), Cryptomeria sp., and oak (Quercus sp.), and local residents regularly pruned the trees, cut brush and practice “social fencing,” whereby community members patrol the forests on the lookout for intruders.

In addition to the expectation that these planted forests will yield important timber resources in the near future, residents highlighted a suite of ecosystem services they currently enjoy from these stands, including leaf litter for animal bedding, leaves for use as incense, mushrooms and fern fiddleheads for household use or sale,  protection from erosion and landslides, and aesthetic value.

“Many studies on forest ecosystem services and forest resource management have focused mainly on ecological and economic values, paying scant attention to social values,” said Robin Sears, a CIFOR associate scientist and a collaborator on the project. “In our study, in general, the perceptions of villagers of the value of the planted forest ecosystem to local communities ran across the three categories, with cultural and aesthetic values right up there with the ecological benefits.

Yet, overall it was clear to the researchers that the water regulating services of the planted forests were the most appreciated across the study sites.

“Soil erosion on the degraded land was by far the most urgent problem that needed to be addressed in these communities, and community members clearly saw that the new forest cover helped to reduce both erosion and flooding,” Rai said.

Citing some of the challenges with these initiatives introduced in the context of the reforestation project’s oversight, local community members involved were in agreement that basing decisions on local knowledge and community values would yield the best results, he added. For example, some of the plantings failed due to poor soil quality, lack of direct watering source and grazing by cattle.

Debate continues to swirl around the relative benefits of planted forests on ecosystem services. Some scientists argue that they can mitigate climate change, support biodiversity and take economic pressure off of native forests, but others disagree, suggesting that planted trees do more harm than good and do not benefit the environment.

“In Bhutan, the returns highlighted by the local residents to this research team were overwhelmingly positive,” Baral said.

By 2018, there were more than 780 designated community forests covering 92,000 hectares in Bhutan, and involving more than 32,000 households.

“This study indicates that community-based forest restoration on degraded lands is a feasible approach to achieve such national commitments as the Bonn Challenge,” Baral said, referring to an international initiative through which more than 60 countries have committed to restore 150 million hectares of deforested and degraded land by 2020 and 350 million hectares by 2030.