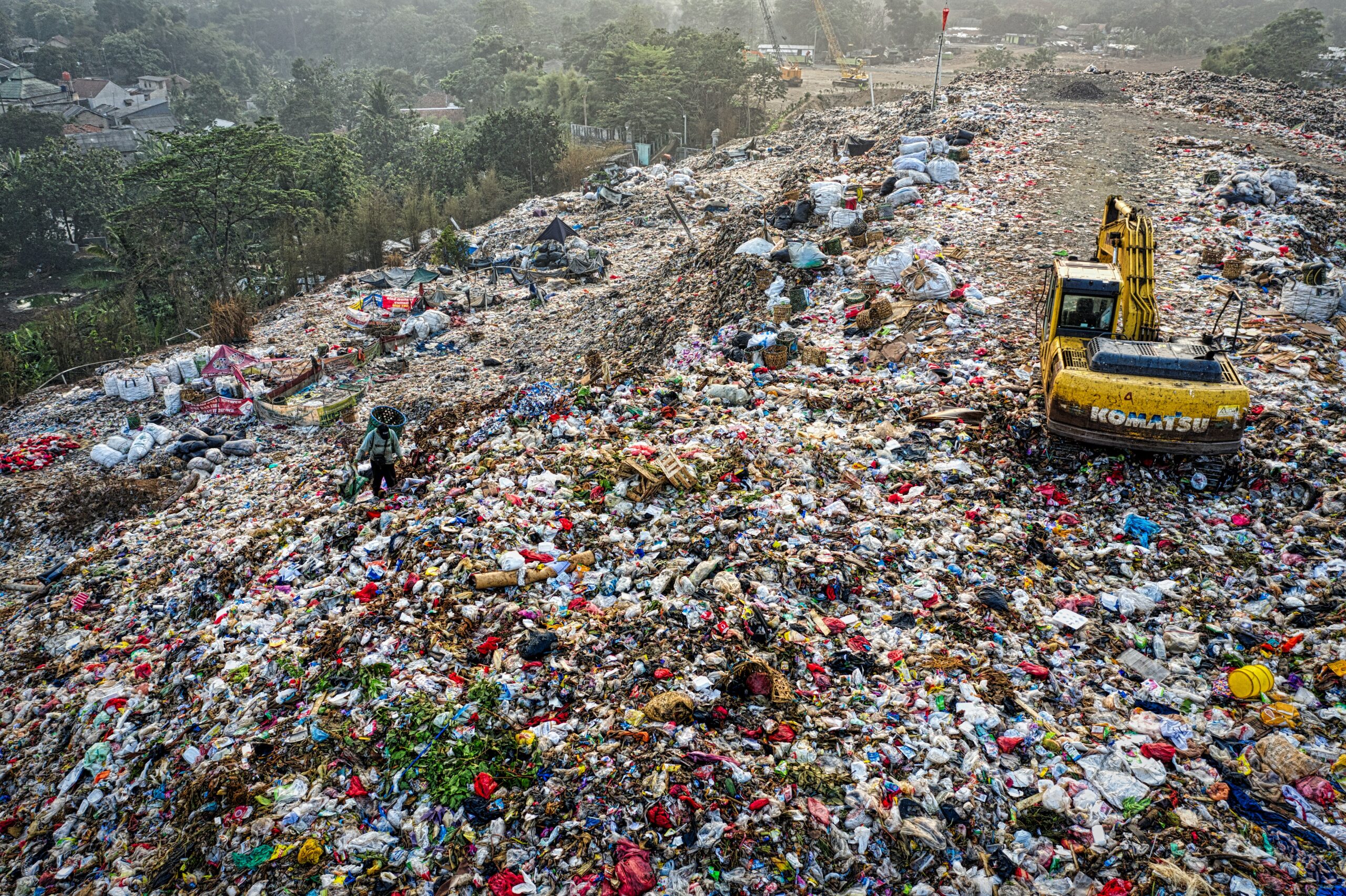 Every year, we create 380 million tonnes of plastic worldwide, and the demand for plastic is still on the rise amid rapid development and population growth. On our current trajectory, by 2050, there will be 12 billion metric tonnes of plastic in landfills and plastic will outweigh fish in the ocean.

Plastic isn’t just a waste issue, however. Around 8 percent of the world’s oil production is used to make plastic and power plastic manufacturing plants, spewing out massive amounts of greenhouse gas emissions in the process. With this figure expected to rise to 20 percent by 2050, plastics are a huge driver of the climate crisis as well.

But the impact of plastic isn’t evenly spread – countries in Asia are completely engulfed in plastic and its related environmental health damage. Since China banned waste imports in 2018, a number of Southeast Asian countries have effectively turned into a dumping ground for millions of tonnes of contaminated waste from advanced economies.

Recent reports have documented how overwhelming plastic waste has led to tofu makers to burn toxic plastic as fuel in Java, Indonesia – a process harming the health of communities and spews pollution into the air.

Governments have been slow to act, according to a recent report by Singaporean environmental consultancy GA Circular. Analysis from the report, which comprises data from Indonesia, Vietnam, Thailand, Myanmar, Malaysia and the Philippines, concludes that the authorities are failing to support widespread industry adoption of recycling targets, and are not providing accessible collection infrastructure for the informal and business sector to take part in solving plastic waste.

So instead, grassroots activists in Asia are taking the fight into their own hands.

In the Indonesian island of Bali, local project Sungai Watch is installing 100 trash barrier booms that are made from local materials, easy-to-assemble and are cost-effective across the island’s rivers to catch plastic litter. The same plastic booms had been employed along Citarum river on the main Indonesian of Java, the country’s largest and most polluted river.

Meanwhile, in India, the city of Ambikapur has set up a Garbage Café to feed people in exchange for collected plastic waste, which will go towards local road construction projects. The scheme – which encourages waste pickers to find value in plastic litter while giving hungry people a hot nutritious meal – has become a popular concept and plans have been rolled out to set up more “garbage cafés” across the country.

Also based in India is rePurpose,  a movement seeking to fund the operational cost to collect and reuse low-value plastic in cement kilns. Often mixed with other materials such as foil and paper, low-value plastics are difficult to recycle and are considered too unprofitable to be collected. Subsidising the ethical collection and recycling for exactly this type of plastic, the organisation hopes to create a circular economy that can divert some of the plastic pollution engulfing the region’s seas and landfills.

But while other organisations are working on collecting, redirecting and recycling plastics, a young scientist in the Philippines is creating a new blend of plastic that seeks to replace conventional plastic production altogether. Denxybel Montinola, who recently graduated from the University of San Carlos, created an ingenious water soluble plastic with two biopolymers, pectin and carrageenan found in locally abundant mango peels and seaweed.

Another Filipino anti-plastic crusader is Froilan Grate, a community activist working alongside The Mother Earth Foundation to pressure manufacturers for real change. After years of leading local initiatives to improve recycling awareness, Grate led a team to audit plastic waste collected along the country’s shorelines and named and shamed brands that were found to be responsible for the most pollution, such as Nestlé, Unilever and P&G.

His tactic appeared to work – after being invited to a meeting with the leaders of multinationals, the companies each signed onto Loop, a Franco-U.S. circular delivery service that operates on a reuse-and-return system. Since its launch in 2019, the company is paving its way for rapid international expansion, including Japan and Australia.

Meanwhile, volunteers in Thailand are taking the plastic pollution into their own hands by creating an entire movement encouraging everyone to pick up trash from beaches. While the Trash Hero Kids Movement is a global initiative, the campaign has built strong roots in Thailand, where volunteer-led projects include trash-picking meet-ups, creating programmes to educate children about environmental protection, and offering locals long-term solutions to ditch single-use plastic for good.

This story originally appeared in Green Queen and is republished here as part of Covering Climate Now, a global journalism collaboration strengthening coverage of the climate story.