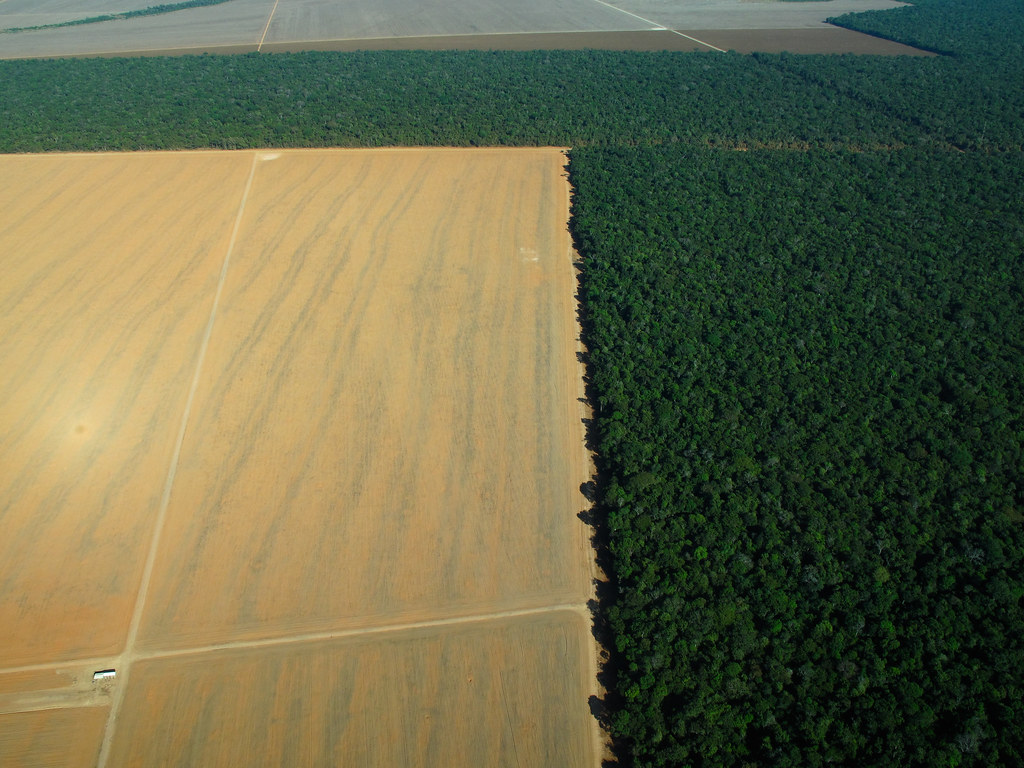 A new study published in Nature Communications has quantified for the first time exactly how much deforestation decreases rainfall in the Amazon rainforest – and has put a price on it.

According to the analysis carried out by scientists at the Centre for Remote Sensing at the Federal University of Minas Gerais (UFMG), Brazil’s booming cattle and soy sectors can soon expect to start losing a billion dollars per year under a business-as-usual or weak-governance scenario, as continued deforestation plays havoc with the biome’s ability to regulate rainfall patterns.

With most of the country’s crops and pastures dependent on rain, it is putting the entire agricultural system in the southern Amazon on a path toward what Argemiro Teixeira Leite Filho, a forest engineer at UFMG and lead author of the paper, calls agro-suicide.

The researchers investigated the relationship between forest loss and rainfall patterns over the years 1999 to 2019, looking at different geographical scales across the southernmost 1.9 million square kilometers of the Brazilian Amazon. That area is one of the most heavily farmed, with about 80 percent of deforested areas turned into pasture.

Analyzing satellite image data on areas of 28 square kilometers, 56 square kilometers and 122 square kilometers, they found that while precipitation increased in smaller units for a period of time, once about 58 percent of the tree cover was gone, it declined steeply with each 10 percent of additional forest loss reducing rainfall by just over 60 millimeters a year. Doubling the area brought the critical threshold to where rainfall declines to about 40 percent of the forest cut down, and to 23 percent in the 122-square-kilometer areas.

In other words, Leite Filho explains, “the idea that deforestation on a small scale augments rainfall, or that the critical level of deforestation that brings you to a breaking point is less at a small scale, is one that doesn’t correspond to reality at a larger scale.”

As a result, he adds, “you can’t fight deforestation in a specific region and not in others, because removing forest on my property may not affect me, but it will affect my neighbor.”

The study also illuminates a seemingly paradoxical phenomenon: that as forest is cut down there is a lot more rain. But that temporary increase, says Leite Filho, is due to the albedo effect that occurs as the cleared land reflects more energy and draws in more of the surrounding humidity. “It’s by taking humidity from somewhere else,” he says. “So this illusion that deforestation increases rainfall doesn’t correspond to what happens when we raise the scale. It can increase the rain in one place but by hurting other places.”

Perhaps the most attention-grabbing aspect of the study, however, has to do with the financial projections Leite Filho and his team included in the paper on the impact of land cover change on agricultural productivity itself. Their study area – the states of Mato Grosso, Acre, Amazonas, Rondônia, Pará and Tocantins – has already been stripped of almost a third of its forests. Last year alone, the National Institute for Space Research (INPE) reported a loss in the region of 11,000 square kilometers, an increase of 143 percent from 2012. Consequently, some areas are already seeing rainfall reductions of as much as 48 percent.

Computer modeling based on two scenarios – weak governance and strong governance – provided concrete predictions on the decline of productivity from 2015 to 2050. Under a weak governance scenario, implying yet more agricultural expansion in the region, the economic damage would amount to a total of USD 5.6 billion for soy and just over USD 180 billion for beef at their current value on the commodities markets.

“In other words,” the paper states, “Brazil may have passed a threshold at which further Amazon deforestation translates into direct economic damage. Deforestation does not only result in carbon dioxide emissions and irreversible loss of globally valued biodiversity, but it also imposes massive productivity losses worth up to USD 1 billion annually on the region’s agribusiness.”

That data has received a lot of interest in Brazil, garnering attention in agribusiness journals and news sites that rarely recognize the country’s dire environmental situation. The inclusion of that data was very much intentional, says Leite Filho. “The situation for those of us who work with science and the environment has become extremely difficult because we are seeing the destruction of the environment right in front of our eyes, and at the same time, we are proving the opposite case,” he says. The only way to stir up a debate about the importance of conserving the Amazon, he says, “was to put attention on the money, because as far as the environmental part is concerned, the (agribusiness sector) doesn’t want to be convinced.”