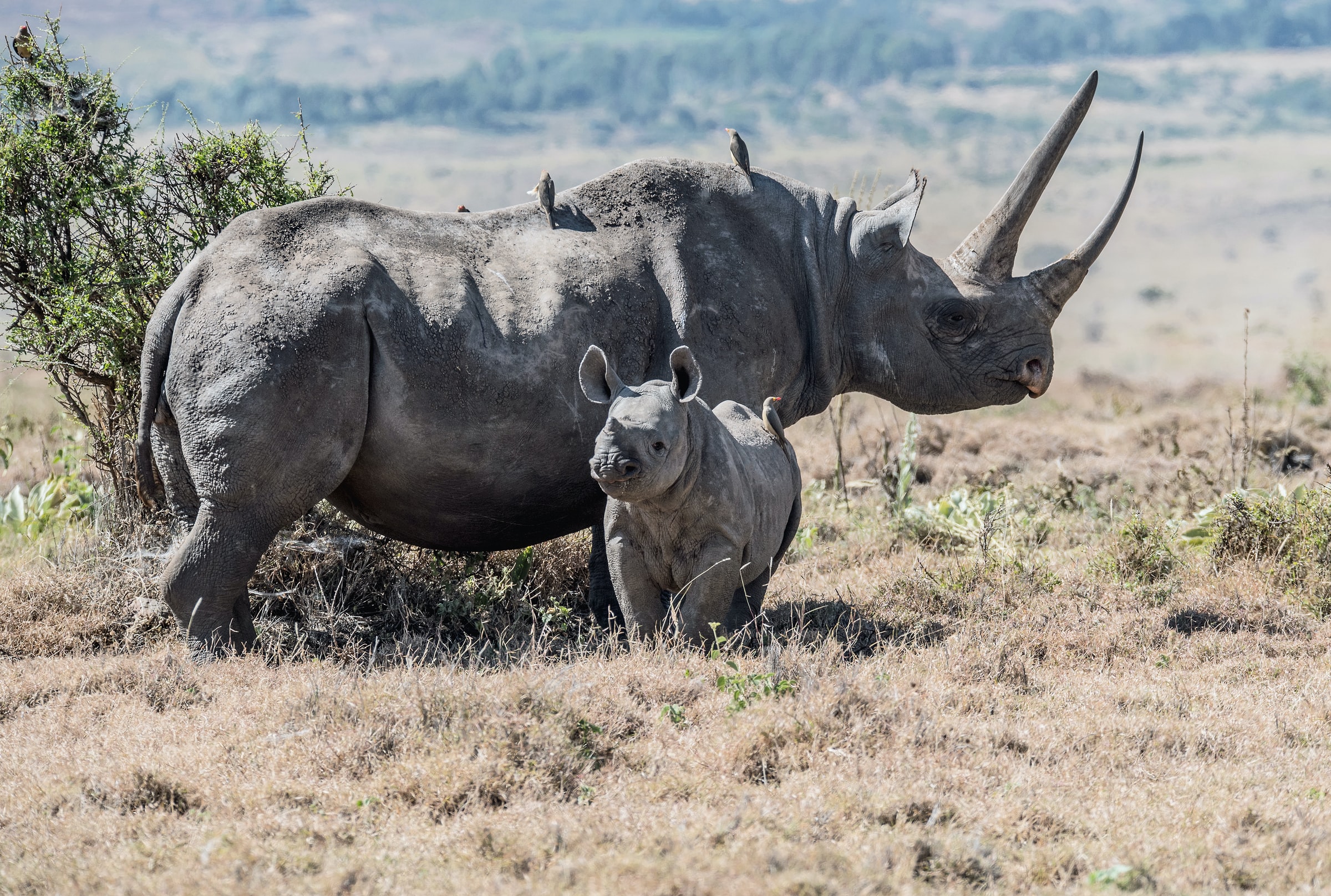 When asked about illegal activity around the world, areas that most people would consider would include drugs, human trafficking and arms. What may not immediately spring to mind is the illegal trade in wildlife and wildlife products – but this is actually the fourth largest global crime estimated at between $7 and $23 billion per year, often run by sophisticated, international, and well-organized criminal networks.

Cost of conservation efforts is increasing

Most wildlife trade is legal and by no means always a problem, but when coupled with the industrial-scale illegal activities and the general decline of species on earth, with world animal populations declining by almost 70 percent in 50 years, we face the prospect of living in a world without some of its most iconic species.

Black rhino populations, in particular, are under immense pressure, with numbers in the wild dropping from 70,000 in 1970 to only around 27,000 today, and it is reported that 96 percent of black rhino have been poached between 1972 and 1996. Driven by demand for rhino horn, which has reached unprecedented levels, pushing up prices and poaching levels, with horn values reportedly having reached up to USD 60,000 per kg. The resulting illegal trade is pushing rhinos towards a tipping point, where deaths will start exceeding births.

As a result of these pressures, the costs of conservation efforts to protect black rhino populations are increasing. Many protected areas face funding gaps, with traditional sources of funding becoming insufficient in keeping pace with such a sophisticated and large-scale criminal operation. Conservation managers are struggling to raise the money required for the day-to-day management and protection of rhinos, let alone what might be needed to sustain their efforts over the long term.

Unfortunately, this is a reflection of the broader biodiversity conservation challenge. According to the 2020 “Financing Nature: Closing the Global Biodiversity Financing Gap” report by the Paulson Institute et al, there is an annual funding gap to conserve biodiversity and ecosystems estimated at between $598bn to $824bn per year over the next decade.NATURE

It’s a complicated problem that brings together high demand and organized crime at a global level, with poverty, corruption, inadequate enforcement, and political instability at a local level. Creating long-term financing solutions for conserving species and engaging people through developing livelihoods will depend on changing the way conservation is funded.

Beginning to address this problem requires an approach that can be targeted and scaled; that marries investment opportunities with measurable improvements. And one such solution now exists – the “Rhino Bond”, which looks to directly link the outcomes of rhino conservation to investor pay-out, and investment success.

Rhino populations are concentrated in Africa, and they are further concentrated in South Africa which holds an estimated 79 percent of Africa’s rhino population. They are considered an umbrella species that play a crucial role in shaping entire ecosystems on which countless other animals depend.

Also known as the “Rhino Bond,” the WCB is a five-year USD 150m sustainable development bond which will contribute to protecting and increasing black rhino populations in two protected areas in South Africa: the Addo Elephant National Park and the Great Fish River Nature Reserve. Proceeds from the bond will support the financing of the World Bank’s sustainable development projects and programs globally, a number of which are focused on biodiversity. Instead of being paid to investors, coupon payments on the WCB, $10 million, will be paid to the two protected areas to fund rhino conservation.

It is hoped that the bond will:

Measuring success by the number of black rhino populations

What is special is that the Rhino Bond is a financial instrument that channels investments to achieve specific conservation outcomes – measured in this case by an increase in black rhino populations. It includes a potential performance payment from the Global Environment Facility (GEF) based on any growth rate in rhino populations. Critically, the model is anchored in metrics and evidence, which encourages stakeholders to analyse and understand conservation issues, define progress and focus on results, therefore shifting the focus from short-term outputs to long-term impacts.

Through the WCB, private sector investment can be made directly towards the financing of activities to protect and grow a critically endangered species, with additional potential benefits of contributing directly to biodiversity, and bringing jobs to local communities through the creation of conservation-related employment in a rural and underserved region of South Africa. This further enhances a mindset shift for communities who have rich natural capital resources on their doorstep, which is critical to the long-term success of species currently under threat.

The WCB model provides a new blueprint for the way conservation is financed and has the potential to be a key enabling tool for the delivery of the post-2020 Global Biodiversity Framework. Excitingly, there is scope for the model to be replicated and scaled to address other conservation and climate actions and development objectives around the world, for example elephants, and even specific protected areas themselves.