Home World Do we need a wildlife crime convention? 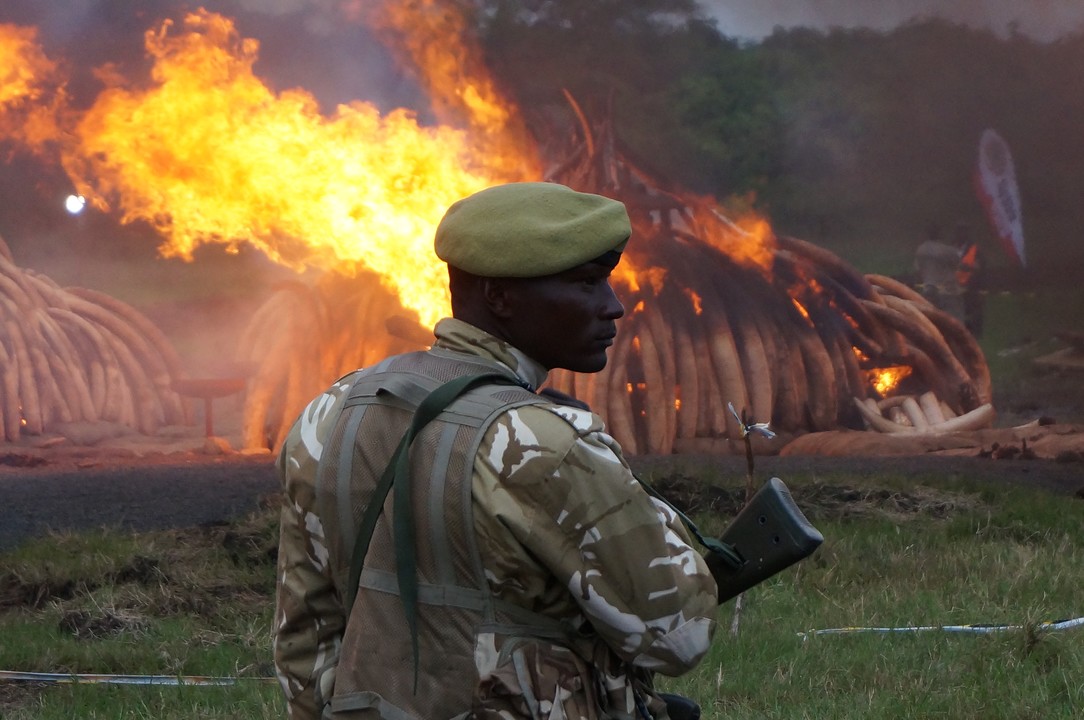 In the absence of such an agreement, CITES, the Convention on International Trade in Endangered Species of Wild Fauna and Flora, a trade convention created to regulate wildlife trade, has done much of the heavy lifting in responding to the surge in wildlife crime. Given its mandate, this effort has been limited to international illegal trade in CITES-listed species.

Wildlife crime is worth billions, yet no global agreement exists to fight it

In recent years, the UN General Assembly (UNGA) has adopted dedicated resolutions on “tackling illicit wildlife trafficking”, namely in 2015, 2016 and 2017, the content of which was largely informed by decisions taken by CITES and the UN Crime Commission, with the initial UNGA resolution being called for by the UN Environment Assembly.

CITES is a trade convention

CITES is a trade convention that uses trade-related measures to achieve its conservation objectives. It regulates legal trade[iii] in specimens of listed species and it seeks to combat illegal trade, being trade that violates the provisions of the convention[iv].

CITES covers international trade, not domestic trade or poaching, and it only applies to those species of animals and plants that are listed on the CITES Appendices. They currently include around 36,000 species.

CITES is a trade convention, not a crime-related convention

CITES is not a crime-related convention and, while it obliges countries to penalise trade that does not comply with the Convention, it does not oblige countries to criminalise illegal wildlife trade[v]. CITES has been aptly described as a convention that “defines the rules that the traffickers seek to circumvent.”[vi]

CITES is not a natural forum for the enforcement or wider criminal justice community, which comes together at meetings convened by entities such as INTERPOL, UNODC  the World Customs Organisation. Yet the involvement of each of these entities is essential for combating wildlife crime.

During my tenure as Secretary-General[vii], we sought to embed CITES into the work programmes of each of these entities, including through the creation of the International Consortium on Combating Wildlife Crime (ICCWC)[viii], and working directly with each ICCWC partner, from the highest-level to the operational level. We directly engaged with the UN Crime Commission and the two UN Conventions and invited the INTERPOL Wildlife Crime Working Group to meet in the margins of CITES 17th meeting of the Conference of the Parties (CoP) in Johannesburg in 2016.

We had good success. CITES Parties, together with their authorities and Secretariat[ix], with of many others, have done a remarkable job in helping to create a global legal and policy framework for combating illegal wildlife trade and in attracting international attention, as well as financial and technical support, for this critical issue. It has also established strong partnerships with all of the key players, including the partners in ICCWC.

The gains made over the past decade have been significant, but gaps remain in this framework

The gains made over the past decade have been significant and we are seeing some signs of a turnaround, but these gains are fragile, and gaps remain in the framework created for combating these serious crimes. Addressing them requires us to look beyond CITES.

The strengths and limitations of CITES

CITES was established to regulate trade in wildlife. It has, since coming into force in 1975, become increasingly involved in efforts to combat illegal wildlife trade and in recent years it has played a leadership role, including at the intergovernmental level. The strengths and limitations of CITES, as a trade convention, in combating illegal wildlife trade is well reflected in the 2016 UNODC World Wildlife Crime Report.

The Report notes that CITES allows countries to reciprocally protect one another’s species according to a common set of rules and an agreed list of species and it provides a means for cooperation against trafficking. It concludes that, within its mandate, CITES is “an agreement of remarkable scope and power”[x], an observation I fully agree with.

“Millions of species” that are not listed by CITES may be illegally harvested and traded, especially timber and fish

The Report also notes that “millions of species” that are not listed by CITES may be illegally harvested and traded, especially timber and fish, it does not cover illegal harvesting or poaching or define wildlife crime, and domestic markets are beyond its reach.[xi]

In the absence of any globally agreed definition, the Report defined wildlife crime as “harvesting and trade contrary to national law.”[xii]

While great gains have been made under CITES in combating illegal wildlife trade, its mandate has been stretched to address this serious threat to wildlife. During my time as Secretary-General, some would challenge me on the extent of CITES efforts to combat illegal wildlife trade, noting its origins as a trade convention. As CITES was the only global convention with any mandate for dealing with the issue, it was imperative that we did so.

Fortunately, things have changed for the better since 2010 and many entities, including each of the ICCWC partners, now have strong mandates and programmes on combating illegal wildlife trade, which has changed the overall landscape.

Do we need more than CITES?

A comprehensive legally binding regime for tackling wildlife crime, within the framework of international criminal law rather than trade law[xiii], is beyond the scope of CITES.

A comprehensive legally binding regime for tackling wildlife crime, within the framework of international criminal law, is beyond the scope of CITES

CITES, the UNODC and UNGA all call for illicit wildlife trafficking that involves transnational crime to be treated as a serious crime. These terms are defined by the UN Convention against Transnational Organised Crime.

Wildlife crime has not, however, been brought within the formal legal framework of the Convention, which has adopted protocols[xiv] for a number of other serious transnational organised crimes, namely on trafficking in persons, smuggling of migrants and illicit manufacturing of and trafficking in firearms, each of which are defined within the protocols.

Over recent weeks, due to the good work of Customs authorities, we have been reminded of the scale and nature of illegal wildlife trade, with massive seizures of illegally traded wildlife being made in Hong Kong SAR, Malaysia  Uganda. The need for follow-up investigations, prosecutions and convictions has been highlighted by many, included.

The industrial scale and nature of illegal wildlife trade has severe consequences for people, wildlife and entire ecosystems. These are serious transnational organised crimes that are fueled by corruption. They are both domestic and international in nature, and affect CITES-listed and non-listed species. Having no agreed definition of wildlife crime can present challenges for enforcement authorities. In light of these facts, do we need an international agreement that can take a more comprehensive approach to wildlife crime than CITES is able to do?

Do we need an international agreement that can take a more comprehensive approach to wildlife crime than CITES is able to do?

What would an international agreement on wildlife crime do?

An international agreement[xv] on wildlife crime could deal with all aspects of wildlife crime in a coordinated way. This could include, obliging countries to criminalise certain wildlife crimes, enhancing cooperation across international borders, including the exchange of information, training and technical assistance, providing a common agreed definition of wildlife crime that addresses illegal harvesting, poaching and illicit trafficking, and assisting CITES Parties to enforce its provisions through the criminal justice system. It could apply to CITES-listed species as well as species that are being illegally exploited by transnational organised criminals but are not yet listed under CITES.

Would an international agreement on wildlife crime enhance the overall law enforcement effort?

Would such an international agreement, embedded in the framework of the UN Convention against Transnational Crime through a protocol to the Convention, see more countries treat wildlife crime as a serious crime, serve to further embed combating wildlife crime in the criminal justice system, deepen international cooperation and the involvement of police and prosecutors, and thereby enhance the overall law enforcement effort?

It is an open question that would benefit from further inputs before drawing any final conclusions, but perhaps the time has now come to start having a serious conversation around the topic?

John Scanlon is the Special Envoy for the African Parks Network. Prior to joining African Parks, John served as Secretary-General of CITES from 2010-2018. Over the course of a 30-year long career spanning Australia, Germany, Kenya, the Russian Federation, South Africa and Switzerland, John has gained a unique range of experience on environment and sustainable development governance, institutions, law and policy at the international, national, sub-national and local level and across multiple disciplines. His experience has been gained in senior positions with the private sector, in government, with international organisations and the United Nations, as a leader, manager, policy adviser and legal practitioner.

[iii] There are about 1,000,000 trade transactions reported annually under CITES.

[iv]Illegal wildlife trade, or illicit wildlife trafficking, under CITES includes trading commercially in wild-taken specimens of Appendix I listed species and failing to obtain, or to follow the conditions within, the necessary permits or certificates to trade in Appendix I, II or III listed species, as well as the illegal possession of specimens illegally imported.

[ix] The Secretariat includes enforcement professionals. CITES two Chiefs of Enforcement Support, John Sellar OBE (to 2011) and Ben Janse van Rensburg (since 2011) are both seasoned professionals with extensive policing experience and networks in the enforcement community.

[xiii] One that covers both domestic and international issues, obliges countries to criminalise serious wildlife crimes, and includes species that are targeted by transnational criminals but are not listed under CITES.

[xv] As a protocol under the UN Convention against Transnational Organised Crime.