advertisement
Home Climate Data from Earth’s past holds a warning for our future under climate... 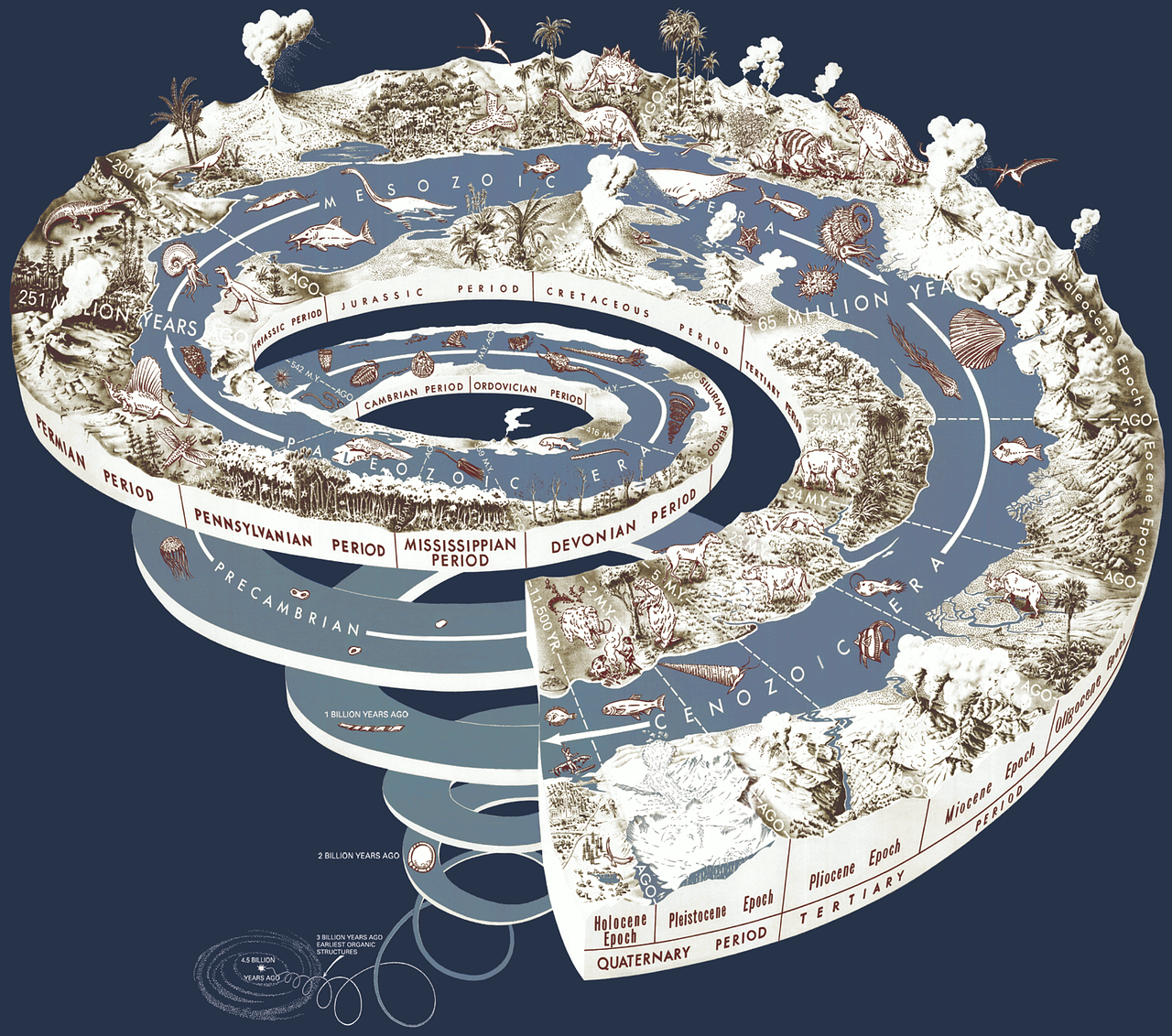 ‘Those who cannot remember the past are condemned to repeat it.’ – George Santayana

Our planet’s climate recently achieved a disturbing milestone in history, with atmospheric carbon dioxide levels reaching 415 parts per million (ppm). The last time CO2 levels were so high occurred more than two million years ago during the mid-Pliocene.

Over the years, significant research has been carried out to reconstruct levels of atmospheric CO2 over geologic time. These reconstructions indicate that during the Miocene (5 – 23.5 million years ago), CO2 levels were around 400 to 500 ppm; during the Oligocene (23.5 – 33.5 million years ago), levels ranged from 500 ppm to 1,000 ppm; and during the mid-to-late Eocene (33.5 – 55 million years ago), levels ranged from 1,000 to 1,600 ppm. CO2 levels declined very slowly from the Eocene to the pre-industrial time period. This slow decline in CO2 is best explained as having occurred because geologic uplifted rock was weathered as a result of increased rainfall, the result of warmer, wetter conditions. That falling rain collected CO2 from the atmosphere and deposited it on rock, where chemical reactions led to the eventual transport of the carbon to the oceans.

Projecting Earth’s future by studying its deep past

Thus, over geologic time, Earth has performed long-term climate experiments with varying levels of atmospheric CO2. By combining geologic, geochemical, palynological, and paleobotanical data, scientists have created time slices of Earth’s past warm climates. The synthesis of these data clearly indicates a much warmer Earth for past periods – when CO2 concentrations were greater than they were during pre-industrial time.

These past warm climates are radically different from any the human species has experienced. For example, during the Eocene, crocodiles lived near the Arctic circle and palm trees thrived at high latitudes. The polar regions were much warmer than the mid-latitudes, leading to climate states unable to support large ice sheets. Sea levels were up to 200 feet higher than they are presently, with far fewer large ice sheets. Overall, deep-time geologic researchdefinitively shows that atmospheric CO2 is a major driver of Earth’s climate.

Can paleoclimate science tell us anything more about how the climate responds to a rapid shift in carbon dioxide levels? The poster child response to this question lies in the Paleocene-Eocene Thermal Maximum (PETM), which occurred 55.6 million years ago. During that time, an injection of volcanic carbon led to a 5 to 6°C increase in global temperature. That release of carbon took place over 10,000 years, with the warming event lasting around 120,000 years.

Current rates of carbon emissions are much higher than those that occurred at the onset of the PETM. Although the PETM is not a direct analogue for what is happening now, it can tell us how carbon affects Earth’s climate processes. The bottom line: Inject carbon into the atmosphere and the Earth warms.

Clear messages gleaned from Earth’s past

Current PETM research is focusing on Earth’s water cycle. These studies indicate that the seasonal cycle of rainfall and extreme rainfall events dramatically changed during the warming event. Geologic sites on what are now the east coast of North America, the west coast of Spain, and the east coast of China show significant increases of river-transported material associated with heavy rainfall events. That is a result of increased water vapor, amplified atmospheric transport of the vapor, and its transformation into rainfall. There is every reason to expect changes in these same physical processes will take place during future warming. But there’s one major difference: During the PETM, the changes occurred more slowly than in the present-day warming event.

The messages from the past are clear: Earth’s past high carbon dioxide climates were much warmer than they are today, accompanied by a hyper-active atmospheric water cycle, a lack of polar ice sheets and higher sea levels. How relevant are these messages for us now?

As carbon emissions continue in the future, CO2 levels will march back in time from the mid-Pliocene, through the Miocene, Oligocene and on to the Eocene. Of course, there is inertia in the climate system, so it will take time for all of the ice on Greenland and Antarctica to melt. But if we allow CO2 levels to reach deep time levels, Earth history tells us the inevitable result is the demise of both the Greenland and the Antarctic large ice masses, leading to vast increases in sea level.

What scientists are learning from models and Earth’s history

Some say climate models are the only tool available to us for studying a high-CO2 future. Not so, as Earth’s history also has much to tell us about such climate states. Scientists of course do use climate models to study the climates of Earth’s deep past, and these same models for studying future climates. To the degree these models reproduce the climate states for elevated CO2, warm deep-time periods, they boost scientists’ confidence in the models’ ability to simulate future high CO2 climates.

If anything, the models generally have underestimated polar warming resulting from increased CO2. However, models are now closer to reproducing paleoclimate data. On one hand this is comforting, but it also implies that past models may have underestimated the polar warming with high CO2, which is disturbing news, especially in regard to the melting of the large ice sheets.

Deep-time climate simulations are also now being used to look at the water cycle. The studies indicate that with 900 or 1,000 ppm CO2 levels, Earth’s water cycle becomes hyperactive in terms of extreme rainfall events, again in good agreement with the paleoclimate proxy data. We are now at a point where our understanding of deep-time climates through both data and modeling provides a much clearer picture of what Earth looks like with elevated CO2.

It is incumbent upon us to learn from Earth’s deep-time history, lest, in the words of Spanish-born philosopher and essayist George Santayana, we condemn ourselves to repeating the past.