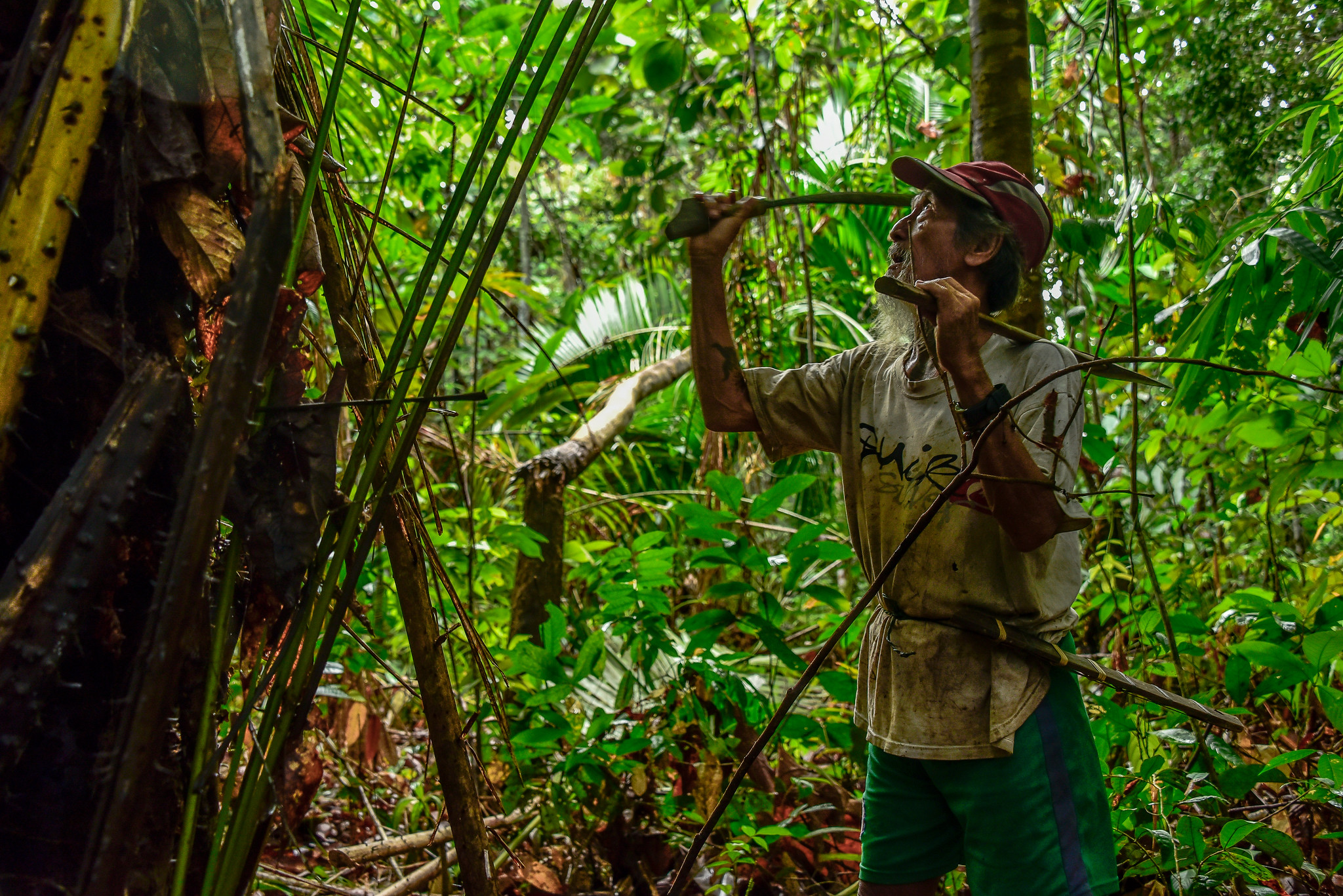 This topic will be explored at the Global Landscapes Forum Bonn 2019 on 22–23 June. Register to attend or tune-in digitally here.

Indigenous peoples own or manage at least one-quarter of the world’s land surface – vast areas that overlap with 40 percent of global land-based government-protected areas, according to a unique mapping study that demonstrates the significant part Indigenous peoples are playing in safeguarding critical areas for conservation. The study took five years to complete and is the first of its kind, using geospatial data to estimate the size of this overlap.

Yet the scale and value of Indigenous peoples’ work managing “ecologically valuable landscapes” is rarely acknowledged. And that’s a huge roadblock preventing collaborations and knowledge sharing between them and local communities, conservation practitioners and governments, says the study.

This matters, because understanding the scale, location and ecological values of lands under Indigenous peoples’ traditional control is central to implementing several global conservation and climate agreements, notes the study. It adds to the growing body of research demonstrating how conservation efforts are boosted by recognizing the land rights of Indigenous peoples.

“Much of the world’s remaining natural areas, and a substantial proportion of the world’s remaining biodiversity, lies in the hands of Indigenous peoples, and therefore, they should be considered as central voices in biodiversity conservation, environmental governance and sustainability policy forums,” says Álvaro Fernández-Llamazares, a co-author and researcher with the Helsinki Institute of Sustainability Science (HELSUS) at the University of Helsinki, in Finland.

Collaborative partnerships “are the future, however difficult they may be to develop,” says co-author Zsolt Molnár, an ethnoecologist with the Centre for Ecological Research at the Hungarian Academy of Sciences. But such partnerships require information symmetry, balanced power relations, reciprocal respect, and trust and patience, he added.

The paper acknowledges that collaborative partnerships can only succeed if the rights, knowledge systems and practices of Indigenous peoples are fully acknowledged and respected.

Indigenous peoples’ lands total at least 38 million square kilometers spread across at least 87 countries or politically distinct areas. That represents over a quarter of the world’s land surface and intersects with about 40 percent of all terrestrial protected areas and ecologically intact landscapes, such as boreal and tropical primary forests, savannas and marshes, the study found.

“Our results add to growing evidence that recognizing Indigenous Peoples’ rights to land, benefit sharing and institutions is essential to meeting local and global conservation goals,” says the study. “Indigenous peoples often manage their lands in ways that are compatible with, and often actively support, biodiversity conservation.”

They can co-produce, sustain and protect genetic, species and ecosystem diversity all over the world by ‘accompanying’ natural processes, for example by creating cultural landscapes with high habitat heterogeneity and developing and restoring ecosystems with novel combinations of wild and domesticated species, says Molnár.

The study’s findings have been taken up by global policy-related processes such as the Intergovernmental Science-Policy Platform on Biodiversity and Ecosystem Services (IPBES), the Strategic Plan for Biodiversity 2011–2020 and its successor, and the Convention on Biological Diversity (CBD).

Further research expanding on these findings is also expected, according to Fernández-Llamazares. “The study provides clear evidence that Indigenous peoples should be key partners in biodiversity conservation.”