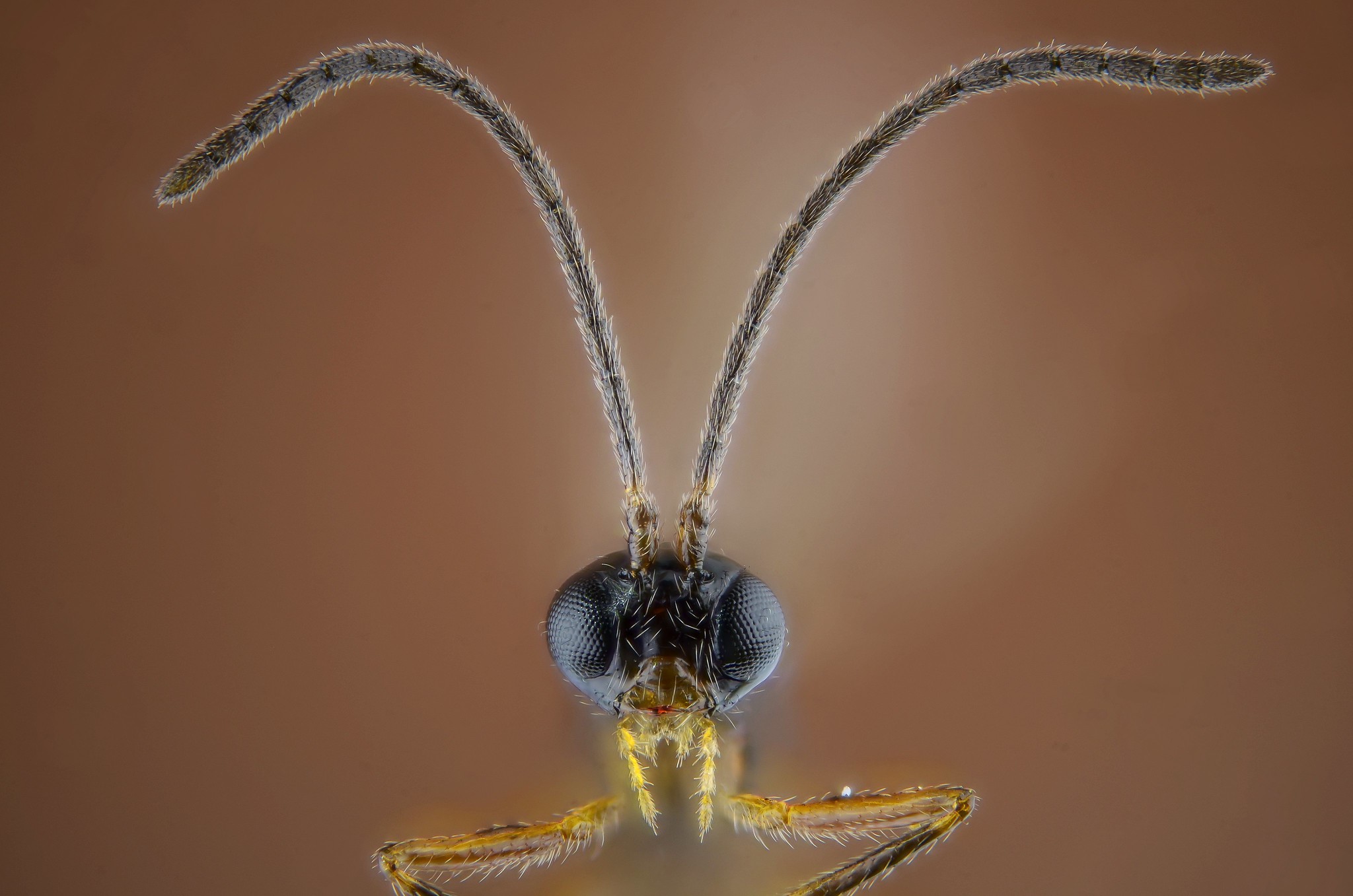 One of the biggest contemporary challenges for humanity is to safeguard food security for current and future generations. A growing demand and a steady increase of the world population – nearly 10 billion people are expected to inhabit Earth by 2050 – requires that food production per area of cultivated land will have to increase drastically. Expanding into land that is currently uncultivated is not feasible, especially considering the pressures of climate change.

One way to achieve higher yields will be reducing crop losses caused by pests, including insects. For instance, in cereal crops such as rice and maize, which are staple foods for a large part of the world’s population, insects result in up to 15% losses.

Spraying chemical insecticides remains the main approach to combating insect attacks in many crops. But their future use is under scrutiny because of many concerns, not least their effects on human health. Their use also represents a large economic burden on growers, especially those in developing countries. And in any case, it is feared that insects will soon develop resistance to insecticides.

Curtailing their use would also be good for the planet, as insecticides are inherently unsustainable: their continuous use has resulted in massive environment pollution, which negatively affect other beneficial organisms such as bees, birds, fishes and livestock. This means that there is increasing consumer demand for residue-free food. Linked to this, the availability of insecticides for insect management is declining globally due to considerable changes in their legislation.

So there is an urgent need to find alternatives – preferably environmentally friendly strategies for protecting crops against insects.

Controlling bad insects with good ones

Biological control, in which insect populations are reduced by using other insects (their natural enemies) is generally accepted as a sustainable and ecologically sound approach to reduce crop losses by insects.

These natural enemies are often highly specialised and only attack a certain number of closely related insect pests, reducing the likelihood of unforeseen knock-on effects on the rest of the local ecosystem that are commonly caused by insecticides. Natural enemies can also be introduced to control new invading insect pests. For example, European natural enemies were introduced in North America to control a new infestation of bark beetles, which carry and spread Dutch elm disease.

Natural enemies of insect pests include predators, pathogens (micro-organisms that include bacteria, fungi, and viruses), and parasitoids (mostly wasps or flies which lay their eggs on or in other insect, eventually killing them as the larvae grow). Parasitoids are the most effective of these three types because their numbers increase much faster than those of the predators. In addition, they are highly specialised, as they are only able to lay their eggs in a specific species and therefore have minimal effects on the rest of the ecosystem.

Parasitoids are very diverse and constitute of a staggering number of insect species (nearly 14% of all described insects). Many species are currently mass-reared in commercial insectaries to be released in big numbers to obtain immediate control of the pests attacking orchards or greenhouses. But their effectiveness needs to be improved. This not only demands increasing their numbers in the fields, but also enhancing their foraging success.

The sweet scent of nectar

While foraging for food or hosts, parasitoids generally depend on visual and olfactory cues. For example, they often locate resources from particular flowers by responding to the scent and colour of flowers. They possess the ability to learn associations between these cues and rewards such as food or host, cleverly using this learned information the next time. This allows them to find their resources faster and therefore increase their foraging success.

Parasitoids forage for carbohydrate-rich food such as floral nectar. Floral nectar is an ideal habitat for diverse microbes such as yeasts, which not only alter its composition of sugars and amino acids, but also produce special scents. These scents produced by nectar yeast are very attractive to parasitoids.

If we want to help out parasitoids in the field, in order to increase their numbers and therefore help them control pests, we need to know more about how the microbial cues produced by nectar yeasts influence learning of floral preferences by parasitoids. This is what we set out to achieve in a recent experiment.

We wanted to find out whether frequent visits by parasitoids to flowers predisposes them to learn and remember the smell of tasty, energy-rich nectar produced by yeast. To this end, we investigated the learning ability and memory retention of an aphid parasitoid (aphids cause tremendous yield losses in crops worldwide) when exposed to volatile mixtures emitted from nectars. These nectars were artificially synthesised and fermented by various nectar yeasts, mimicking natural nectars.

We showed that naïve aphid parasitoids (those inexperienced to smell and food) had an innate (inborn) preference for nectar colonised by specific nectar yeasts. When parasitoids were trained, by allowing them to feed on a filter paper saturated with yeast-fermented nectar for two minutes, something that was repeated three times, they were very strongly attracted to these and other yeast-fermented nectars for the next 24 hours. This shows that when parasitoids are trained they are able to forage for nectar much faster in the field.

Our findings may have practical implications in enhancing the effectiveness of parasitoids to be used in biological control programs against aphids. They promote the possibility that parasitoids, owing to such high learning ability, could be mass trained before field release to induce a specific response to yeast-fermented sugar solutions and improve their performance in finding food and aphid hosts.

Such solutions could be offered in feeding stations to feed and retain the parasitoid populations in the field where natural food sources are limited. This would in turn improve the foraging efficiency of trained parasitoids and increase their overall efficacy in suppressing aphid populations.