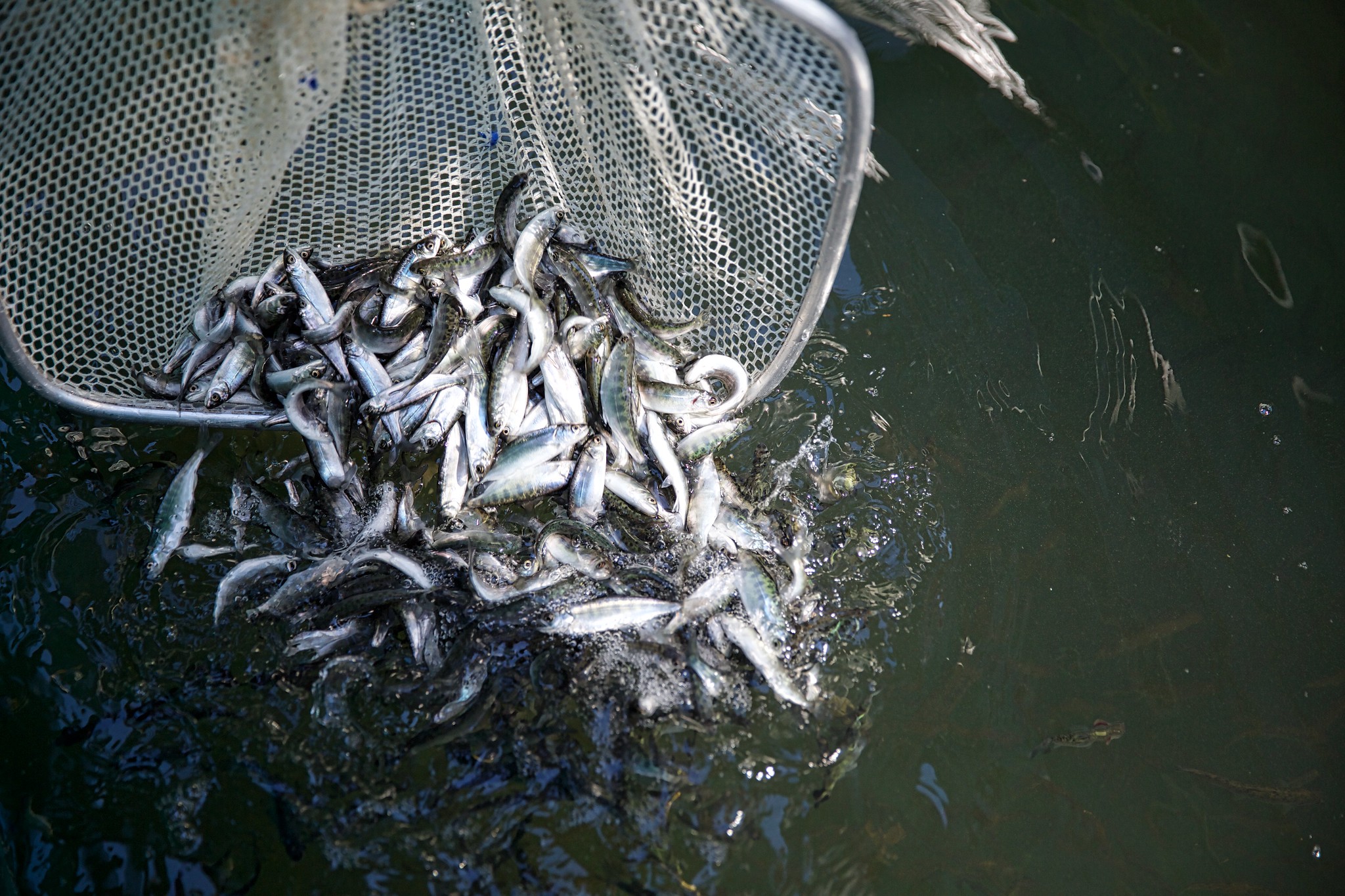 We live in an era — the Anthropocene — where humans and societies are reshaping and changing ecosystems. Pollution, human-made climate change and overfishing have all altered marine life and ocean food webs.

Increasing ocean temperatures are amplifying the accumulation of neurotoxic contaminants such as organic mercury (methylmercury) in some marine life. This especially affects top predators including marine mammals such as fish-eating killer whales that strongly rely on large fish as seafood for energy.

Now the combination of mercury pollution, climate change and overfishing are conspiring together to further contaminate marine life and food webs. This has obvious implications for ecosystems and the ocean, but also for public health. The risk of consuming mercury-contaminated fish and seafood is growing with climate change.

Regulations have lowered global mercury emissions from human-made sources, such as coal-fired power plants, between 1990 and 2010 but mercury is still present in the marine environment.

Methylmercury builds up in the muscle tissue of fish across the food web, “bioaccumulating” in larger and high trophic level predators. This is why larger pelagic fish (for example, tuna, marlins, billfishes and sharks) — those that eat a lot of fish — are in general considered riskier to eat than smaller ones.

In humans, mercury can lead to neurological disorders. Children who are exposed to mercury during fetal development and childhood have a greater risk of poor performance on tests that measure attention, IQ, fine motor function and language.

Climate change can amplify the accumulation of methylmercury in fish and marine mammals at the top of their food webs due to changes in the entry and fate of mercury in the ocean and the composition and structure of these marine food webs. A warmer and more acidic ocean may increase the amount of methylmercury that enters the food web.

Read more: Mercury decline in seabirds due to diet, not emissions controls

Overfishing can also exacerbate the mercury levels in some fish species. Pacific salmon, squid and forage fish, as well as Atlantic bluefin tuna and Atlantic cod and other fish species are susceptible to increases in methylmercury due to rising ocean temperatures.

Our modelling research work shows that Chinook salmon, the largest Pacific salmon species and main prey of endangered southern resident killer whales, is projected to be exposed to high methylmercury accumulation due to changes in its prey that are driven by climate change.

Under a worst-case climate-change scenario, where greenhouse gas emissions continue to increase and global temperatures reach between 2.6C and 4.8C by 2100, Chinook salmon will see a 10 per cent increase in methylmercury. But under a best-case scenario, where emissions are low and global temperature rise is in the order of 0.3C to 1.7C at the end of the century, mercury levels would increase by only one per cent.

For forage fish, such as Pacific sardine, anchovy and Pacific herring, which are key ecological and commercial species in the Pacific Rim ecosystem, the methylmercury increase is projected to be 14 per cent under the influence of high emissions and three per cent under low emissions. Here again, this increase is driven by dietary shifts and changes in the food web composition due to warmer oceans.

Fishing down the food web

Atlantic cod stocks were over-exploited along the northeastern coast of Canada during the last century. Chinook salmon stocks from the northeastern Pacific Ocean are also dwindling because of natural factors and environmental stressors, including predation, habitat loss, warming oceans and fishing. The combination of these pressures can make Pacific salmon more susceptible to methylmercury bioaccumulation.

When one species is overfished, fishing fleets expand and adjust their targets, often fishing down the marine food webs. The cascading effects lead to changes in prey and foodweb composition for the remaining species, likely altering the transfer of organic contaminants such as persistent organic pollutants and methylmercury in top predators.

When fish are removed from the food web, larger fish and top predators may be forced to consume more or different prey, or smaller fish than they usually do. These fish can be highly contaminated with mercury.

The combination of climate change and overfishing are further shifting the composition of fish in the ocean and where they are found. They are also altering the way these species are exposed to pollutants, increasing levels of methylmercury in Atlantic cod and Atlantic blue fin tuna — fish that are often eaten by humans.

Protecting health and the planet

Based on this evidence, the public health community should revisit and revise fish consumption guidelines for those who are most likely to be exposed to mercury (coastal communities) or experience negative effects (pregnant women, infants and children).

Our simulations show that the projected methylmercury concentrations in forage fish and Chinook salmon will surpass Canada’s mercury consumption limits this century, as well as the consumption advisory level issued by the World Health Organization.

In our human-dominated world, it is imperative that we consume fish and shellfish that come from sustainable fisheries and make efforts to reduce ocean pollution. International and national environmental policies, such as the UN Sustainable Development Goal to conserve and sustainably use the oceans, marine resources and fisheries (SDG 14) and the Paris Climate Agreement, can conserve marine species and protect our blue planet for generations to come.