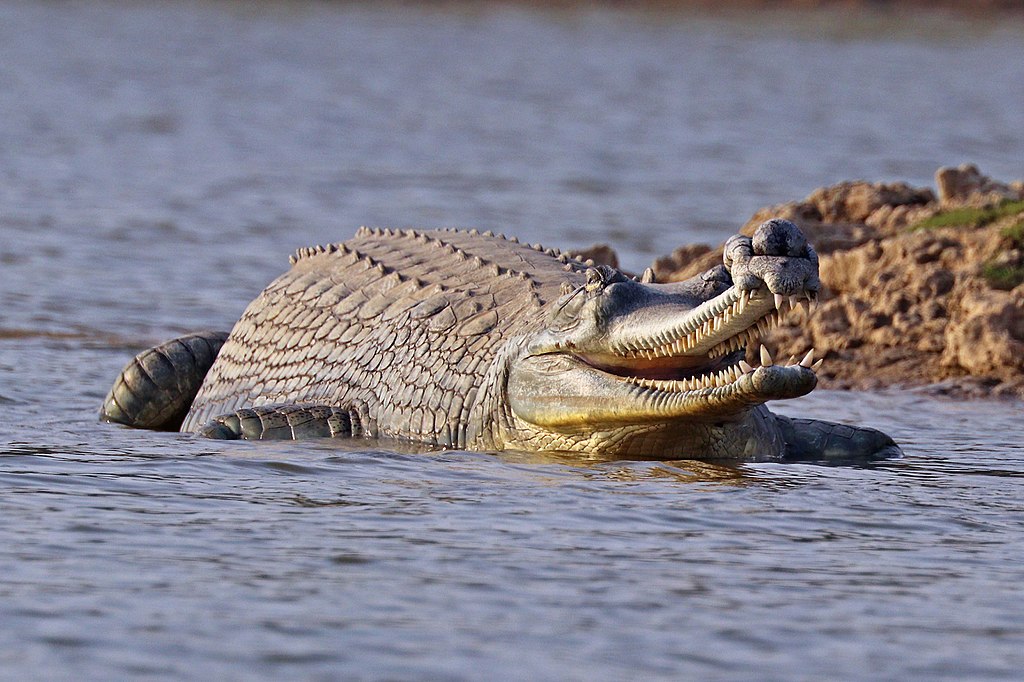 There may be a glimmer of hope for the critically endangered gharial, a unique crocodile known for its long, narrow snout that ends in a bulbous growth resembling a cooking pot called a ghara.

The fish-eating crocodile was once widespread across the rivers of the northern part of the Indian subcontinent. But now the gharial (Gavialis gangeticus) is on the brink of extinction, thanks to the loss and degradation of its riverine habitat, depletion of fish stocks in rivers, and accidental drowning in fishing nets.

In Nepal, the situation is grave. Fewer than 100 mature adult gharials are estimated to remain in the country, with only one population, in Chitwan National Park, known to be breeding until recently. Now, researchers have recorded more than 100 gharial babies in yet another site, in Bardia National Park in southwest Nepal.

The last time gharials were recorded breeding in Bardia was in 1982, when gharial eggs were collected from the Babai River and taken to a captive facility, researchers say. Since then, both adult male and female gharials have been recorded in the Karnali and Babai rivers in Bardia, but never a nest with hatchlings.

This year, researchers from the Zoological Society of London (ZSL) and Biodiversity Conservancy Nepal confirmed three gharial nests on a sandbank in Babai and counted around 100 gharial hatchlings, together with three adult females and one adult male.

“Hatchlings were basking on the sand bank at the water’s edge when first encountered and female Gharials appeared to be guarding them by staying half submerged near the water’s edge,” they write in a report published in a newsletter by the IUCN SSC Crocodile Specialist Group. “When we approached closer (maintaining a safe distance), all hatchling quickly jumped into the river and started to swim.”

Figuring out where the gharials breed is the first step to protecting them, the researchers say. And protecting them is critical since Nepal’s gharial population has declined dramatically because of dams and barrages modifying river flows; sand mining, agriculture and pollution degrading and destroying their habitats; and declining fish numbers in the rivers.

“Understanding whether gharials were breeding in Bardia National Park was considered to be a top priority for the species, as upcoming plans to divert nearby river systems — which would likely have an impact on the habitat and quality of the river for gharial, are currently underway,” Rikki Gumbs, a doctoral researcher with ZSL, said in a statement. “Given the species is limited to around five populations across its entire range, this is such a positive discovery, and a critical step for the long-term recovery of the species in Nepal.”

Spotting hatchlings doesn’t necessarily translate to a better future for the gharials, though. The animals continue to be threatened across their range in Nepal, but conservationists have been trying to work with local communities living around the protected areas to help protect the animals.

“People generally have a great affinity for gharials, they don’t attack humans as they generally feed on fish — and their snout is much too fragile,” said Ashish Bashyal, a conservation biologist with the Biodiversity Conservancy Nepal. “We want to try and harness that love for the animal into local community conservation action in order to help monitor how the hatchlings [fare].”