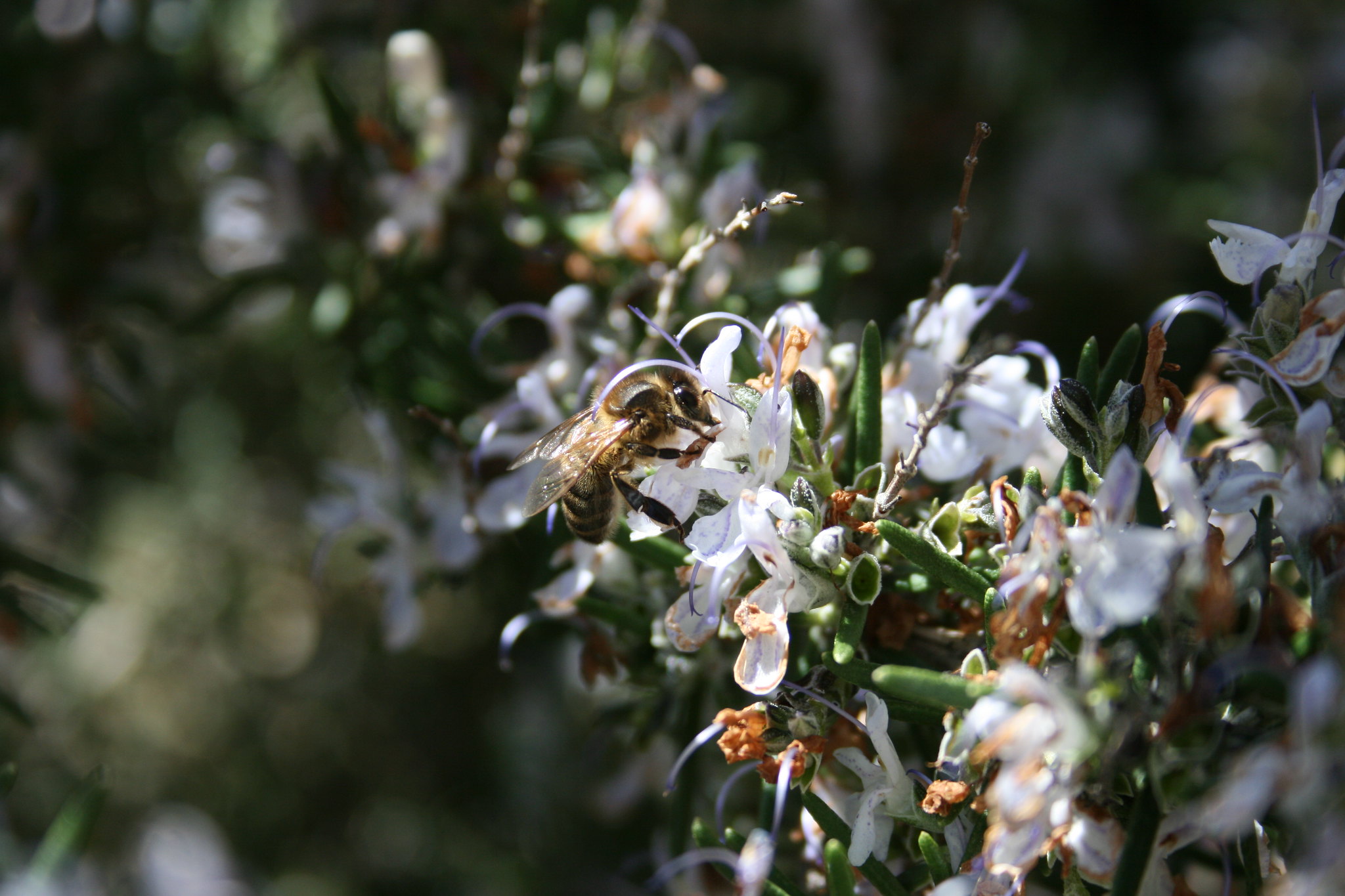 Coffee, apples, honey – were it not for the precious work of pollinators, countless things that we eat and drink would not exist, totalling more than 30% of global food production. Most pollinators are insects, particularly from the bee family (close to a thousand species in France alone), along with butterflies and diptera, such as syrphids.

Apart from helping feed humans, these insects also play a vital role in the reproduction of a wide variety of wild plants, fertilising them by transporting pollen from one flower to another. This results in fruit and seed production. In this way, they contribute indirectly to dairy production through pasture renewal, and help sustain terrestrial ecosystems by supporting the first level of the food chain – plants.

Of course, pollinators do not provide these services selflessly: they search for their own food, nectar and pollen, that they collect from flowers. In their quest for these resources, they use their senses of sight and smell, identifying the density, colour and scent of flowers.

Yet like many other insects, pollinator populations are declining: over the past 30 years in the United Kingdom, a third of wild species have experienced a decrease in their area of occupancy. The rarest wild species are particularly at risk, due to the disappearance of their habitat.

Pollinators are also under threat from agricultural intensification and climate change. One way in which climate change could affect their pollination activity is connected to smell: climate change alters the scent of plants, and thus the capacity of bees to recognize them and orient themselves.

The memory of scent

In their search for food, pollinators rely on visual signals (the colour and number of flowers) as well as olfactory cues – that is, floral scent. A bee is able to remember a fragrance and associate it with the resources provided by a given plant. Using memory, it is even capable of distinguishing between the scents of plants that produce high- or low-sugar nectar, and flowers that do not contain any nectar at all.

Floral scent consists of hundreds of small molecules emitted by the plant. However, when a plant is stressed (for example, owing to a lack of water or because it has been attacked by herbivores), it responds by emitting defensive compounds that alter its scent. A case in point is the smell of cut grass after mowing the lawn. The strong smell of rosemary – whose flowers have a similar fragrance, but with sweeter notes – is intended to protect the plant, and bees have learned to use it for finding nectar.

Climate change, which in many regions increases the risk of drought and rising temperatures, causes stress in plants, affecting their floral scent. In the Mediterranean basin, rainfall is expected to decrease by 30% by the end of the century. Emblematic species like rosemary, rockrose and thyme are adapted to dry conditions, but climate change will make them more vulnerable.

Our aim is to assess the impact of climate change on pollination, with a team of researchers from the Mediterranean Institute of Marine and Terrestrial Biodiversity and Ecology (IMBE). In the shrubland of the Massif de l’Étoile, around Marseille, we measured the scent emitted by rosemary under present conditions and in dryer conditions (30% less rainfall). To do this, we enclosed flowering rosemary branches in small bags constantly flushed with ambient air, and we trapped the fragrance molecules in a small tube inserted into the outlet of the bag. The contents of the tube were then analysed in the laboratory. Rosemary under stress was found to emit a more intense and diverse scent (with more molecules). Although the human nose may not be able to detect the difference, bees have a much finer sense of smell. We measured how bees responded to the change in floral scent, that is to say which plants (stressed or not) did they preferably visit. We finally looked at the impact of their choices on fruit production.

Domestic bees abound in the Massif de l’Étoile and they dominate the community of pollinators. They are larger than wild bees, and they collect nectar in small groups. Probably as a result of these differences, we noticed an allocation of resources: domestic bees showed a preference for non-stressed plants (perhaps because of the superior quality of their resources), whereas small wild bees were more likely to choose stressed plants. Apart from changes in floral scent, we were not able to demonstrate any differences in terms of the quantity of flowers, colour or nectar production. However, the nectar might have been affected, for example in the production of different sugar blends.

Finally, we observed that the stressed plants produced slightly more fruit (and therefore more seeds), which suggests a greater pollination efficiency of small wild bees. By choosing the stressed plants and in the context of our study, wild bees therefore boost the production of plants that are better suited to dry conditions, which could enable the plant community to better react to climate change.

To protect wild bees and to safeguard their function of pollination, both in natural and in agricultural environments, it is important to accurately measure how climate change affects the production of floral resources in each environment. Competition with domestic bees could also be mitigated by ensuring a balance between the density of resources and the density of hives: if the environment cannot produce enough flowers to sustain beehives, wild bees will be the first to lack resources.