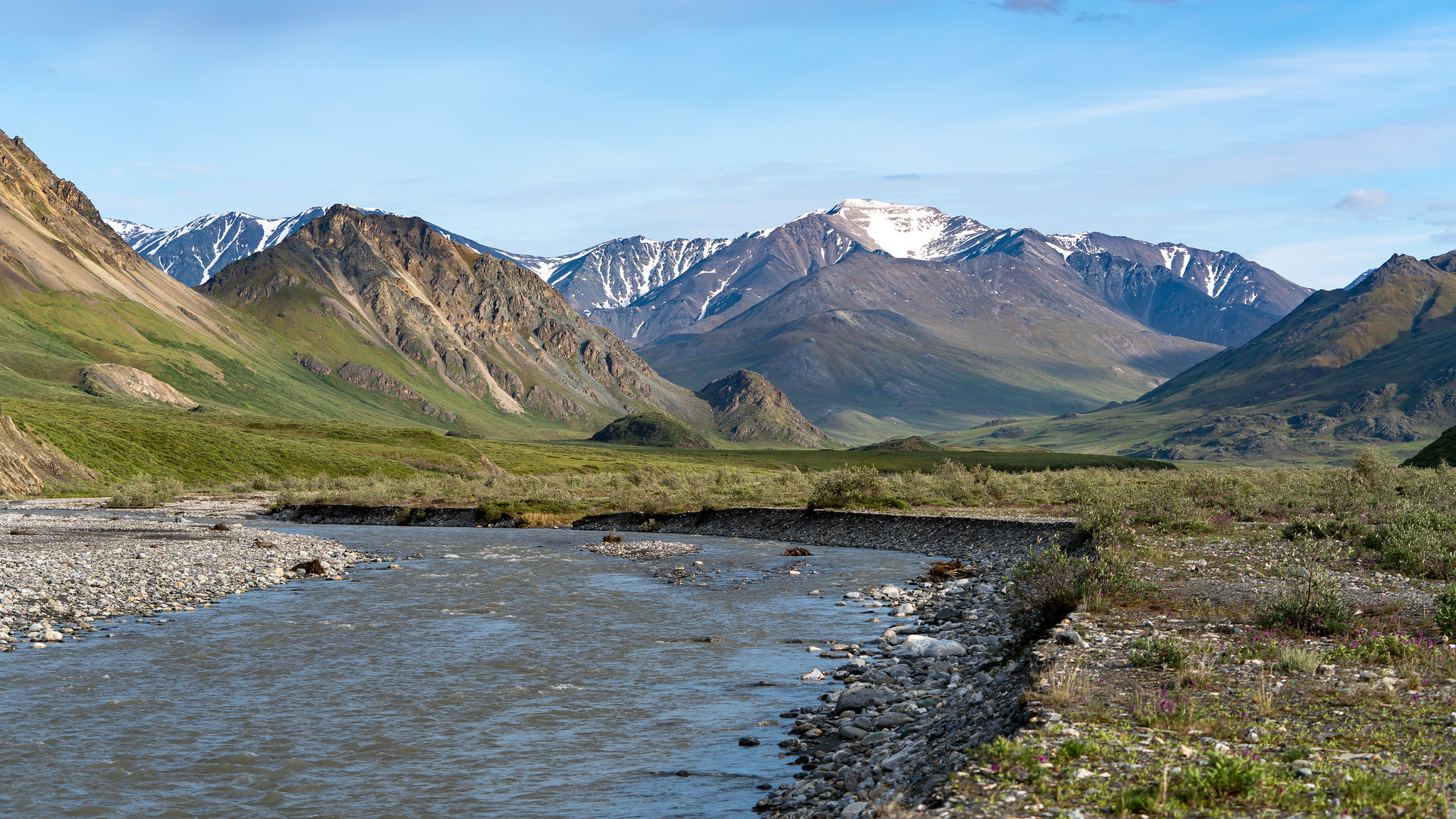 “Companies have traditionally treated sustainability as a peripheral issue, focusing narrowly on the way they manage their impact on the environment. We don’t have the luxury of that limited perspective any more. The evidence of climate change is clear,” said David Solomon, CEO of Goldman Sachs. “There is not only an urgent need to act, but also a powerful business and investing case to do so.”

In addition to the hefty financial pledge, Goldman Sachs released updates to its Environmental Policy Framework. According to the updates, Goldman Sachs will no longer fund new exploration or development, onshore or offshore, in the Arctic, including the Arctic National Wildlife Refuge.

Goldman Sachs is the first major U.S. bank to prohibit financing for Arctic oil drilling and the first to establish explicit limits on financing for the oil and gas sector.

For the Gwich’in, the announcement is welcomed. The Gwich’in have long advocated for the protection of the Arctic Refuge.

Drilling in the Arctic Refuge threatens the calving grounds of the Porcupine Caribou herd, a crucial source of subsistence for the Gwich’in. According to the Gwich’in Steering Committee, more than 9,000 Gwich’in people make their home along the migratory route of the herd.

“Drilling in the Arctic Refuge would permanently destroy the primary food source of the Gwich’in people, our culture, and our way of life,” said Bernadette Demientieff, Executive Director of the Gwich’in Steering Committee. “We’re glad to see Goldman Sachs recognize that the Arctic Refuge is no place for drilling and we hope that other banks, and the oil companies they fund, will follow their lead.”

Goldman Sachs has also stated that they will decline any future financings that directly support the development of new thermal coal mines and coal-fired power projects. However, companies could secure funding for coal power if carbon capture and storage technology is in place.

Carbon capture and storage (CCS) is an emerging technology and has not been proven at scale. Scientists estimate that CCS could capture between 85-95% of a coal plant’s CO2 emissions. However, it is a costly and energy-intensive process. Additionally, the amount of CO2 captured has not been proven consistent and can vary whether CCS is apart of the original plant design or if it is an added retrofit.

Low and zero carbon technologies are less expensive, easier to mass-produce, and can be manufactured and installed in a shorter amount of time. Coal with CCS plants are projected to cost two to three times more than “new onshore wind, utility scale solar, geothermal, and hydropower projects, not including tax incentives.”

While they have yet to provide a timeline, Goldman Sachs has committed to phasing out financing for coal mining.

“The writing was already on the wall for coal financing. Goldman Sachs’s new policy puts that writing in flashing neon. A commitment from what is considered by its peers as the most prestigious investment bank on Wall Street to exit financing for thermal coal mining companies will accelerate coal becoming completely unbankable,” said Jason Opeña Disterhoft, Climate and Energy Senior Campaigner at Rainforest Action Network.

Restrictions on fossil fuels were not the only commitments made by Goldman Sachs. The bank has also included limitations on forestry transactions.

In their Environmental Policy Framework, Goldman Sachs stated that they would not knowingly finance companies or projects that collude with or are engaged in illegal logging.

For forestry projects centered around palm oil, the bank will require that clients obtain Roundtable on Sustainable Palm Oil (RSPO) certification or a comparable certification. All new projects must have the certification to receive funding. For existing operations, clients will be referred to experts who can aid them in obtaining the certification within three years.

Compared to other major U.S. banks, Goldman Sachs has the most substantial fossil fuel finance restrictions, though they lag behind other international competitors such as Crédit Agricole and BNP Paribas.

Bank of England Governor Mark Carney has warned that the financial sector is “not moving fast enough” to divest from fossil fuels.

“As financial policymakers and prudential supervisors we cannot ignore the obvious physical risks before our eyes. Climate change is a global problem, which requires global solutions, in which the whole financial sector has a central role to play,” Carney stated in an open letter published in The Guardian.

Carney, who has been named the United Nations Special Envoy for Climate Action and Finance, also warned that companies and industries that fail to adapt to and recognize risks posed by the climate crisis would cease to exist.

Goldman Sachs’ financial pledge and updated Environmental Policy Framework signals that the U.S. bank recognizes the need to shift away from fossil fuels and toward more sustainable growth if they want to survive.

“Looking ahead, the needs of our clients will increasingly be defined by sustainable growth. Our firm’s long-term financial success, the stability of the global economy and society’s overall wellbeing all depend on it,” said Solomon.

However, Solomon has stressed that Goldman Sachs’ focus will always remain on profitability, making many hesitant to take the bank’s climate pledges seriously.

“Going forward, Goldman Sachs must continue strengthening its fossil finance policy, but for now it has shown that U.S. banks can start to close the fossil policy gap. Now it’s time for its Wall Street peers to step up,” urged Disterhoft. “The smart money on Wall Street is drawing red lines on oil and gas, and exiting coal. The big money has to respond, or it will be left holding the bag.”