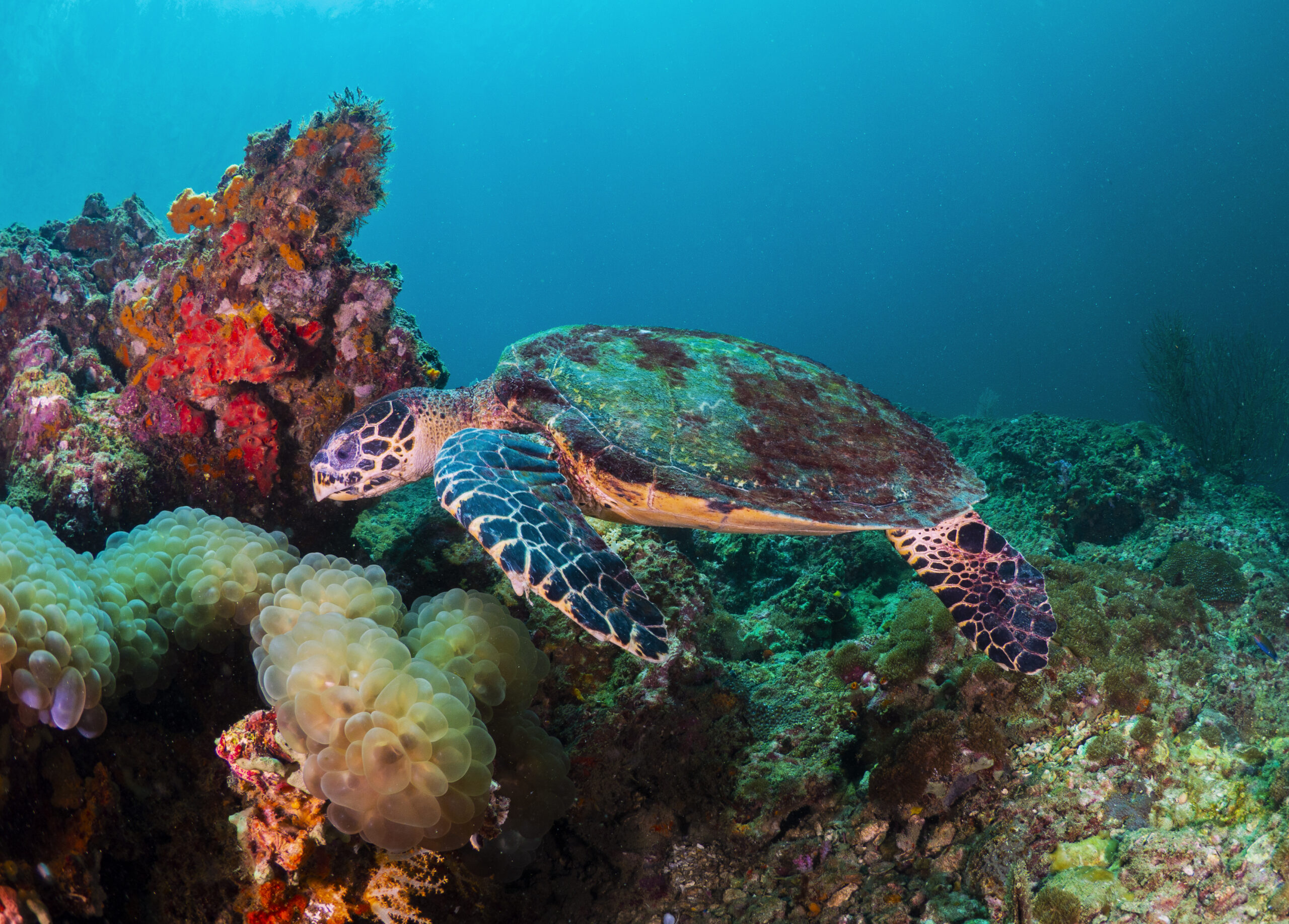 Villagers in the southern Philippines taking part in an initiative to protect turtle nesting sites have recorded their most successful season in recent years, with nearly 300 hatchlings released into the sea in the first half of May alone — and more expected before the month ends.

Residents of the barangay, or village, of Candiis, in the coastal town of Magsaysay, released a first batch of 144 hawksbill sea turtle hatchlings on May 1, and a second batch, of 155, on May 12.

The IUCN classifies the hawksbill sea turtle (Eretmochelys imbricate) as critically endangered, with its population declining by as much as 80% in the past decade. In the Philippines, this turtle species is among the most trafficked on the black market, coveted for its shell, which is carved into ornaments and baubles. Magsaysay is home to a 612-hectare (1,512-acre) site declared a critical hawksbill turtle habitat, with nesting sites in the barangays of Candiis, San Isidro and Damayohan.

Locals were overjoyed at the release, said Rolando Pagara, a village council member who leads the community turtle conservation in Candiis. It’s the first time that no eggs were spoiled, he told Mongabay; the town has seen at least a 50% decline in hatchlings in recent years due to rising sea levels, which cause the eggs buried on the beach to spoil.

“Yesterday at around 5 in the afternoon while I checked the nesting ground and make sure the protected barriers are in place, I saw several turtle hatchlings were slowly crawling out of the sand,” Pagara said on May 13. “We [the community] immediately gathered, checked and counted them; the eggs are around 155 before releasing them into the sea at around 6:30 in the evening.”

The area is under community quarantine measures imposed in response to the COVID-19 pandemic, but the community was still able to monitor and protect the turtle nesting grounds. Most of the residents in the village are fisherfolks.

“Despite the limited work hours, we balance fishing and protecting our marine protected area here,” Pagara said. “That’s why we immediately noticed the turtle nesting sites on the beach … the turtles leave their trails or marks, which we were trained to spot in the morning; mother turtles usually lay their eggs in the evening the previous day or at early dawn.”

Pagara, who has been spearheading the turtle conservation program in the area for more than a decade, said the eggs hatched earlier than expected.  The intense heat recorded in the region in recent weeks might be a factor, he said.

“Usually, it takes a hawksbill turtle egg to hatch between 60 to 65 days after they are laid in the sand,” he said, adding the two batches hatched within 46 and 55 days of being laid.

The community expects the third batch of eggs, numbering 100 and laid on March 22, to hatch in the third week of May. Altogether, it will be the most number of turtle hatchlings released in a single month.

Under Philippine law, all sea turtles are considered protected species. The hunting, killing and gathering of hawksbill turtle eggs as well as destruction of their nests, selling, transporting or possession of any part or derivatives is punishable with a fine of up to 1 million pesos ($19,700) and/or imprisonment for up to 12 years.