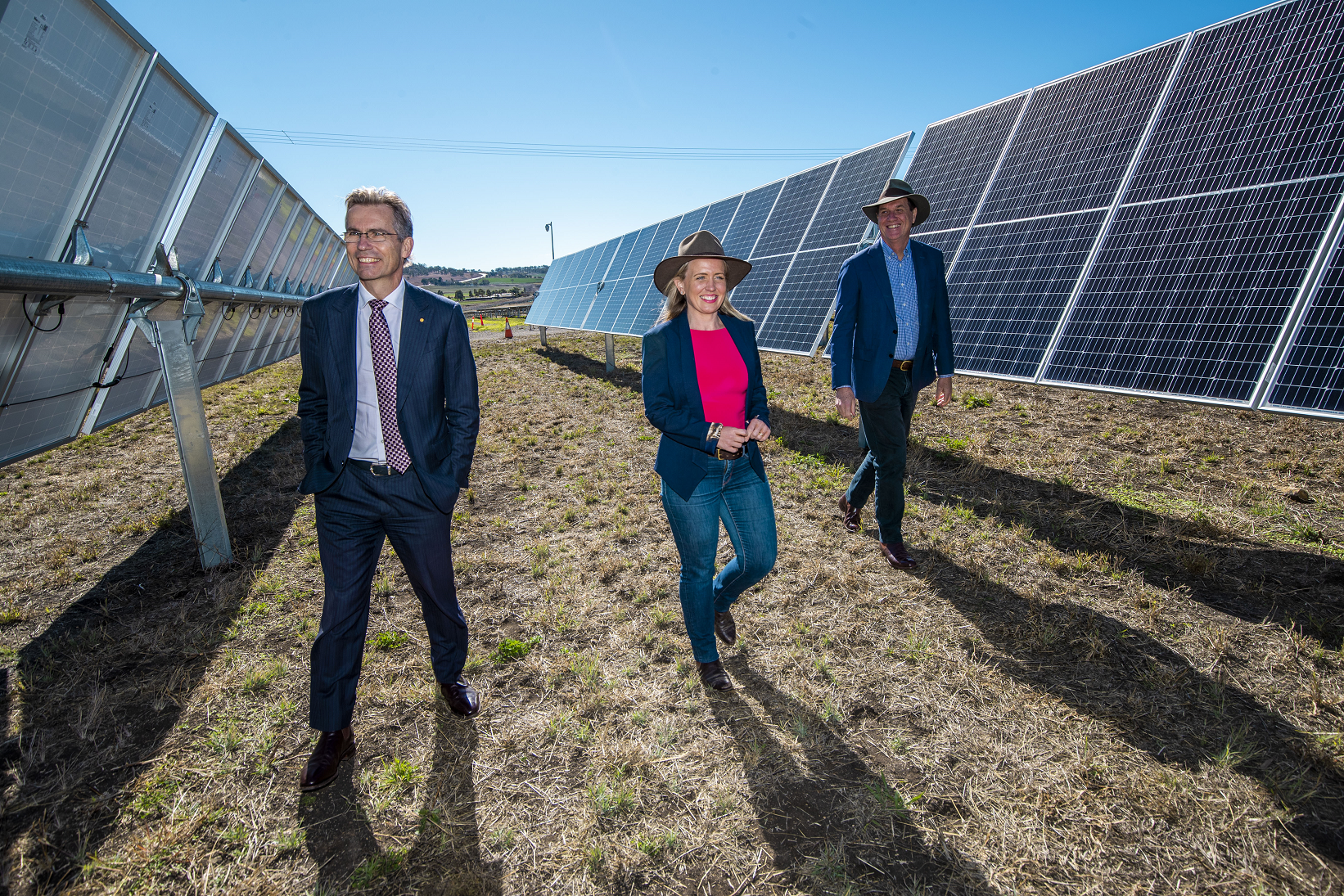 Limiting global warming to well below 2℃ this century requires carbon emissions to reach net zero by around 2050. Australian households have done much to support the transition via rooftop solar investments. Now it’s time for organisations to take a more serious role.

The University of Queensland’s efforts to reduce its electricity emissions provides one blueprint. Last week UQ opened a 64 megawatt solar farm at Warwick in the state’s southeast. It’s the first major university in the world to offset 100 percent of its electricity use with renewable power produced from its own assets. In fact, UQ will generate more renewable electricity than it uses.

The Warwick Solar farm shows businesses and other organisations that the renewables transition is doable, and makes economic sense.

A model for the future

In 2015 UQ launched the 3.3MW solar farm at Gatton – part of a world-class solar research facility open to researchers from around the world.

Building on this, last week UQ opened the Warwick solar farm, primarily funded through a A$125 million loan from the Queensland Government. The output – about 160 gigawatt-hours a year – is equal to powering about 27,000 homes or reducing coal consumption by more than 60,000 tonnes. This generation will more than offset the total amount of energy UQ’s sites use each year.

Money that would previously have been spent paying the university’s electricity bills will instead now pay off this loan, over about a decade. This shows how an organisation can redirect operating expenditure to invest in emissions reduction.

Three months ago, UQ also installed a 1.1MW Tesla battery at its St Lucia campus. As Queensland’s largest on-site battery, it saved UQ almost A$75,000 in electricity costs during the first three months of operation. It did this by buying power when it was cheap and selling it during peak demand periods, as well as helping support the grid during faults.

These projects provide a “living laboratory” for teaching and research. They also give crucial insights into how organisations can invest in renewable generation and energy storage assets today, to increase their commercial viability.

UQ has made data generated by its solar and battery assets publicly available so other organisations can learn from its efforts.

Why organisations must act

About 2,000 companies are jointly responsible for more than half the world’s emissions. In many cases, investors are now calling on companies to demonstrate how their activities are compatible with a net-zero emissions target.

Companies can also contribute to emissions produced overseas, but these are generally not captured by standard national emissions accounts.

A 2015 study was the first to translate global climate targets to a company level. Since then, more than 900 companies have committed to climate action through the Science Based Targets initiative.

Typically, companies are not yet evaluated in terms of their performance against climate goals. However, attention from investors on climate risk and impact is increasing. It’s only a matter of time before lagging companies will face greater scrutiny from investors, governments and the broader public. All the more reason to start acting today.

An organisation must take a holistic view of all its activities, to fully understand the emissions it creates. From this they can develop a sustainability “action plan” which includes setting science-based targets . UQ is currently finalising a ten-year Sustainability Strategy based on the UN’s Sustainable Development Goals.

Other ways organisations can reduce emissions include:

The time for talk is over. Organisations must now actively play their part in achieving global net-zero emissions. The University of Queensland shows how it can be done.