advertisement
Home Technology This Project is Using AI and Drones to Track and Protect Great... 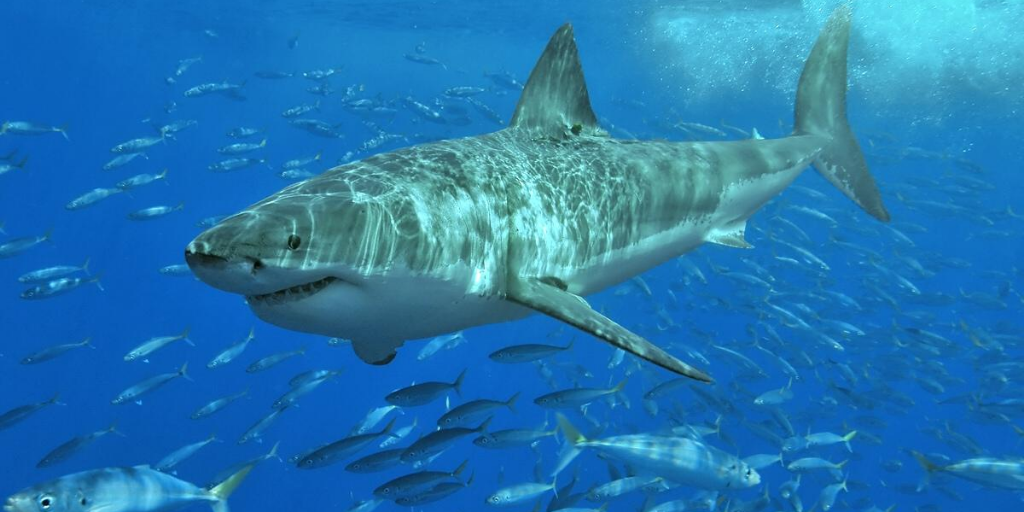 It’s vital we protect sharks and their key role in ocean health as well as ensuring the water is safe for coastal communities. And a number of organizations are using technology to help boost our understanding in this area.

Among those doing so is a team of oceanographers in California, who are collaborating with AI specialists to observe the behaviour and habits of sharks to help conservation efforts.

But spotting great white sharks isn’t easy from the water, so Doug McCauley and his team of researchers from the Benioff Ocean Initiative at University of California Santa Barbara (UCSB), have taken to the skies. Project SharkEye uses drone technology to fly above the waves and record what’s happening in the ocean below.

Information on shark movements is also fed into a database that allows marine scientists to more fully understand shark habits and movements and predict when shark activity is likely to occur, which helps conservation efforts. The shark database could also help marine scientists understand the impact of climate change on marine environments and the resulting effect on shark habits.

Drones are also part of a high-tech package being used by researchers from the Shark Lab at California State University Long Beach. They’re conducting a two-year study analysing sharks’ behaviour and looking at aggression levels in different species.

Once a drone flight spots a shark while patrolling southern California’s beaches, the operator relays the position to colleagues who arrive by boat. They then attach a transmitter to the animal’s dorsal area, which tracks its real-time position in the ocean.

“The goal is to better understand shark biology and behaviour and to not just give that information to lifeguards who have to make public safety decisions, but to the public who have to decide where that risk is and when is it most appropriate to exercise caution versus when they don’t need to,” Shark Lab’s Director Chris Lowe told Reuters.

Unprovoked shark attacks are rare, but every year some surfers, beachgoers and other ocean users are injured or killed by sharks. Countries with long, often tropical, coastlines and islands have seen the most attacks in the past 300 years. In that time, almost 1,500 unprovoked attacks were recorded in the US, more than double Australia’s tally of 652.

Technologies like AI and drones can help researchers gain a better understanding of when, where and why such attacks take place and find ways to avoid them in future. This type of cooperation between tech companies and researchers helps build a more sustainable future that contributes to keeping people safe, while at the same time helping shark populations recover.