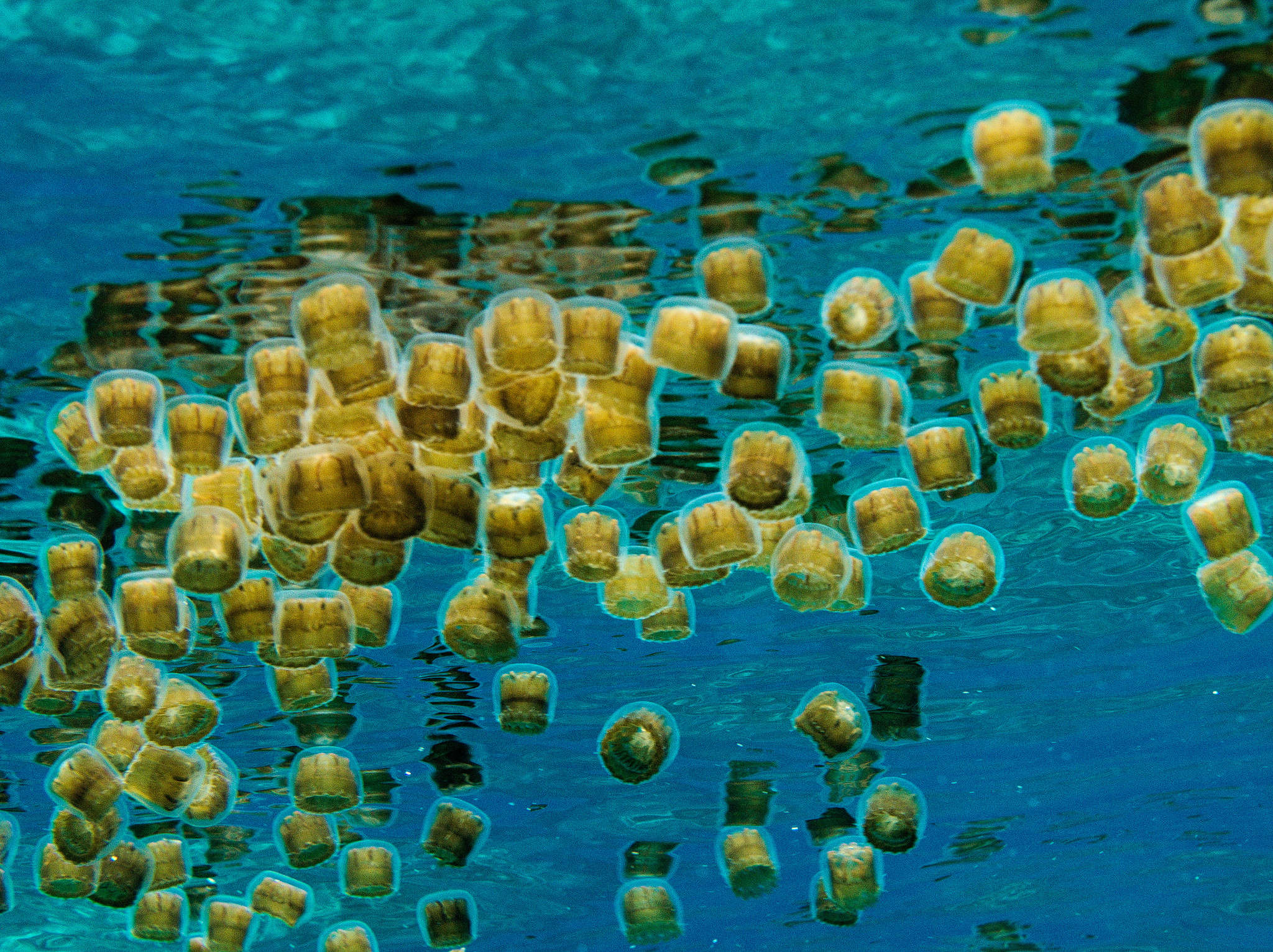 A new study in the AGU journal Global Biogeochemical Cycles estimates how much carbon gelatinous sea creatures store in their bodies and where that carbon goes. The results show that 3.7–6.8 billion metric tons of organic carbon can be traced back to jellies each year, an amount on par with the United States’ 2018 carbon dioxide emissions. Mass jelly die-offs (called jelly-falls) alone could increase estimates of the total carbon that reaches the bottom of the ocean by 35%, according to the study. Ultimately, a substantial portion of that carbon could end up stored on the ocean floor.

The study adds to a growing body of evidence that jellies, long considered a nuisance and a symbol of collapsing ecosystems, play a valuable role in ocean ecosystems.

A New Perspective on Jellies

A broad category of ocean critter with a bad reputation, the vast array of jelly-like animals known as gelatinous zooplankton include jellyfish, comb jellies, and salps, which drift freely on ocean currents for at least part of their lives. Jellyfish are often cast as the villains of the sea, notorious for their sting and for gumming up boat motors. Their growing numbers are also typically invoked as a dire sign of overfishing and emptying oceans because they reproduce quickly, can thrive in warm temperatures and chemical conditions other animals find hostile, and are particularly numerous when larger predators aren’t around to keep their numbers in check.

These negative associations, as well as the difficulty of directly sampling creatures with such fragile bodies, mean that jellies have been understudied compared with many ocean creatures. “For so long, observationalists have ignored these organisms, thinking that they’re not important to food webs,” said Jessica Luo, a research oceanographer with NOAA’s Geophysical Fluid Dynamics Laboratory and lead author of the new study.

But in recent years, researchers like Luo have begun to uncover the benefits of jellies. Using new methods like camera traps, studies have shown that jellies are actually an important food source to animals like sea turtles and provide a safe haven for many species of baby fish.

In the new study, Luo and her colleagues used the Jellyfish Database Initiative, an open-source data set that includes information about jellyfish distribution, population fluctuations, and physiology, to estimate total jellyfish biomass around the globe. Using these and other data, the researchers estimated how much carbon jellies around the world consume, store, and exude.

Although these numbers are just estimates based on the available data, even those on the low end of the spectrum are globally significant, Luo said. Properly taking jelly-based carbon sources into account could increase researchers’ estimates of the efficiency of the ocean’s biological carbon pump. Luo is particularly interested in understanding how jellyfish and other gelatinous zooplankton will be affected by climate change and how that, in turn, will influence the transfer of carbon in the world’s oceans.

“This is the most comprehensive study of global gelatinous zooplankton carbon fluxes to date,” said Natasha Henschke, a biological oceanographer with the University of New South Wales in Australia who was not involved in the research. “This study provides further evidence that gelatinous zooplankton need to be considered in oceanic carbon models.” (Global Biogeochemical Cycles, https://doi.org/10.1029/2020GB006704, 2020)