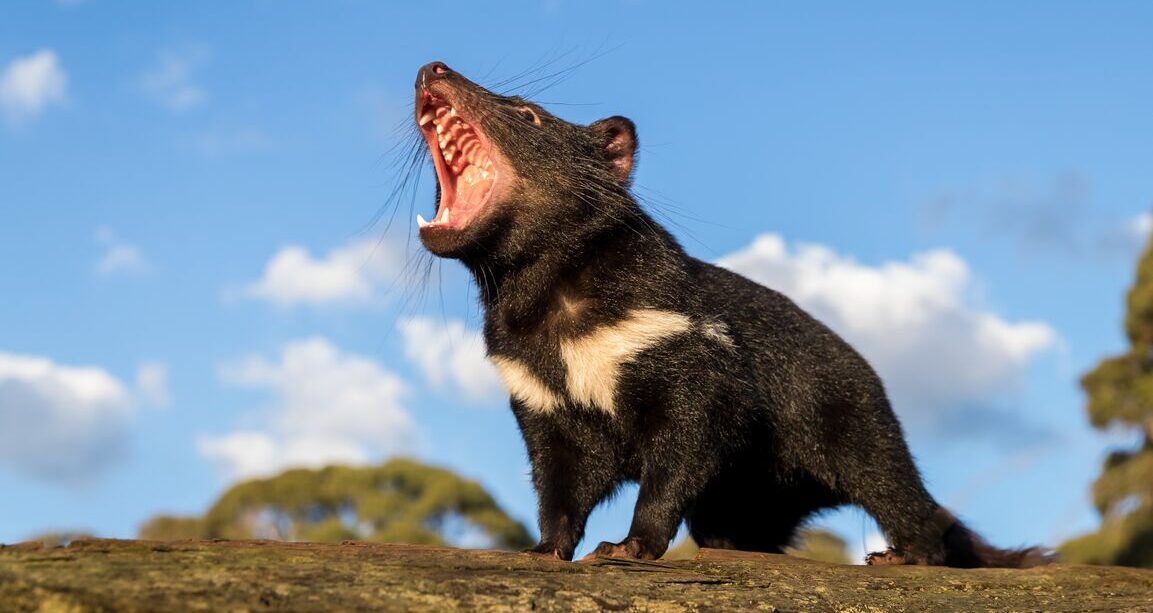 In an effort to rewild Australia, conservationists released 26 Tasmanian Devils into a 400-hectare wildlife sanctuary at Barrington Tops National Park. The historic moment is thanks to conservation group Aussie Ark, in partnership with Global Wildlife Conservation and WildArk.

“In 100 years, we are going to be looking back at this day as the day that set in motion the ecological restoration of an entire country,” said Tim Faulkner, President of Aussie Ark. “Not only is this the reintroduction of one of Australia’s beloved animals, but of an animal that will engineer the entire environment around it, restoring and rebalancing our forest ecology after centuries of devastation from introduced foxes and cats and other invasive predators.”

The endangered marsupial disappeared from mainland Australia thousands of years ago. While there are several theories as to why Tasmanian devils vanished in the region, scientists speculate that the introduction of dingoes is largely to blame.

However, dingoes are not the only threat to these feisty marsupials. They are threatened with a fatal disease known as Devil Facial Tumor Disease (DFTD). The only known contagious cancer, DFTD, is believed to have decimated up to 90 percent of wild Tasmanian devils. There are only 25,000 left of the wild population in Tasmania, according to Global Wildlife Conservation.

Aussie Ark has spent the last decade working to safeguard these apex predators. The organization created the largest breeding facility for Tasmanian devils not afflicted with DFTD on mainland Australia. The breeding program has proven very successful, growing from 44 individuals in 2011 to more than 200 today. Overall, the facility has seen nearly 400 devils born and raised over the last ten years.

Aussie Ark plans to reintroduce an additional 40 devils in the next two years. The organization will closely monitor how the devils are faring using tracking devices and camera traps.

“Without Aussie Ark’s incredible work and perseverance over all of these years, the recent devil reintroduction would not have been possible and instead of looking forward to the recovery of the species, we would be watching the devil slip into extinction,” said Don Church, President of Global Wildlife Conservation. “This is an incredible example of how to rewild our planet, bringing back the natural systems to the benefit of all life on Earth.”