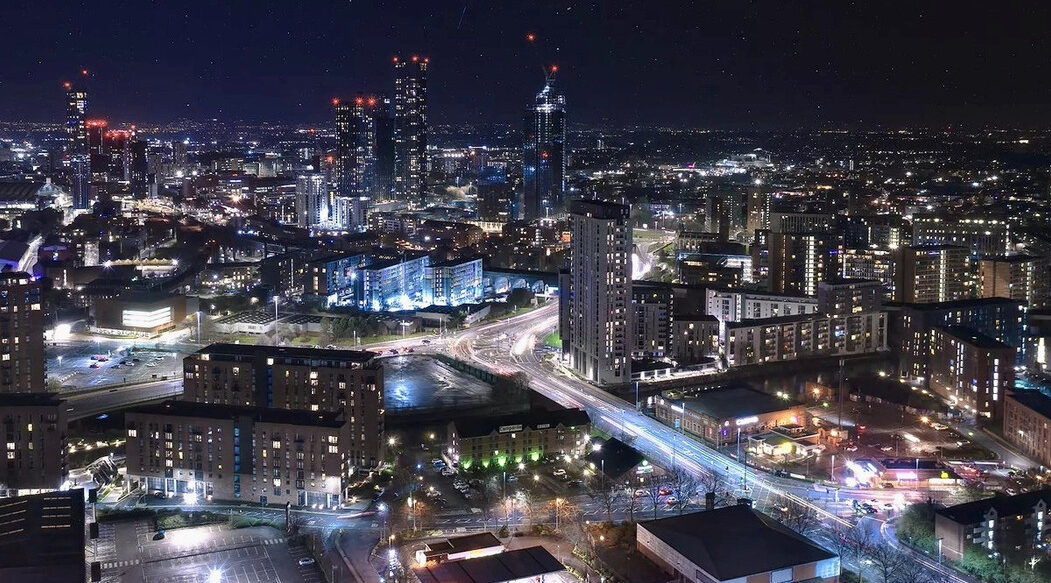 Almost every city now has some form of climate target. For instance Manchester, in northern England, aims to be zero carbon by 2038.

But such targets generally focus on emissions that occur within city borders and from the city’s electricity supply, and overlook the bulk of emissions from the things these cities consume: think of a laptop produced abroad but bought and used in Manchester, or taking a flight from Manchester to somewhere else. This is a problem because most cities only monitor direct emissions, such as those from cars on their roads, and those stemming from the electricity they consume.

COVID-19 has caused economic chaos with iconic high street chains in administration or disappearing and airports losing out on US$115 billion. Cities are therefore keen to reboot the economy to save jobs and livelihoods.

UK chancellor Rishi Sunak recently urged lockdown savers to splash out to revive the economy, and in 2020 launched the Eat Out to Help Out scheme which gave people incentives to dine at restaurants. The message is simple: consume to help the economy. The problem is, consumption is intrinsically linked to climate change.

Without strong national leadership on climate change, many people are pinning their hopes on cities. But when you only consider direct emissions, the more local you go, the more emissions you miss. The UK’s direct emissions might capture your 100 mile car drive from one city to another, or the rearing and transport of the Scottish salmon you eat for dinner – but your city’s footprint most likely will not.

We know that the consumption-based emissions of large cities need to be reduced by two-thirds within the next decade to prevent climate breakdown. This blindspot risks undermining current reduction efforts as it leaves future increases in consumption – and therefore emissions – unchecked. It also outsources responsibility for these emissions elsewhere.

So how can cities that rely on consumption recover from the pandemic in a way that also tackles consumption-based emissions?

We recently investigated this question, focusing on Manchester. We first identified some policies that are easy for the city to implement. These include the promotion of low carbon food in public institutions and schools, using planning regulation to ensure new buildings are only built when absolutely required and using low carbon materials, extending active travel schemes and working with delivery companies to decarbonise last mile delivery by using ebikes.

All this is within the city’s immediate scope of action and can demonstrate clear climate leadership. What’s more, these actions have a range of other benefits which will be essential after the pandemic, including improved public health and new job opportunities.

But cities will also have to start making radical and difficult decisions that will challenge the status quo. These might require lobbying or networking with other cities or organisations to be achievable. We need to rethink our wider consumer economy to make it ecologically viable, challenging the growth narrative and the indicators like GDP that underpin it.

Cities could, for instance, give adverts for high-carbon goods the tobacco treatment. We need to buy, build and use things only when we absolutely need to, and move from a linear “extract-use-dispose” model towards circular systems. Such shifts need to be supported by new approaches to waste management and construction. Looking at transport beyond the cities’ borders, we need to consider who needs to travel and how they do so. This raises far-reaching questions around how our lives are structured and the relationship between mobility, housing and work.

We know that the challenge of consumption-based emissions is intrinsically tied to inequality. The richest 10 percent of the global population are responsible for more than half of these emissions. Within the EU, the emissions of the poorest half of citizens fell by nearly a quarter between 1990 and 2015 but grew by 3 percent for the richest tenth.

Cities cannot turn a blind eye. The lifestyles of the super-rich need to change most dramatically and most urgently. This is pertinent for Manchester as it has the most multi-millionaires in the UK outside London. But we can target policies to stem their emissions: we know, for instance, that aviation accounts for more than half of the emissions of the super-rich. Cities could – and arguably should – push for interventions like frequent flyer caps to focus efforts on those that do the most damage.

More fundamentally, working to reduce inequality through increasing taxes on the super-rich and implementing progressive policies such as a universal basic income would restrict profligacy by the rich and contribute towards low carbon living for all. Cities do not have the power to implement these kinds of policies alone, but they are certainly where these conversations can happen and lobbying can begin.

COVID-19 has proven that rapid and radical changes to legislation, organisations and ways of living are possible in the face of a crisis. The threat of climate change warrants such a response and central to this will be ensuring that cities’ recoveries from the pandemic do not entrench our problematic relationship with consumption. The COVID-19 recovery should be about climate recovery too.