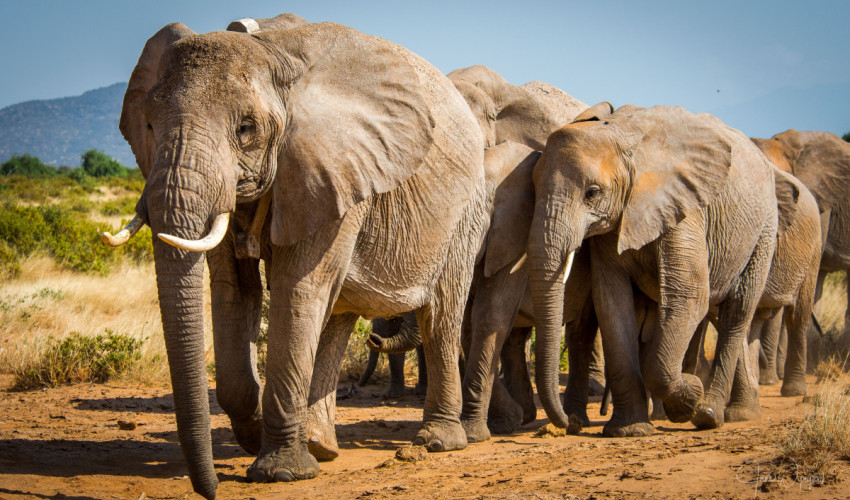 African elephants face a greater risk of extinction than previously thought, according to a new assessment from the International Union for the Conservation of Nature (IUCN).

African elephants have been reclassified from Vulnerable to Endangered and Critically Endangered.

Previously assessed as a single species, the African savanna elephant and forest elephant have been listed as Endangered and Critically Endangered. The updated classification marks the first time the two species have been assessed separately for the IUCN Red List.

“These two Red List assessments reflect the outcome of the IUCN SSC African Elephant Specialist Group taking a bold, collaborative, evidence-based decision to assess the African elephant as two separate species for the first time and understanding the implications and consequences of this shift,” said Dr. Jon Paul Rodríguez, Chair of the IUCN Species Survival Commission.

Savanna elephant numbers fell by at least 60 percent over the last 50 years, while forest elephants decreased by more than 86 percent over 31 years, according to the IUCN assessments.

The population decline has been largely attributed to poaching and habitat loss.

The ivory trade has been a prominent threat to both species. Thousands of elephants are killed every year to meet the demand for illegal ivory, with approximately one killed every 15 minutes.

The COVID-19 pandemic has led to a decrease in tourism in parts of Africa which has resulted in an increase in poaching activity, says the Wildlife Conservation Society.

Accelerated ambitious action from governments will be necessary to curb further elephant population decline. This is especially critical for the forest elephant.

“Conservation efforts to protect savanna elephants have seen many populations begin to recover, but sadly the same is not true for forest elephants, which remain under intense pressure from habitat loss and poaching. In the Dja Biosphere Reserve in Cameroon, for example, ZSL’s work with the Ministry of Forestry and Wildlife (MINFOF) suggests a 70 percent  drop in numbers since 1995, with as few as 220 animals remaining,” said Andrew Terry, Director of Conservation at the Zoological Society of London (ZSL), “Recovering these populations is vital for the forests but needs commitment across communities, companies, and government working together to achieve success.”

“The African forest elephant is not just a magnificent animal; it is also an important ally in our attempts to prevent catastrophic climate change. Forest elephants, by clearing smaller trees and undergrowth, allow larger and more carbon-dense trees to survive, thus enabling more carbon sequestration and storage. They are eco-system engineers,” said John Scanlon, CEO of the Elephant Protection Initiative.

A 2019 study found that forest elephants also aid in seed dispersal, assisting in the “germination of more than 100 tree species, which provide food and habitat for primates, birds, and insects.”

Complete loss of forest elephants in Central Africa would result in forests losing seven percent of their biomass, a loss of three billion tons of carbon.

“Moreover if we can save forest elephants we will also be protecting one of the most biodiverse rich habitats in the world. But while the forests of west and central Africa are a natural treasure trove, we’ve learnt this past year that our failure to protect them brings with it great dangers for humanity. If we carry on destroying these forests we risk exposing humanity to zoonotic diseases and the possibility of further pandemics,” added Scanlon.

The wildlife trade has been linked to the ongoing coronavirus pandemic and several major epidemics and pandemics in past years, including the Middle East respiratory syndrome (MERS), severe acute respiratory syndrome (SARS), and Ebola. The wildlife trade has also been shown to facilitate the transmission of pathogens that cause bird flu and swine flu.

“Africa’s elephants play key roles in ecosystems, economies, and in our collective imagination all over the world,” said Dr. Bruno Oberle, IUCN Director-General. “We must urgently put an end to poaching and ensure that sufficient suitable habitat for both forest and savanna elephants is conserved. Several African countries have led the way in recent years, proving that we can reverse elephant declines, and we must work together to ensure their example can be followed.”