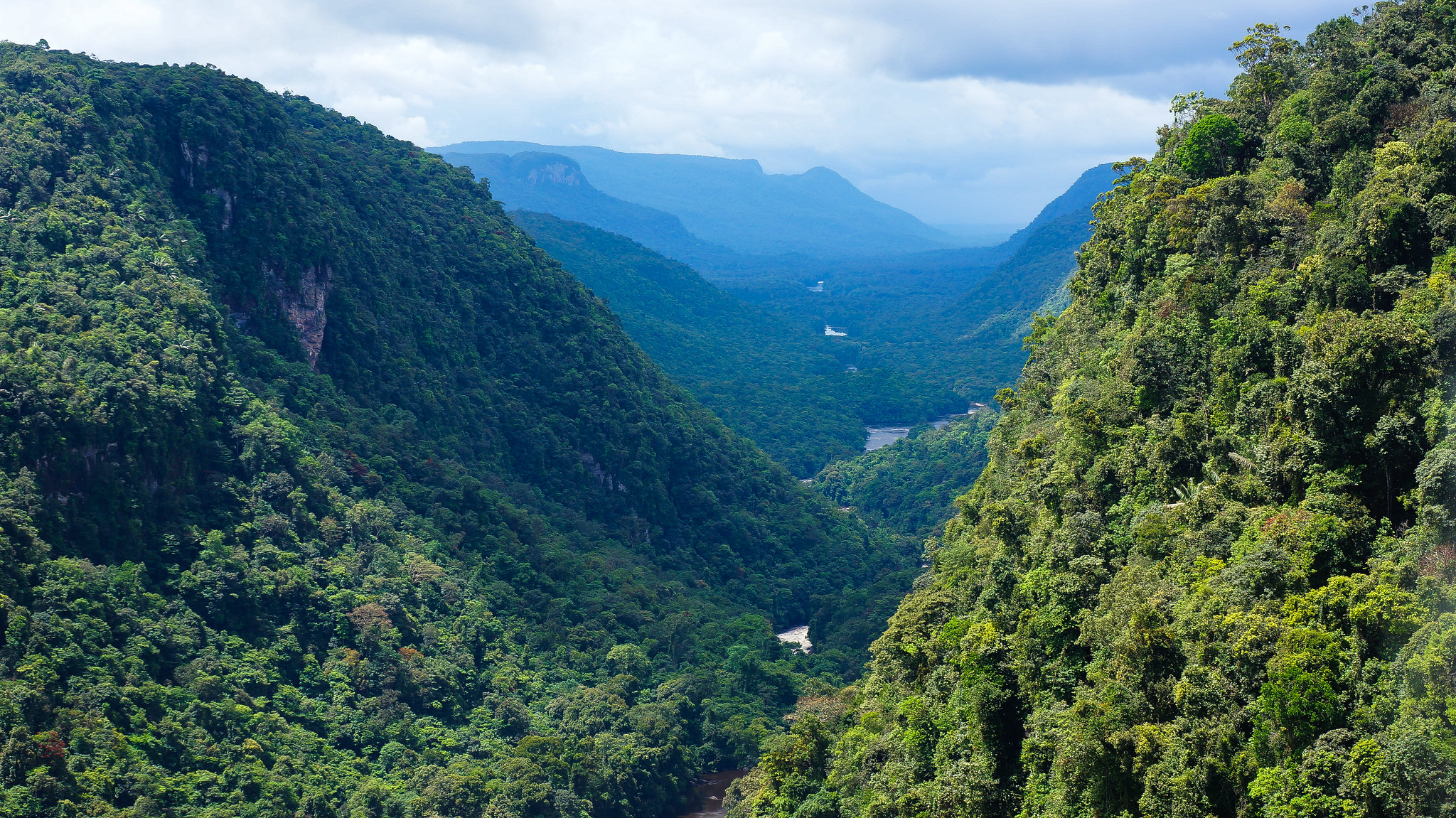 Guyana, meaning “land of water,” is one of the smallest, most densely forested countries in South America. It is also an important part of the Amazon biome. In 2009, the country made a landmark pact with Norway to maintain its low deforestation rates.

As donor, Norway agreed to disburse $250 million over five years based on evidence of forest conservation and the valuable ecosystem services they provide to benefit humanity, such as carbon storage.

The deal, which was a global first, supported the national launch of REDD+ (Reducing Emissions reducing emissions from deforestation and forest degradation), a framework intended to reduce planet-warming greenhouse gas emissions from forest deforestation and degradation, while enhancing conservation and sustainable management efforts. Through the initiative, Guyana was meant to use results-based payments to finance national development plans while supporting the global climate response, providing a valuable example for other high-forest, low-deforestation countries to follow.

In 2015, as it was nearing the end of the five-year-period, and just as the government was undergoing a change of leadership, large offshore oil and gas fields were discovered. These transformations led to uncertainty about national priorities and commitment to REDD+ going forward.

All of this activity taken into account, scientists with the Center for International Forestry Research (CIFOR) have taken stock of Guyana’s progress during and after the deal with Norway in a REDD+ Country Profile. They offer an analysis of issues affecting the REDD+ policy environment between 2009 and 2019, outlining key challenges and opportunities for implementation.

The publication is part of CIFOR’s Global Comparative Study on REDD+ (GCS-REDD+), which examines REDD+ decision-making processes and outcomes in 14 countries to advance the initiative in each location.

Guyana has maintained low deforestation rates — 0.048 percent in 2017 according to the latest available data, as compared to 0.87 percent in Brazil — and the benefits of REDD+ go beyond forest cover.

“The Norway-Guyana partnership has raised the political profile of climate change issues in Guyana and brought about important wins in terms of institutional strengthening and capacity building,” said lead author Vanessa Benn from the CIFOR partner organization Iwokrama International Centre for Rainforest Conservation and Development, which conducts research and implements sustainable forest management strategies in Guyana.

For example, the country set up an Office of Climate Change and expanded the mandate and technical capacity of the Guyana Forestry Commission (GFC), which became the focal point for REDD+ implementation. It created a new Ministry of Natural Resources and an Office of Climate Change and revised a number of legal and policy frameworks to support REDD+ efforts, notably the Forest Regulations, the National Forest Plan and the Code of Practice for Timber Harvesting.

All of that helped the country enter a voluntary partnership agreement with the European Union (EU) in 2019 as part of the EU’s initiative to address illegal logging, called Law Enforcement, Governance and Trade (FLEGT) Action Plan.

According to the country profile report, another major outcome was “the establishment and continued improvement of a robust Monitoring, Reporting and Verification (MRV) System that accounts for the area of deforestation and degradation with confidence and that is independently verified.”

The GFC is currently finalizing the 2019 monitoring report and starting work on the 2020 report. To Benn, that suggests an ongoing commitment to REDD+ despite the change in government in 2015 and most recently in August 2020 — and the uncertainty, in terms of political priorities, created by the discovery of oil fields five years ago.

Benn highlighted the efforts of the Forestry Commission with MRV and encouraged other government bodies to follow suit. “We need agencies in charge of agricultural lands and mining to better monitor their own sectors, so the country can address the drivers of deforestation and forest degradation in a more holistic and direct manner.”

Progress on REDD+ has not been without challenges, including the method of making payments, a challenge that Guyana and other countries also faced.

Recognized under the 2015 U.N. Paris Agreement, at first REDD+ was conceived as a market-based means for industrialized countries to pay forest-rich countries for reducing emissions and contributing to achieving overall global climate targets through financial credits.

The concept did not materialize, and REDD+ initiatives and rewards are now funded by donors.

“Most of the progress was made early on and has since slowed, mainly due to delays in financing caused by the administrative hurdles of channeling funds earned from the Guyana-Norway agreement,” says the publication.

“The disbursements were mediated by the World Bank and the Inter-American Development Bank (IDB), which added their own safeguards and requirements to the process, making the process significantly more complex,” Benn said.

“While some of these challenges were understandable given that there was no precedent to follow for this agreement, the fact that they persisted led to frustration among the beneficiaries of the projects to which the funds were to be directed,” the country profile states. It also notes that payments for ecosystem services are not and should not be managed as Official Development Aid.

The $190 million disbursed throughout 2015 were invested in a number of social and economic development projects aimed at increasing access for Indigenous Peoples to electricity, improving land tenure and rehabilitating the Cunha Canal, a major climate change adaptation project meant to reduce flooding on the east bank of the Demerara River. An estimated 39 percent of Guyana’s population live in regions with significant flooding risk and where extreme weather events are intensifying.

Land tenure and legal certainty are other topics of concern. In Guyana, Indigenous Peoples make up 9 percent of the country’s total population and have so far formalized ownership rights to over 14 percent of the territory, the profile states. However, “the limited coordination between ministries has caused overlap (fully or partially) of Indigenous communities’ titles with extractive permits.”

“Also, there still much to do to ensure all stakeholders benefit equitably from payments for ecosystem services,” Benn said. One way of advancing equity could be through an “opt-in” mechanism, whereby individual indigenous villages could decide to join REDD+ efforts and monitor the changes in forest cover in their own lands. The national government and the villages would then share payments for ecosystem services. The approach, which is unique to Guyana, is currently in the pilot phase.

Guyana is now in the “REDD+ Readiness” phase, working on the development of its national REDD+ strategy and considering the possibility of reaching another agreement with Norway. “Financing is important to maintain the momentum for REDD+ in the country,” Benn said.

We hope future efforts will build on what has been achieved so far, said Bimo Dwi Satrio, co-author and senior research officer with GCS REDD+ at CIFOR. “The country profile is a valuable asset that policymakers, implementers and donors can draw upon what we’ve learned so far to take REDD+ to the next stage. We believe we’ve established a basis upon which to use it to make evidence-based decisions towards a more effective, efficient and equitable REDD+,” he said.

REDD+ in Guyana continues and so does research. According to Bimo, scientists plan to use the country profile and an upcoming media analysis as the basis for future research on the policy network. The objective is to understand which actors influence REDD+ policy making, who is for and against the framework, and which stakeholders can accelerate REDD+ implementation.