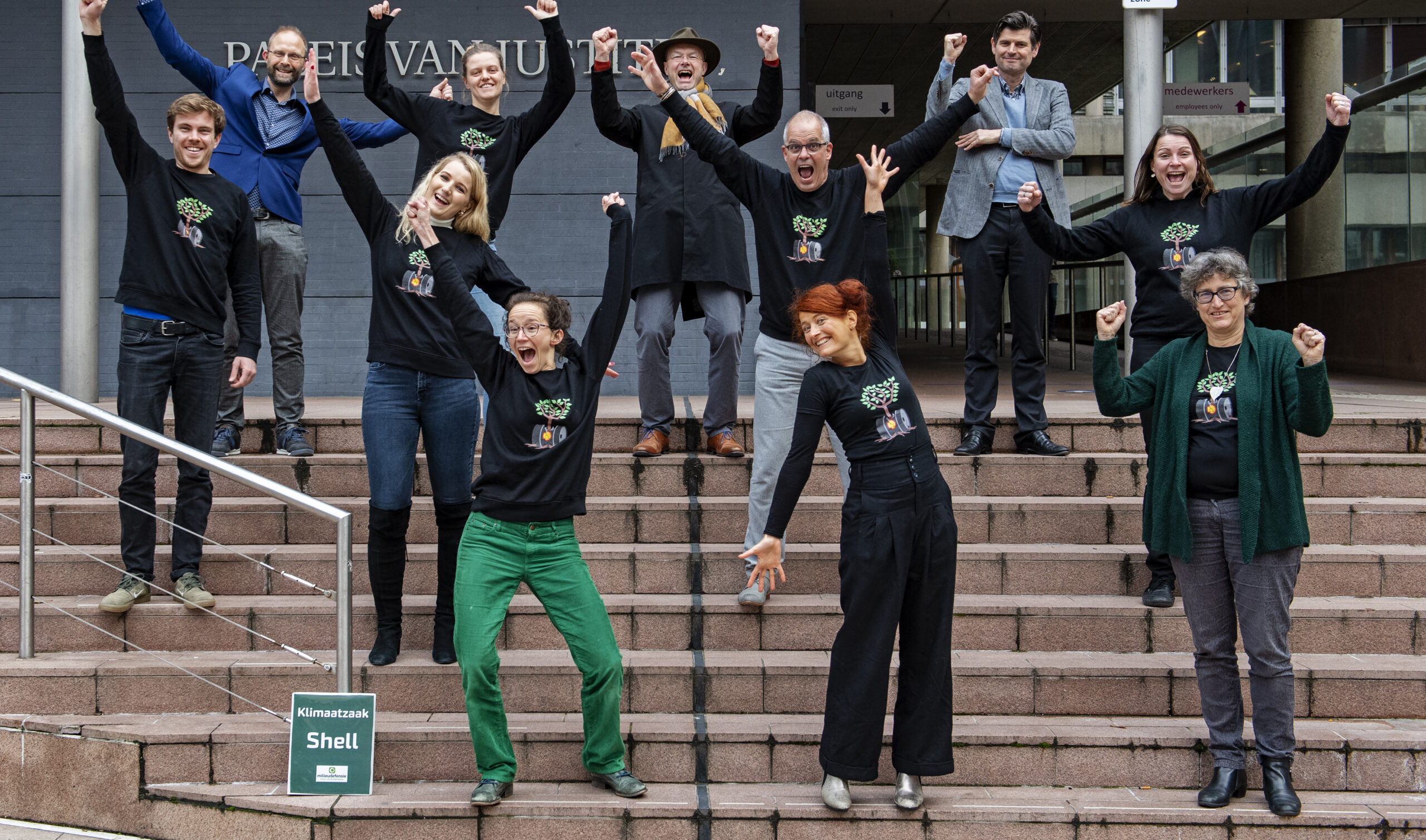 Royal Dutch Shell is being held accountable for its role in perpetuating the climate crisis.

A Dutch court ruled that Royal Dutch Shell must reduce its carbon emissions by 45 percent by 2030. The decision by the Dutch court marks the first time in history that a major fossil fuel company has been held liable for its climate impacts.

The lawsuit was brought forth by Friends of the Earth Netherlands (Milieudefensie) along with Greenpeace Netherlands, ActionAid, Both ENDS, Fossielvrij NL, Jongeren Milieu Actief, the Waddenvereniging, and an additional 17,379 individual co-plaintiffs.

“The Dutch court judgment in the Shell case is a landmark decision as it extends obligations of an international treaty- the Paris Agreement- to a private entity based in the risk of violation of human rights- the right to life and the right to respect for private and family life- by global warming,” said Ana Barreira, Director of the International Institute for Law and the Environment (Instituto Internacional de Derecho y Medio Ambiente).

Human rights were factored into the Dutch court’s decision.

Milieudefensie claimed that the fossil fuel giant’s practices are breaching Article 6:162 of the Dutch Civil Code. Additionally, Milieudefensie argued that Royal Dutch Shell has an obligation to respect the right to life and the right to undisturbed family life, which are enshrined in Articles 2 and 8 of the European Convention for the Protection of Human Rights and Fundamental Freedoms and Articles 6 and 17 of the International Covenant on Civil and Political Rights.

“Companies must respect human rights. In addition, it is also very relevant that the obligation to reduce its emissions by 45 percent also applies to Shell’s suppliers and customers based on the standard duty of care provided in the Dutch civil code,” added Barreira.

The landmark victory has been welcomed by activists, NGOs, and environmental lawyers. The decision could pave the way for similar cases around the globe, increasing the pressure on other fossil fuel companies to take concrete climate action by ceasing fossil fuel extraction and production and shifting toward sustainable alternatives.

“This judgment against Shell shows that stopping the expansion of oil and gas can also be legally enforced. It can be enforced because it is necessary to protect human rights and to ensure that humanity and each individual person retain their right to life, health and wellbeing. These and other human rights, such as the right to food and drinking water, can only be enjoyed if the earth remains habitable,” stated Roger Cox, lawyer for Milieudefensie.

Donald Pols, Director of Milieudefensie, described the verdict as a “historic tipping point” and a victory for future generations.

“This is a tremendous victory for climate, for the millions of people around the world threatened by dangerous climate change, the 17,000 co-claimants, and the hundreds of thousands of people who have supported this case,” said Pols.

One of the world’s top polluters, Shell is one of 25 fossil fuel producers responsible for more than 50 percent of global greenhouse gas emissions in the last 30 years.

In 2018, leaked documents showed that the oil giant was aware of the severity of climate change by the mid-1980s and the company’s potential culpability in 1998.

“Following the storms, a coalition of environmental NGOs brings a class-action suit against the US government and fossil-fuel companies on the grounds of neglecting what scientists (including their own) have been saying for years: that something must be done. A social reaction to the use of fossil fuels grows, and individuals become “vigilante environmentalists” in the same way, a generation earlier, they had become fiercely anti-tobacco. Direct-action campaigns against companies escalate. Young consumers, especially, demand action,” the leaked report states.

“The judge is clear: the world is on fire and Shell must not continue to throw oil on the fire,” added Pols.

This isn’t the first time a Dutch court has ordered Shell to take responsibility for the environment and social impacts caused by the company.

Earlier this year, a Dutch court ruled that Shell’s Nigerian subsidiary must compensate three Nigerian farmers and their fellow villagers for the damage caused by oil pollution. Milieudefensie and four Nigerian farmers brought the case against Shell in 2008.

“Finally, there is some justice for the Nigerian people suffering the consequences of Shell’s oil,” said Eric Dooh, one of the Nigerian plaintiffs.

The court also ruled that Royal Dutch Shell, the parent company, had the “duty of care” to ensure that a leak detection system had been installed.

“It is enormous that Shell has to compensate for the damage. This is also a warning for all Dutch multinationals involved in injustice worldwide,” said Pols in a January statement. “Victims of environmental pollution, land grabbing or exploitation now have a better chance to win a legal battle against the companies involved. People in developing countries are no longer without rights in the face of multinationals.”