advertisement
Home Climate Climate Is More Than A Concern, It Is A Common Heritage 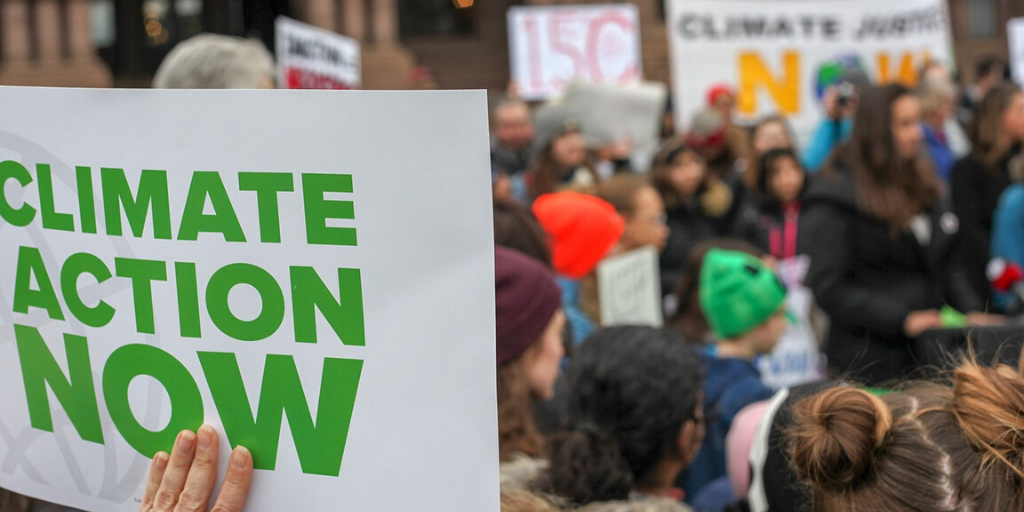 Climate change is no longer just a threat to future generations or some far away place. It is happening now, and it affects all of us, no matter where we live.

Climate change is causing extreme weather events all around the world. We see widespread severe drought, heatwaves setting record temperatures, and wildfires have already burned millions of acres so far this year, with devastating consequences.

There have been massive flooding events across Europe, India, and China.

Climate change is the greatest challenge humanity has ever faced.

For humanity to tackle this challenge, we need a legal framework, says Paulo Magalhães, Founder and President of the Common Home of Humanity.

“Climate change is a problem defined by the difficulty of collective action,” Magalhães says in a recent TED Talk. “Therefore, the biggest challenge we face is to create the conditions to make it possible to act together. A proper legal framework is the most basic requirement for any human action.”

Launched in 2018, the Common Home of Humanity aims to build a global movement to create the needed structural conditions for collective action to stabilize the climate and ensure a sustainable future for humankind.

Since its launch, the organization has been steadfast in its advocacy and work toward reaching a legal definition and recognition of a “Stable Climate as a Global Common.”

“A stable climate is a visible manifestation of a well-functioning Earth System,” explains Magalhães. “This stability is based on a well-defined pattern of atmospheric and ocean circulation. A pattern of stable dynamics of the functioning of the Earth System can be compared to the software of the planet.”

However, human activities are damaging this software, altering the biochemical composition of the atmosphere and driving an increase in global temperatures, warns Magalhães.

Globally, the scientific community overwhelmingly agrees that humans are the main cause of the climate emergency. In recent years, scientific consensus regarding human-caused global warming was thought to have surpassed 99 percent, leaving “no doubt” that the rapid warming currently being observed is not part of a natural climate cycle, said Dr. Stefan Brönnimann, Professor of Climatology at the University of Bern.

In 2019, thousands of scientists from more than 150 countries joined together to declare a climate emergency and urge action. Now, this global coalition of scientists is once again calling for transformative action to address the overexploitation of the Earth in an article published in the journal BioScience.

“We need to stop regarding the climate emergency as a stand-alone environmental problem,” said the authors.

“Global heating, although ruinous, is not the sole symptom of our present struggling Earth system but is only one of the many facets of the accelerating environmental crisis. Policies to alleviate the climate crisis or any of the other threatened planetary boundary transgressions should not be focused on symptom relief but on addressing their root cause: the overexploitation of the Earth,” continued the authors.

Although intangible, a planetary system with a stable, correctly operating “software” is humanity’s most outstanding global common, says Magalhães.

“It is the very foundation of everything. It is the planetary system that supports life on Earth, the basis for all human civilization, and our most valuable asset. However, although climate change is accepted as a tragedy of the commons, in the world of law, a stable climate is not recognized as a common good,” he states.

In 1988, the Maltese government proposed recognizing climate as a “Common Heritage of Humankind.” Instead, UN resolution 43/53 considered climate change as a “Common Concern of Humankind,” this was later confirmed at the Earth Summit in Rio de Janeiro in 1992.

The recognition of climate change as a common concern is not enough, explains Magalhães.

“A concern is a vague political concept, meaning that we are worried about something,” he says. “But in legal terms, nobody knows what the concern is.”

Klaus Bosselmann, Director of the New Zealand Centre for Environmental Law at the University of Auckland, echoed this sentiment last year in an episode of Common Home Conversations.

“With respect to the effective climate regime, which we desperately need, we can’t rely on the Paris Agreement and ongoing negotiations. There needs to be a far more fundamental understanding that the atmosphere as a whole requires a legal status and the legal status would indeed be the common heritage notion rather than the common concern notion, which I think is too weak,” said Bosselmann.

“We don’t know the rights and duties of countries arising from that concern. On the other hand, the acceptance of the heritage concept would mean that we accept the existence of this truly common good that belongs to everyone, that exists inside and outside all the jurisdictions of States,” says Magalhães.

“By this way, we maintain the rule that only through the destruction of nature we can create wealth,” says Magalhães. “In a scenario like this, it is impossible to have what we really need- a society able to restore and maintain a stable climate for the benefit of all humankind and the next generations. What should have more value for us humans? The intangible biochemical work performed by forests to stabilize climate or cutting the trees to extract timber?”

Our current economy underestimates the value of nature. Rather than giving value to the natural intangibles that support life on Earth, it only values commodities such as timber, soil, and cattle, he explains.

There is a need for a legal innovation that is capable of recognizing this “natural software” as our intangible common good. This recognition could be the legal basis needed to enable us to give value to what really matters while building a regenerative economy, says Magalhães.

“To rethink the legal status of climate is not a theoretical discussion. It is the possibility of overcoming the biggest obstacle we face- our current inability to take global collective action,” he says.

Recognizing a stable climate as an intangible Common Heritage of Humankind could provide us the opportunity to give value to the work of nature without destroying it and provide a system of accountancy “capable of giving economic visibility to all the positive and negative impacts that everyone produces in the common good.”

As the world begins the process of recovery from the COVID-19 pandemic, it is imperative that we shift away from business-as-usual and toward sustainable solutions.

“We need to recognize, restore, and protect our intangible and indivisible planetary home. We must create a beacon of hope for our generations and the generations to come,” said Magalhães.