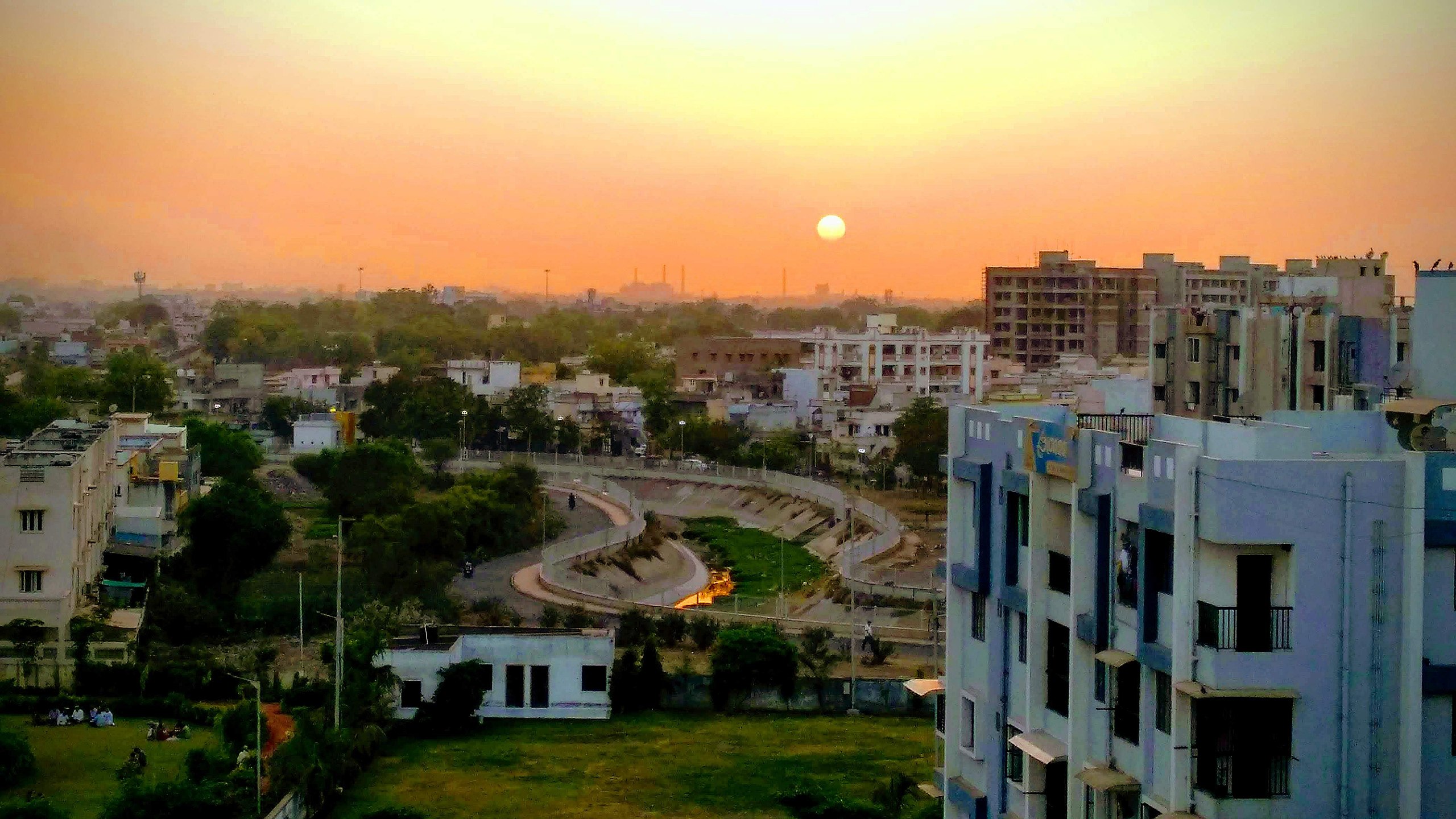 Unprecedented heat waves swept through Canada, the United States, and northern India this year, claiming hundreds of lives. These heat waves are not new: In India, 17,000 deaths have occurred because of heat waves since the 1990s.

A recent global study found that India had the highest burden of mortality associated with high temperatures between 2000 and 2019. In the summer of 2010, temperatures rose to 46.8°C in Ahmedabad, a metropolitan city in the state of Gujarat, causing an excess of 1,300 deaths in just 1 month.

Polash Mukerjee, the lead for Air Quality and Climate Resilience at the Natural Resources Defense Council (NRDC) India Program, said, “The heat wave in 2010 was devastating. People were caught unaware; they didn’t know they were experiencing symptoms of heat. In one hospital, there were 100 neonatal deaths.”

The deaths in Ahmedabad prompted scientists from NRDC; the Indian Institute of Public Health (IIPH), Gandhinagar; the India Meteorological Department (IMD); and officials from the Amdavad Municipal Corporation to develop India’s first heat action plan specifically tailored for a city in 2013.

“The nodal officer sends out alerts: orange (very hot) if it is more than 40°C, red (extremely hot) for more than 45°C. Messages are then sent to the public through various media, to take precautions and not go out. Hospitals are made ready to receive heat stroke cases,” explained Dileep Mavalankar, director of IIPH, Gandhinagar.

A study conducted to assess the effectiveness of the Ahmedabad heat action plan found that an estimated 2,380 deaths were avoided during the summers of 2014 and 2015 as a result of the plan’s implementation.

In 2015, India decided to scale up heat action plans based on the Ahmedabad model. In 2016, IMD started issuing 3-month, 3-week, and 5-day heat forecasts. India’s National Disaster Management Authority (NDMA) along with IMD and NRDC started developing heat action plans for other cities and states.

Anup Kumar Srivastava, a senior consultant at NDMA, said, “We have developed city-specific threshold assessments based on temperature and mortality data from last 30 years. We analyzed at what temperatures mortalities happened, for example, how many deaths were there at 35°C and at 40°C. Based on this data, we send out area-specific advisory for the temperature forecasted.” He added that of the 23 heat-prone states, 19 have heat action plans in place.

Action plans vary by region. The temperature threshold for the coastal city of Bhubaneswar, for example, takes into account the relative humidity of the place. “Yellow alert is issued at 35.9°C, orange at 41.5°C and red at 43.5°C for Bhubaneswar,” Srivastava said. In contrast, the temperature threshold for Nagpur, a city in the interior with a dry and arid climate, is 43°C (orange) and 45°C (red).

In addition, because of higher humidity, a coastal city feels hotter than a noncoastal city at the same temperature, Mukerjee explained. “So the coastal city heat action plan may include awareness components for heat-related illnesses associated with dehydration, whereas noncoastal cities will focus more on heat exhaustion and heat stroke,” he added.

Current Plans Are Just a Start

Not all experts agree on the efficacy of the heat plans. Abinash Mohanty, program lead for the Council on Energy, Environment and Water, Delhi, who was not involved in developing the heat action plans, said that studies indicate that the frequency of heat waves in India has increased since the 1990s, with a 62 percent increase in mortality rate.

“The numbers are an indication of the extremities yet to come, and the current limitations of heat action plans (lack of empirical evidence, limited adaptive capacity, and impact-based early warning) make them inadequate to mitigate heat waves,” he said.

Mohanty clarified that few cities like Ahmedabad have full-fledged heat action plans that identify and characterize climate actions focused on mitigating heat wave impacts. “Many cities lack climatological-led empirical evidence on metrics such as the number of heat wave days, seasonal variability, that are imperative for effective heat wave management,” he explained.

Mohanty added that though the current heat plans are a good starting point, they need to include factors such as the heat wave index, wet-bulb temperature, and updated heat wave definitions across varied geographies.

Kamal Kishore, a member of NDMA, said, “The heat plans are based on vulnerability factors for each city—people working outside (such as farmers, [those working in] open shops, and traffic police), type of dwellings (type of walls and roofs), access to drinking water, nutritional factors, etc.”

He added that preparedness workshops are planned well in advance of the season, and they constantly revise guidelines based on previous years’ lessons.

Mukerjee added that heat action plans are moving from reactionary to more mitigative approaches. These approaches include the cool-roof initiative, which is a low-cost method to reduce indoor temperatures and the corresponding health impact. “Cool-roof paints reflect the sunlight away from the surface of a building. This has potential to benefit the most vulnerable section of society, [such as] migrant workers, women, and children in low-income neighborhoods,” he said.

The cities of Bhopal, Surat, and Udaipur have pioneered the use of cool roofs for the past 2 years, Mukerjee said. “Ahmedabad included cool roofs in 2017; the neonatal unit has benefitted. Telangana has a state level policy now wherein all new building plans must include cool roofs.”

Mohanty said that tackling heat waves should be a national imperative and a more robust and granular picture of heat wave impact should be mapped to the productivity of citizens.

He said, “2021 will be remembered as a year of heat wave anomalies ravaging lives and livelihoods across Indian states. Tackling heat waves calls for heat wave–proofed urban planning, revival and restoration of natural ecosystems that act as natural shock absorbers against extreme heat wave events.”