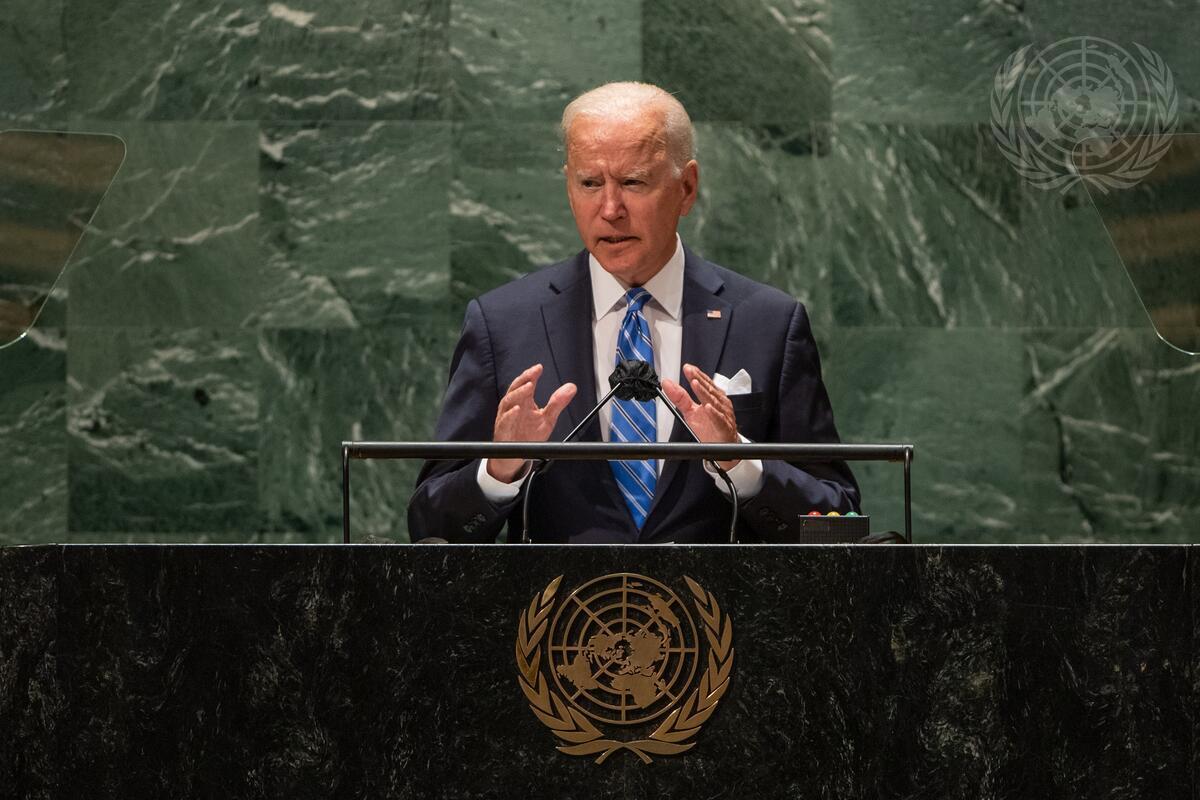 The United States has pledged to double its international climate finance contribution.

The U.S. initially committed to a contribution of $5.7 billion annually at President Biden’s Leaders Summit on Climate in April. Environmentalists criticized the contribution as not being ambitious enough and insufficient to address the needs of vulnerable countries.

Now, President Biden announced his administration’s intent to work with Congress to boost the nation’s climate finance pledge, delivering roughly $11.4 billion each year by 2024 to developing countries to aid in emissions reductions and adaptation to climate impacts.

“The best part is, making these ambitious investments isn’t just good climate policy, it’s a chance for each of our countries to invest in ourselves and our own future,” Biden stated at the UN General Assembly.

The updated pledge brings the United States more in line with the contributions and efforts from other leading economies, according to activists. Prior to the UN General Assembly, several aid, development, faith-based, and environmental groups came together to call on the U.S. administration to increase its international climate finance contribution to $12 billion per year by 2024.

Climate finance is a pillar of the Paris Agreement and has been a key element of global cooperation to tackle climate change.

Under the UN Framework Convention on Climate Change (UNFCCC), developed countries committed to collectively contribute $100 billion per year in international climate finance by 2020. However, nations have fallen short of achieving the annual goal.

The Organisation for Economic Co-operation and Development (OECD) recently estimated that developed countries had mobilized $79.6 billion per year as of 2019, a two percent increase from 2018.

“The limited progress in overall climate finance volumes between 2018 and 2019 is disappointing, particularly ahead of COP26,” said OECD Secretary-General Mathias Cormann. “While appropriately verified data for 2020 will not be available until early next year it is clear that climate finance will remain well short of its target. More needs to be done.”

“It is more urgent than ever that developed countries step up their efforts to deliver finance for climate action in developing countries, particularly to support poor and vulnerable countries to build resilience against the growing impacts of climate change,” added Cormann.

The United States has a “moral responsibility” to provide support to vulnerable countries that are suffering the most from climate inaction, according to Manish Bapna, President and CEO of the Natural Resources Defense Council (NRDC).

“The Biden administration is taking a significant step forward in boosting support for countries that are both suffering the most from climate change and have the least financial resources to combat it. But it will not be enough if we stop here. Now Congress must fully enact President Biden’s pledge to help developing countries cut climate pollution and protect against its impacts,” said Bapna.

The U.S. has been a significant driver of global warming. Historically, the nation has emitted more carbon dioxide than any other country and is responsible for more than a quarter of all carbon dioxide emitted since the 1750s.

While the updated financial pledge has been welcomed by environmental groups, there is a growing call for the U.S. to increase its climate ambitions.

The Biden administration has been a vocal supporter of ambitious climate action, stating that climate change is a main priority for the U.S. government. Hours after assuming office, President Biden reinstated the United States to the Paris Agreement.

However, the Biden administration recently came under fire after announcing plans to open up 80 million acres of the Gulf of Mexico to the oil and gas industry, the largest offshore oil lease sale in the nation’s history, in response to an order by a federal judge in Louisiana.

Greenpeace USA Climate Campaign Director Janet Redman noted that President Biden’s message at the UNGA was clear: every country needs to bring its highest possible ambitions to the fight against climate change.

“For the U.S., that starts with Congress making sure that the Build Back Better Act fulfills Biden’s promise of a clean energy future and an end to the age of oil,” said Redman.

“For years, the U.S. has propped up Big Oil at home and around the world, perpetuating the industry’s false choice between a thriving economy and a healthy planet. If this administration cares as much about the fate of the world as President Biden claims, he must underscore to leaders in Congress that eliminating handouts to fossil fuel CEOs is a top priority. Investment in a global clean energy transition that creates millions of good-paying jobs and a commitment to human rights and labor protections is our best chance at survival,” added Redman.