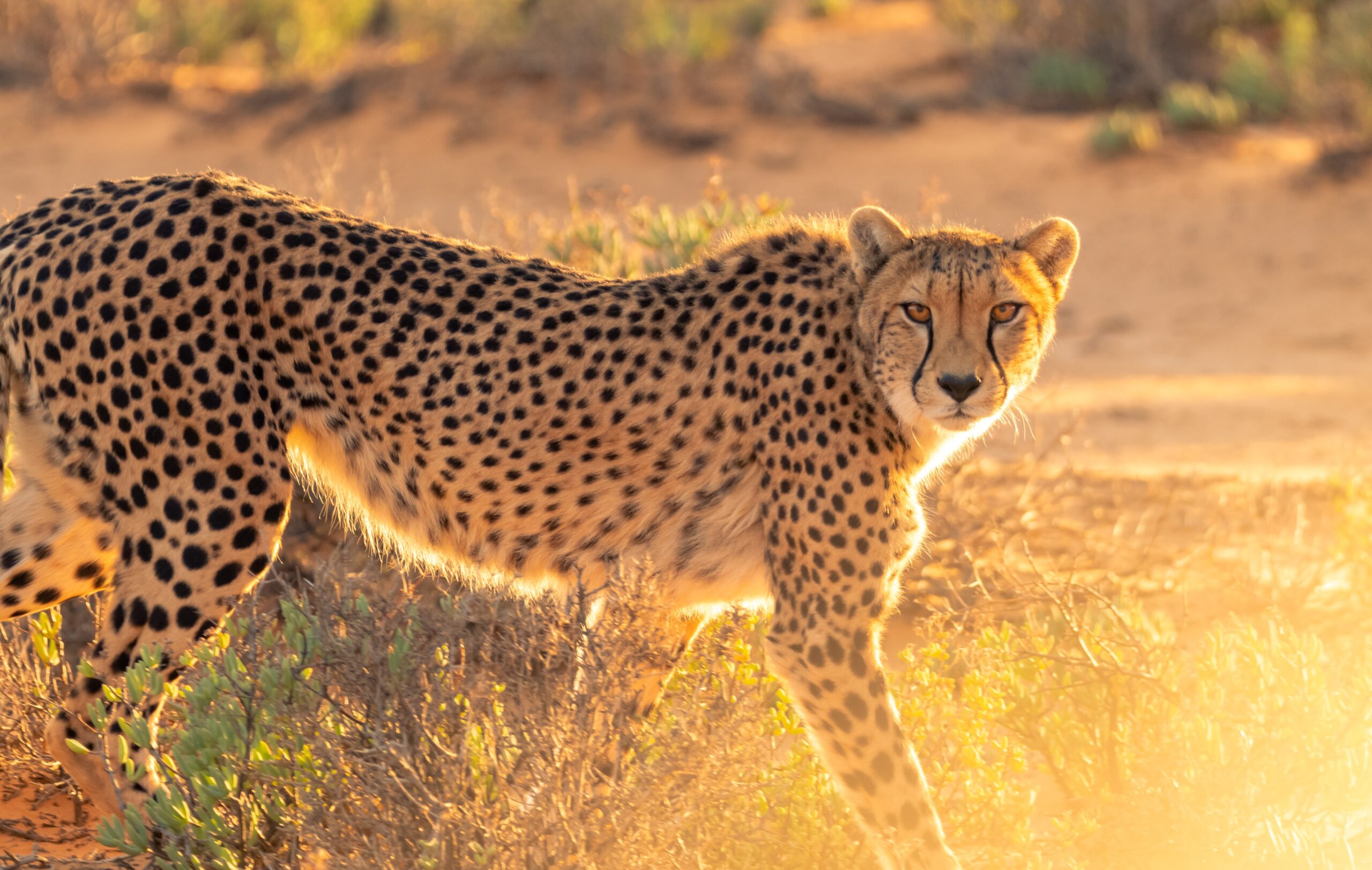 Cheetahs are set to return to Mozambique’s Maputo Special Reserve for the first time in 60 years.

Maputo Special Reserve was initially established in 1960 as the Special Elephant Reserve. Nearly a decade later, the reserve was renamed to highlight the region’s conservation status beyond elephants.

The reserve has been managed through a joint partnership between Mozambique’s National Administration for Conservation Areas (ANAC) and the Peace Parks Foundation since 2018. Rewilding has been a key focus of the restoration and development of the reserve. In the past decade, nearly 5,000 animals have been translocated there, including giraffes, impalas, and zebras.

Now, four cheetahs will be reintroduced into the southern Mozambique reserve with the support of Ashia Cheetah Conservation, the Endangered Wildlife Trust (EWT), and the Mozambique Wildlife Alliance.

The cheetahs, sourced from private game reserves in South Africa, have been transported to holding bomas within the reserve. The big cats will need to undergo a three-week period of acclimatization prior to being released.

“With the support of our partners, we are delighted to be playing a part in expanding the range of cheetahs, as part of our overall work in stabilising ecosystems and reintroducing carnivores to ecologically-restored landscapes,” said Werner Myburgh, Peace Parks Foundation CEO.

Listed as Vulnerable by the IUCN Red List, the world’s fasted land animal has faced a dramatic population decline in the last century, falling from an estimated 100,000 to less than 7,500. The decline can be primarily attributed to increasing pressures such as human-wildlife conflict, illegal trade, and habitat loss.

“Reintroduction of cheetahs into protected areas is one of the key strategies to reduce the risk of extinction fuelled by habitat loss and events such as persecution, prey depletion, and disease,” said Marna Smit, Director for Ashia Cheetah Conservation.

Following a feasibility study, the EWT deemed that the Maputo Special Reserve was suitable for the species.

The metapopulation within this network constitutes the only growing wild cheetah population in the world, according to Peace Parks Foundation.

“This represents our 26th Cheetah reintroduction over the past decade. Thanks to the efforts of ANAC and Peace Parks, there are now greater levels of ecological functionality in the protected areas of Mozambique. This has created safe spaces for the reintroduction of wild cheetahs within their historical range,” stated Vincent van der Merwe, Cheetah Range Expansion Project Coordinator at the EWT’s Carnivore Conservation Programme.