advertisement
Home Environment Deforestation Can Raise Local Temperatures By Up to 4.5℃ – and Heat... 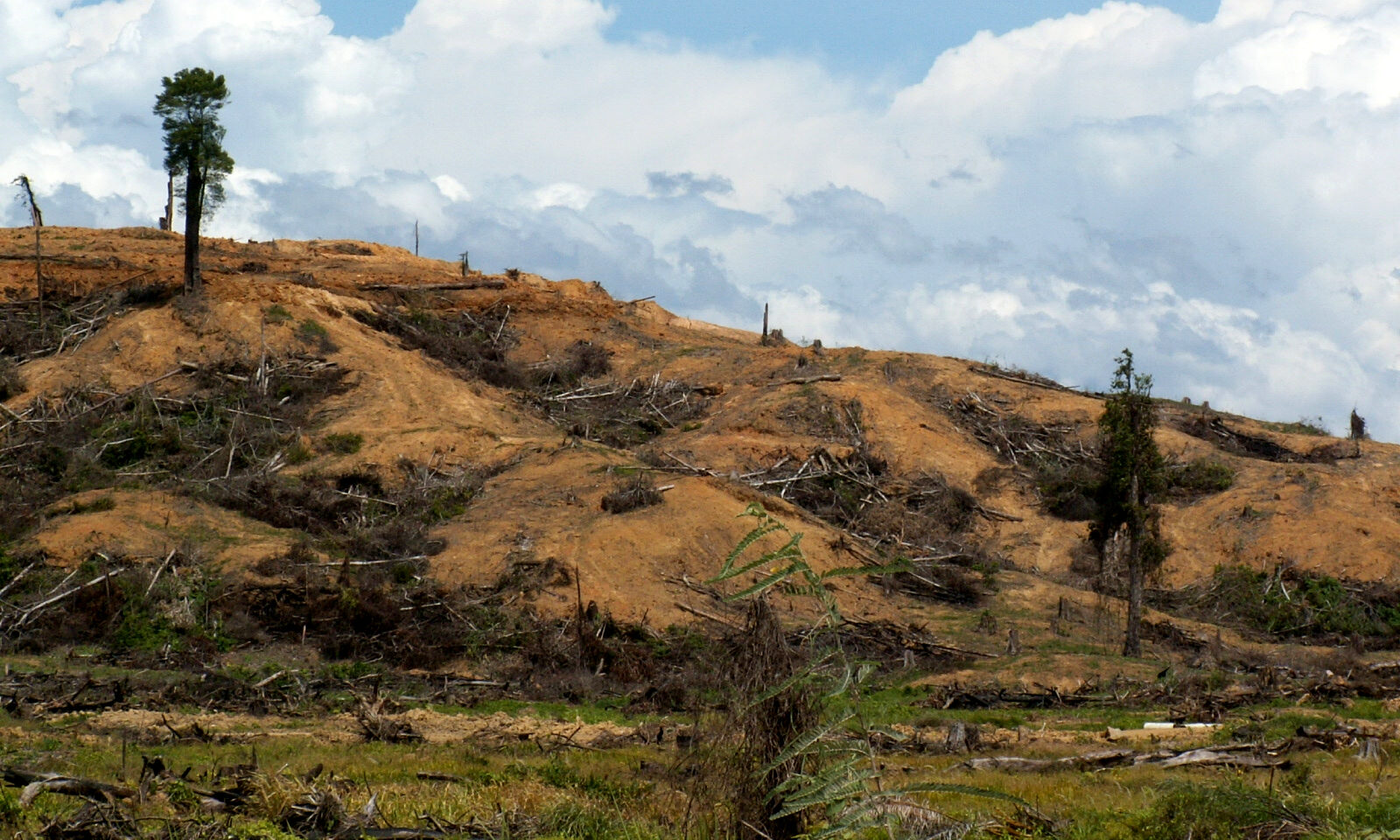 Forests directly cool the planet, like natural evaporative air conditioners. So what happens when you cut them down?

In tropical countries such as Indonesia, Brazil and the Congo, rapid deforestation may have accounted for up to 75 percent of the observed surface warming between 1950 and 2010. Our new research took a closer look at this phenomenon.

Using satellite data over Indonesia, Malaysia and Papua New Guinea, we found deforestation can heat a local area by as much as 4.5℃, and can even raise temperatures in undisturbed forests up to 6km away.

More than 40 percent of the world’s population live in the tropics and, under climate change, rising heat and humidity could push them into lethal conditions. Keeping forests intact is vital to protect those who live in and around them as the planet warms.

At the recent climate change summit in Glasgow, world leaders representing 85 percent of Earth’s remaining forests committed to ending, and reversing, deforestation by 2030.

This is a crucial measure in our fight to stop the planet warming beyond the internationally agreed limit of 1.5℃, because forests store vast amounts of carbon. Deforestation releases this carbon – approximately 5.2 billion tonnes of carbon dioxide per year – back into the atmosphere. This accounts for nearly 10 percent of the global emissions from 2009-2016.

Deforestation is particularly prevalent in Southeast Asia. We calculate that between 2000 and 2019, Indonesia lost 17 percent of its forested area (26.8 million hectares of land), and Malaysia 28 percent of its forest cover (8.12 million hectares). Others in the region, such as Papua New Guinea, are considered “deforestation hot spots”, as they’re at high risk of losing their forest cover in the coming decade.

Forests in this region are cut down for a variety of reasons, including for expanding palm oil and timber plantations, logging, mining and small-scale farms. And these new types of land uses produce different spatial patterns of forest loss, which we can see and measure using satellites.

We already know forests cool the climate directly, and losing forest causes local temperatures to rise. But we wanted to learn whether the different patterns of forest loss influenced how much temperatures increased by, and how far warming spread from the deforested site into neighbouring, unchanged areas.

To find out, we used satellite images that measure the temperature of the land surface. As the illustration below shows, we measured this by averaging forest loss in rings of different widths and radius, and looking at the average temperature change of the forest inside the ring.

For example, if you consider a circle of forest that’s 4km wide, and there’s a completely deforested, 2km-wide ring around it, the inner circle would warm on average by 1.2℃.

These might not sound like big increases in temperature, but global studies show for each 1℃ increase in temperature, yields of major crops would decline by around 3-7 percent. Retaining forest within 1km of agricultural land in Southeast Asia could therefore avoid crop losses of 10-20 percent.

These estimates are conservative, because we only measured the effect of forest loss on average yearly temperatures. But another important factor is that higher average temperatures usually create higher temperature extremes, like those during heatwaves. And those really high temperatures in heatwaves are what put people and crops at most risk.

Of course, forests aren’t normally cut down in rings. This analysis was designed to exclude other causes of temperature change, putting the effect of non-local forest loss in focus.

Why is this happening?

Forests cool the land because trees draw water from the soil to their leaves, where it then evaporates. The energy needed to evaporate the water comes from sunshine and heat in the air, the same reason you feel colder when you get out of a pool with water on your skin.

A single tree in a tropical forest can cause local surface cooling equivalent to 70 kilowatt hours for every 100 litres of water used from the soil — as much cooling as two household air conditioners.

Forests are particularly good at cooling the land because their canopies have large surface area, which can evaporate a lot of water. When forests in tropical regions are cut down, this evaporative cooling stops, and the land surface warms up.

This is not news to the people of Borneo. In 2018, researchers surveyed people in 477 villages, and found they’re well aware nearby forest loss has caused them to live with hotter temperatures. When asked why forests were important to their health and the health of their families, the ability for trees to regulate temperature was the most frequent response.

In many parts of the world, including the tropics and Australia, expanding farmland is a major reason for cutting down forest. But given hotter temperatures also reduce the productivity of farms, conserving forests might prove a better strategy for food security and for the livelihoods of farmers.

If forests must be removed, there may be ways to avoid the worst possible temperature increases. For example, we found that keeping at least 10 percent of forest cover helped reduce the associated warming by an average of 0.2℃.

Similarly, temperatures did not increase as much when the area of forest loss was smaller. This means if deforestation occurs in smaller, discontinuous blocks rather than uniformly, then the temperature impacts will be less severe.

To help share these findings, we’ve built a web mapping tool that lets users explore the effects of different patterns and areas of forest loss on local temperatures in maritime South East Asia. It helps show why protecting forests in the tropics offers a climate change double whammy – lowering carbon dioxide emissions and local temperatures together.