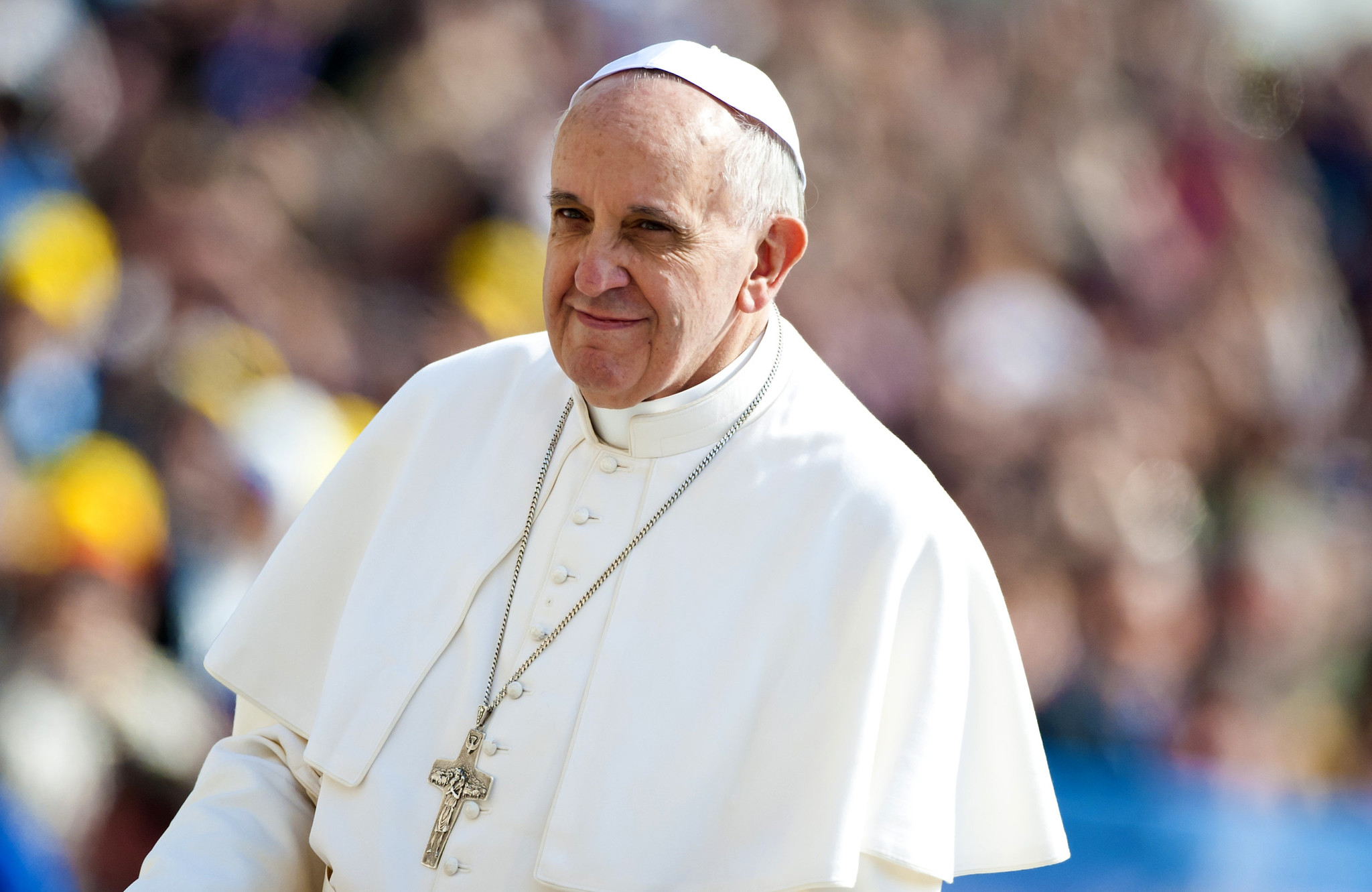 Addressing the U.N. climate summit with his pen rather than in person, Pope Francis called on world leaders assembled here to demonstrate “political will” and stop deferring the action required to avert the worst catastrophes of climate change.

“As the Glasgow Conference begins, all of us are aware that it has the vital task of demonstrating to the entire international community whether there really exists a political will to devote — with honesty, responsibility and courage — greater human, financial and technological resources to mitigating the negative effects of climate change and assisting the poorer and more vulnerable nations most affected by it,” Francis wrote in a message addressed to Alok Sharma, president of the U.N. climate conference known as COP26, which began Oct. 31.

“Sadly, we must acknowledge how far we remain from achieving the goals set for tackling climate change,” the pope said. “We need to be honest: this cannot continue!”

Cardinal Pietro Parolin, the Vatican secretary of state, read an excerpt from the message on the pope’s behalf on Nov. 2, the second day of a two-day summit of world leaders. Parolin was the final speaker at the summit, which featured addresses by more than 120 heads of state, giving Francis the last word before COP26 pivots to the negotiating phase that will dominate the conference that is scheduled to end Nov. 12. As if to drive the point home, Parolin handed Francis’ message directly to Sharma after he finished.

Faith groups are also making a strong showing in Glasgow, with activities that amplify the message that Francis and other religious leaders sent to COP26 on Oct. 4 and stressing that climate change is a matter of justice and ethics.

The pope likened the “wounds” caused by climate change and the coronavirus pandemic to those inflicted by World War II. As in the post-war period, he said, a similar international response of collegial efforts and farsighted actions is required now.

“We need both hope and courage,” he said. “Humanity possesses the wherewithal to effect this change, which calls for a genuine conversion, individual as well as communitarian, and a decisive will to set out on this path.”

It is increasingly clear, the pope added, that “there is no time to waste.”

The papal message has been a regular features of climate summits since Pope Benedict XVI’s papacy.

For months, it was reported that Francis intended to attend the summit in person, which would have been a first for a pope, and which some saw as a move to bring heightened urgency to an already critical conference. But the Vatican announced in early October that the Holy See delegation would be led by Vatican Secretary of State Cardinal Pietro Parolin, meaning Francis would remain in Rome.

In his message, the pope reiterated his intention to come to Glasgow, “but that was not possible. I accompany you, however, with my prayers as you take these important decisions.”

Francis said the challenge facing COP26 comes amid the COVID-19 pandemic “that for almost two years has devastated our human family,” with a global death toll surpassing 5 million.

But along with tragedy, he said, the pandemic has taught the important lesson that efforts to overcome both global health and climate crises require solidarity and cooperation among communities and countries.

“There is no alternative. We can achieve the goals set by the Paris Agreement only if we act in a coordinated and responsible way. Those goals are ambitious, and they can no longer be deferred. Today it is up to you to take the necessary decisions,” he said.

Before his speech at the leaders summit, Parolin told Vatican Radio that the first signs of a global transition to fossil-free development are emerging, “but the main question is how swift this process of transition will be and whether it can respect the timetable dictated by science.”

“Given the slow progress made so far, the Glasgow Conference will prove quite important, for it will measure and motivate the collective will and the level of ambition of individual states,” he said.

The cardinal added that the Holy See hopes COP26 will “reaffirm the centrality of multilateralism and of action,” not just in mitigating and adapting to climate change, but also in aiding the most vulnerable countries, which have already suffered climate-related losses and damage.

“We have the means and the resources to make this change of direction. What still appears lacking is a clear political will,” Parolin said. “Such a change of direction must involve everyone. No one can hold back or fail to make a conscientious commitment in the face of this great challenge.”

The pope in his message challenged diplomats at COP26 to construct a future where daily actions and economic decisions “genuinely protect” the conditions necessary for dignified human life and the health of the planet, now and into the future.

He called on rich nations to take the lead in mobilizing funds to finance responses to climate change, decarbonizing the global economy and helping the most vulnerable countries and peoples to mitigate and adapt to global warming “and to respond to the loss and damage it has caused.”

He also urged countries to address the “ecological debt” between nations, including establishing procedures to forgive foreign debt of countries that have contributed the least to climate change but have faced the greatest tolls.

Signs of progress have already emerged in the opening days at COP26, with reports that countries by next year could surpass the goal of $100 billion in annual financing to aid less-industrialized countries in their efforts to reduce emissions and better contend with the impacts of a warming. World leaders also reached agreements to cut emissions from methane, a potent greenhouse gas, by 30 percent and end deforestation, both by 2030.

“All too many of our brothers and sisters are suffering from this climate crisis,” Francis said, adding that it is not just an environmental crisis, but also a looming crisis of migration and children’s rights.

“The young, who in recent years have strongly urged us to act, will only inherit the planet we choose to leave to them, based on the concrete choices we make today,” he said. “Now is the moment for decisions that can provide them with reasons for hope and trust in the future.”

“Now is the time to act, urgently, courageously and responsibly,” Francis said. “Not least, to prepare a future in which our human family will be in a position to care for itself and for the natural environment.”

This story originally appeared in the National Catholic Reporter’s EarthBeat and is part of Covering Climate Now, a global journalism collaboration strengthening coverage of the climate story.