advertisement
Home Environment Why It’s Time to Make Ecocide a Crime: For the Sake of... 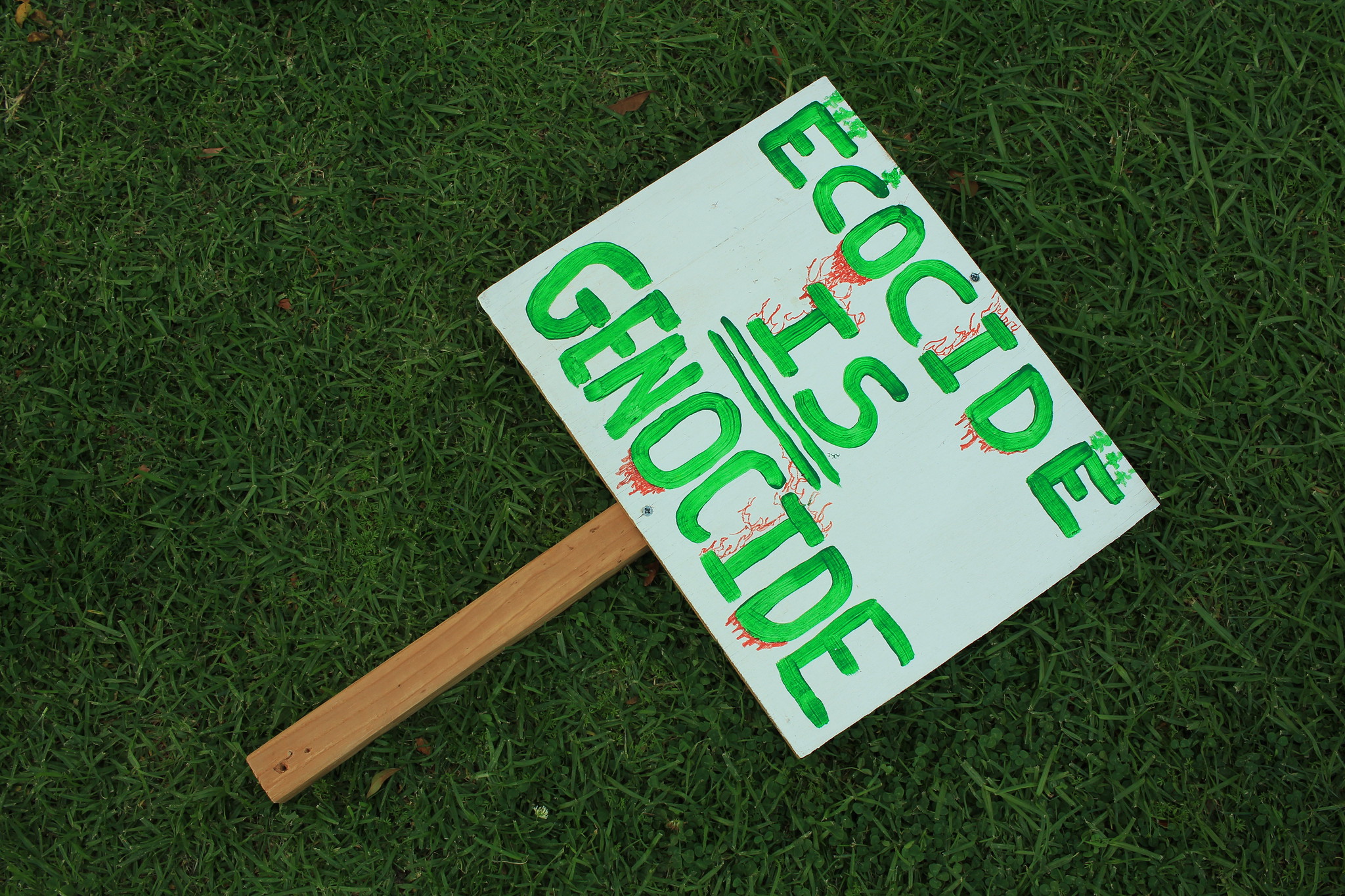 In November, the world’s first global citizens’ assembly – made up of 100 people chosen by lottery from around the world – declared its recommended responses to the climate crisis at the UN climate conference COP26. Among these recommendations was that causing severe environmental destruction, or “ecocide”, should become a crime.

The assembly drew from a proposal by the Stop Ecocide foundation, which defines ecocide as “unlawful or wanton acts committed with the knowledge that there is a substantial likelihood of severe and either widespread or long-term damage to the environment being caused by those acts”.

Campaigners hope that this definition will be adopted by the International Criminal Court (ICC). If it were, ecocide would join genocide, crimes against humanity and war crimes on the list of the world’s most serious crimes.

Calls to criminalise ecocide date back to the 1970s, following America’s devastating use of the chemical Agent Orange in the Vietnam War. The enormous harm it caused to both the environment (destroying forests and decimating biodiversity) and humans (harming or killing thousands of people) sparked proposals for an international law against ecocide.

While initially unsuccessful, recent years have seen an unprecedented surge in support for the criminalisation of ecocide, including from the Republic of Vanuatu, the Republic of Maldives, Belgium, France and the EU.

Campaigners claim that this will put an end to corporate immunity by holding individuals in positions of corporate power to account for their destructive decisions. But less attention has been given to another benefit: the ICC’s power to award reparations to victims.

Reparations are forms of compensation made to victims of crimes. The ICC has established that reparations can be awarded for physical or psychological harm committed against a natural person (meaning a human being) or a legal person (meaning some organisations).

Currently, these reparations cannot be awarded to non-human beings like animals, or to the natural world itself. This means that currently, any reparations awarded for ecocide would have to be to humans and human organisations. Nevertheless, the ability to award reparations could provide victims of ecocide with the opportunity to restore, or memorialise, what they’ve lost – as well as potentially helping to prevent future environmental destruction.

For example, the ICC could award funds for an environmental restoration project benefiting victims of ecocide. This might include a reforestation or biodiversity project for a community that had previously relied on a damaged ecosystem for sustenance.

While the ICC hasn’t done this before, previous examples can be found elsewhere. The Inter-American Court of Human Rights has awarded reforestation programmes to the Kichwa Indigenous community in Ecuador, while the New South Wales Land and Environment court in Australia has ordered people convicted of destroying endangered animals’ habitats to arrange and fund restoration projects.

What’s more, the law could allow victims to be financially compensated for things like the pollution of rivers used for fishing or the destruction of spiritually significant land. Other courts have awarded compensation for similar harms: such as to the Saramaka Indigenous community in Suriname for the loss of spiritual connections to their territory, marred by logging.

Reparations could even be used to provide access to clean water, food and environmentally sustainable income for locals. The ICC – through its associated body, the Trust Fund for Victims – has previously supported beekeeping training and tree planting in Northern Uganda, to help victims of the conflict between the Lord’s Resistance Army and national authorities earn money.

The ICC could also explore symbolic reparations. This could involve the convicted person publicly apologising and acknowledging the suffering they’ve caused. This might not seem as valuable as providing money or restorative projects to victims. However, it could help acknowledge the reality of what has been lost and establish ecocide as a serious crime on the world stage.

Taking inspiration from environmental peacebuilding efforts around the world, symbolic reparations could include creating restorative memorial parks, or “peace parks”. These could be used by suffering communities as memorials, while supporting local conservation work.

Going further, the ICC might consider awarding even more “transformative reparations” that challenge social inequality. These could be designed to allow marginalised communities more say in managing natural resources.

A type of transformative reparation is a “guarantee of non-repetition”, designed to stop similar crimes from happening again. In an example from Mali, the ICC requested that its Trust Fund for Victims collaborate with the Mali government to prevent future attacks against Timbuktu’s protected cultural heritage.

In the context of ecocide, guarantees of non-repetition might involve training local people in environmental protection, or strengthening weak environmental regulations. However, these broader goals would require government or corporate support to achieve and would need to be explicitly linked to the crimes of the convicted person.

This highlights a key limitation of the ICC: that it is constrained in what it can do alone. Meaningful environmental restoration in the aftermath of ecocide requires a whole host of participants, including national governments and corporations, who may not be willing to cooperate. And since the ICC doesn’t hold jurisdiction over corporations, it can’t demand broader changes in corporate practices that may be causing environmental harm.

But getting the ICC involved in the fight for ecological justice still allows us to treat ecocide as the life-altering, extraordinarily destructive crime it is. When faced with a climate crisis and an age of mass extinction, we must use all the tools in our arsenal – including law – to protect and repair the natural world.