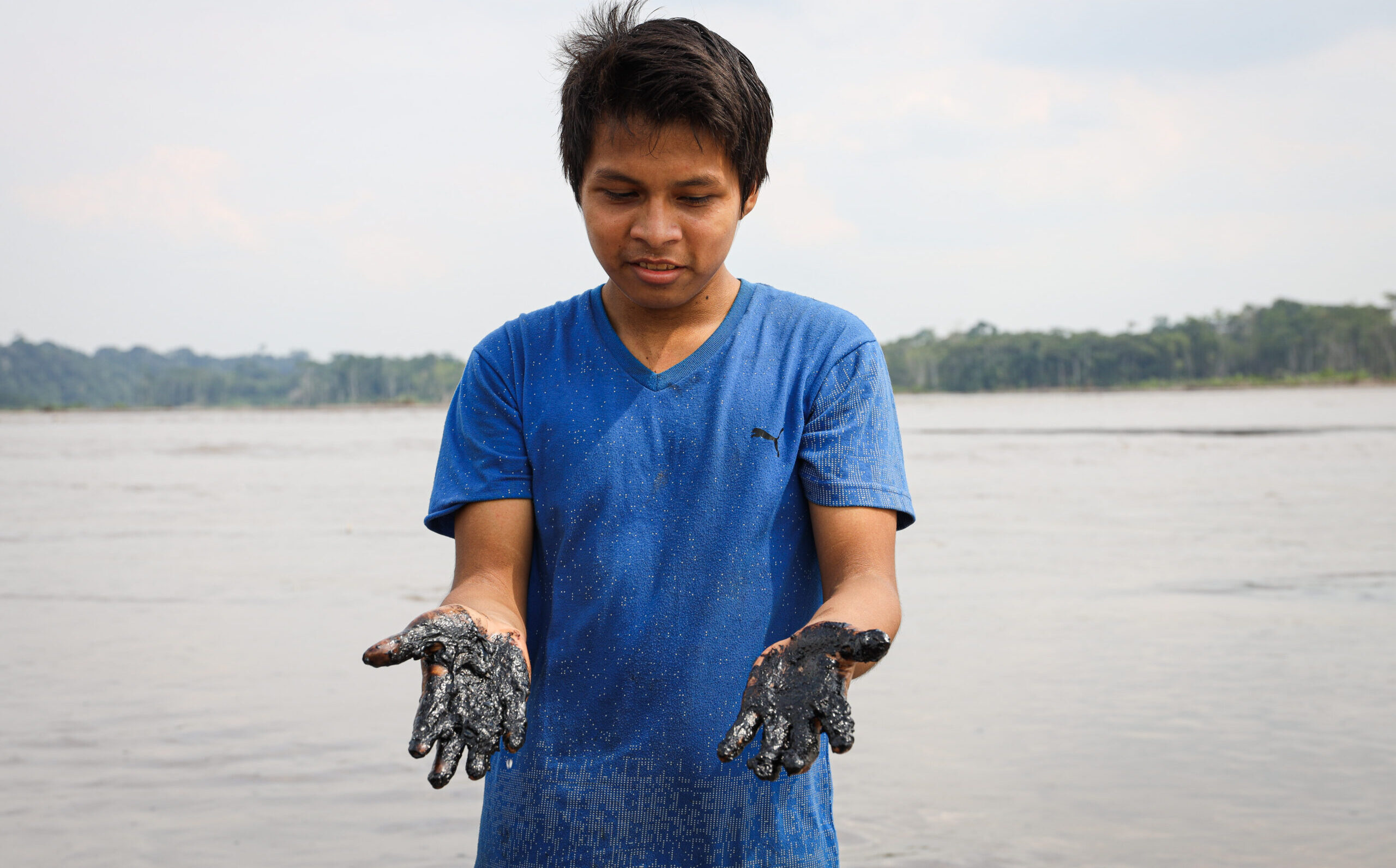 Ecuador’s highest court has recognized the right of Indigenous communities to have the final say when it comes to extractive projects that affect their lands.

The Constitutional Court of Ecuador published a ruling that declared that Indigenous communities have more autonomy over their territories and have the power to make the final decision concerning oil, mining, and other extractive projects that may affect their lands.

“This is a very important ruling for our community and others that face similar problems. After a long road of struggle and resistance, we were anxiously awaiting the favorable outcome from the Court,” said Wider Waramag, a leader with the A’i Kofán community of Sinangoe. “This decision is an enormous victory for Sinangoe and to now have a legal instrument that guarantees the rights to our communities, where there needs to be a historical precedent of free, prior and informed consent within the national territory, demonstrates the power of unity. We demand, as ancestral people, in our territories that our constitutional rights be respected, guaranteed, and fulfilled.”

The Court’s ruling stems from a 2018 lawsuit where the A’i Kofán Indigenous community of Sinangoe took the Ecuadorian government to task on mining concessions. In 2018, the Sinangoe Guardian Indigena, an Indigenous guard comprising 20 people chosen by the community, discovered heavy gold-mining machinery on their lands along the Aguarico River.

The Ecuadorian government had already granted 20 mining concessions along the river and was on the brink of approving an additional 32 concessions without consulting with or receiving consent from the A’i Kofán. In response, the A’i Kofán successfully took legal action against the government, and the concessions were annulled. The case was one of two selected for review by the Constitutional Court.

In November 2021, the nation’s Constitutional Court traveled into the heart of the Amazon and held a hearing, marking the first time the highest court agreed to travel to Indigenous territory for a court hearing. The hearing was part of the Court’s process to review the nation’s Free, Prior, and Informed Consultation process (FPIC).

Recognized in the UN Declaration on the Rights of Indigenous Peoples (UNDRIP), the Food and Agriculture Organization of the UN defines FPIC as a right specific to Indigenous peoples that allows them to give or withhold consent to any project that may affect them, their lands, or their territories. If consent is given, it can be withdrawn at any point.

The Court’s ruling is a boon for Indigenous peoples in the country, showing that Ecuador’s highest court supports the right of all Indigenous communities to be the final decision-makers when it comes to extractive projects on their lands and territories.

“Indigenous peoples in Ecuador, and in much of the world, are being forced to endure various forms of dispossession and violence on their territories. This ruling is the result of a sustained process of enforceability of rights. It is the recognition of the constitutional right of ancestral Peoples to decide what happens on their territories and to their lives, and the obligation of the State to recognize and guarantee that right over economic and corporate interests,” said Jorge Acero, a lawyer for Sinangoe from Amazon Frontlines.

“This decision is an essential tool to ensure that consent is respected in Ecuador and throughout the region. By acknowledging the life, history, and future of Indigenous Peoples, this also recognizes the long-term value of maintaining natural environments for humans around the world,” continued Acero.

According to the ruling, Indigenous communities across Ecuador may refuse a project in their territories, but the government may still be able to advance the proposed project in “exceptional cases.” However, the government will be required to show strict justification and may not advance a project if it could hurt people and wildlife in protected territories or require “unreasonable sacrifices” from Indigenous peoples.

“The Supreme Court, in this ruling, has cemented our rights to free, prior and informed consent, which has as a central tenet the necessity of consent of Indigenous peoples based on their self-determination over their territories and, in turn, their lives, cultures, and survival. This ruling is a tool for historical reparations, for the conservation and protection of culture and life,” said Leonidas Iza, President of Confederation of Indigenous Nationalities of Ecuador.