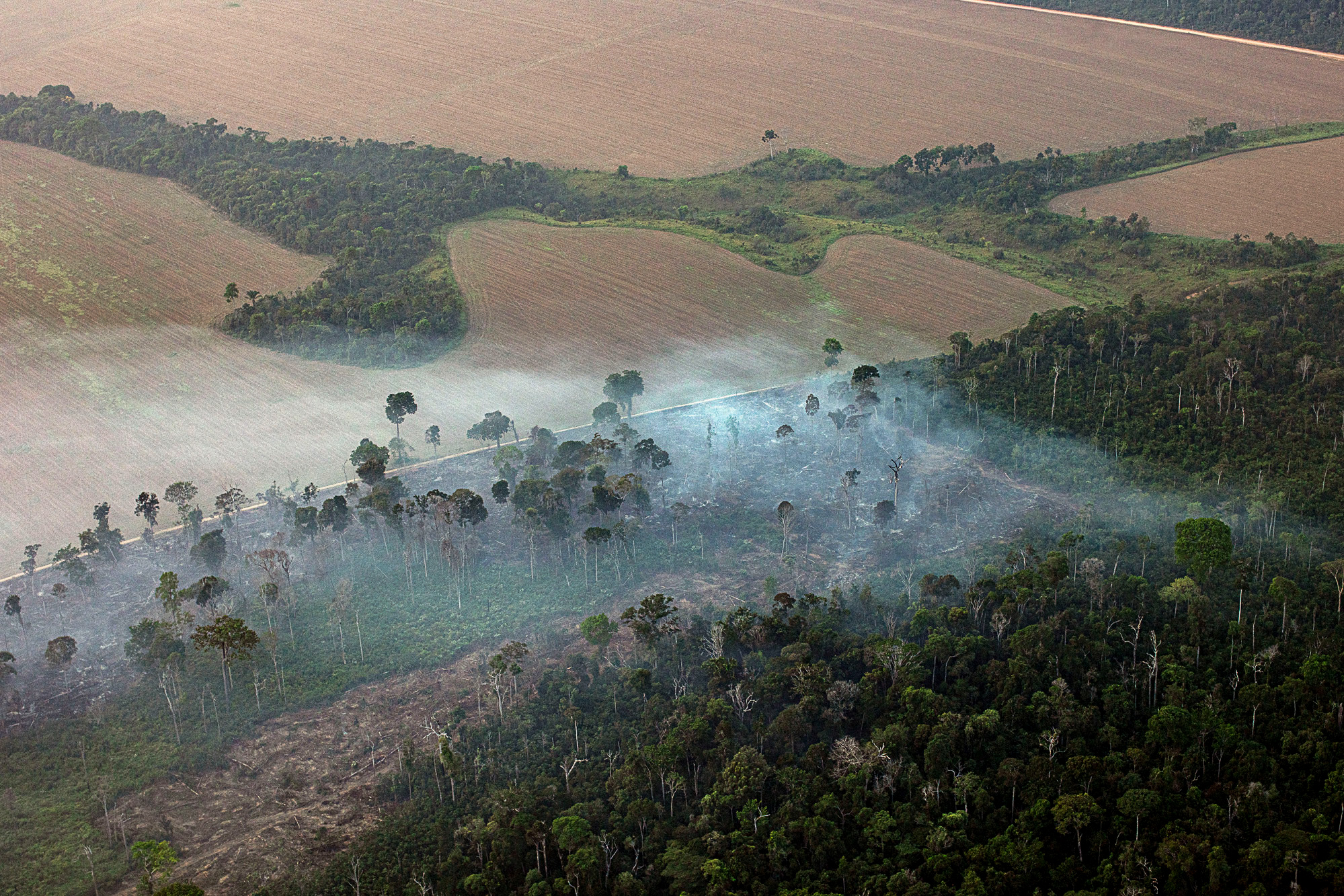 Imagine that several state legislators decide that Yellowstone National Park is too big. Also imagine that, working with federal politicians, they change the law to downsize the park by a million acres, which they sell in a private auction.

Outrageous? Yes. Unheard of? No. It happens routinely and with increasing frequency in the Brazilian Amazon.

The most widely publicized threat to the Amazonian rainforest is deforestation. Less well understood is that public lands are being converted to private holdings in a land grab we’ve been studying for the past decade.

Much of this land is cleared for cattle ranches and soybean farms, threatening biodiversity and the Earth’s climate. Prior research has quantified how much public land has been grabbed, but only for one type of public land called “undesignated public forests.”

Our research provides a complete account across all classes of public land. We looked at Amazonia’s most active deforestation frontier, southern Amazonas State, starting in 2012 as rates of deforestation began to increase because of loosened regulatory oversight. Our research shows how land grabs are tied to accelerating deforestation spearheaded by wealthy interests, and how Brazil’s National Congress, by changing laws, is legitimizing these land grabs.

How the Amazon land grab began

Brazil’s modern land grab started in the 1970s, when the military government began offering free land to encourage mining industries and farmers to move in, arguing that national security depended on developing the region. It took lands that had been under state jurisdictions since colonial times and allocated them to rural settlement, granting 150- to 250-acre holdings to poor farmers.

Federal and state governments ultimately designated over 65 percent of Amazonia to several public interests, including rural settlement. For biodiversity, they created conservation units, some allowing traditional resource use and subsistence agriculture. Leftover government lands are generally referred to as “vacant or undesignated public lands.”

Studies have estimated that by 2020, 32 percent of “undesignated public forests” had been grabbed for private use. But this is only part of the story, because land grabbing is now affecting many types of public land.

We compared the boundaries of self-declared private holdings in the government’s Rural Environmental Registry database, known as CAR, with the boundaries of all public lands in southern Amazonas State. The region has 50,309 square miles in conservation units. Of these, we found that 10,425 square miles, 21 percent, have been “grabbed,” or declared in the CAR register as private between 2014 and 2020.

In the United States, this would be like having 21 percent of the national parks disappear into private property.

Our measurement is probably an underestimate, given that not all grabbed lands are registered. Some land grabbers now use CAR to establish claims that could become legal with changes in the law.

Land grabs put the rainforest at risk by increasing deforestation. In southern Amazonas, our research reveals that twice as much deforestation occurred on illegal as opposed to legal CAR holdings between 2008 and 2021, a relative magnitude that is growing.

So who are these land grabbers?

In Pará State, Amazonas State’s neighbor, deforestation in the 1990s was dominated by poor family farms in rural settlements. On average, these households accumulated 120 acres of farmland after several decades by opening 4-6 acres of forest every few years in clearings visible on satellite images as deforestation patches.

Since then, patch sizes have grown dramatically in the region, with most deforestation occurring on illicit holdings whose patches are much larger than on legal holdings.

Large deforestation patches indicate the presence of wealthy grabbers, given the cost of clearing land.

Land grabbers benefit by selling the on-site timber and by subdividing what they’ve grabbed for sale in small parcels. Arrest records and research by groups such as Transparency International Brasil show that many of them are involved in criminal enterprises that use the land for money laundering, tax evasion and illegal mining and logging.

In the 10-year period before President Jair Bolsonaro took office, satellite data showed two deforestation patches exceeding 3,707 acres in Southern Amazonas. Since his election in 2019, we can identify nine massive clearings with an average size of 5,105 acres. The clearance and preparation cost for each Bolsonaro-era deforestation patch, legal or illicit, would be about US$353,000.

Brazil’s National Congress has been making it easier to grab public land.

A 2017 change in the law expanded the legally allowed size of private holdings in undesignated public lands and in rural settlements. This has reclassified over 1,000 square miles of land that had been considered illegal in 2014 as legal in southern Amazonas. Of all illegal CAR claims in undesignated public lands and rural settlements in 2014, we found that 94 percent became legal in 2017.

Our research also shows that the federal government increased the amount of public land up for grabs in southern Amazonas by shrinking rural settlements by 16 percent, just over 2,000 square miles, between 2015 and 2020. Large ranches are now absorbing that land. Similar downsizing of public land has affected Amazonia’s national parks.

What can turn this around?

Because of policy interventions and the greening of agricultural supply chains, deforestation in the Brazilian Amazon fell after 2005, reaching a low point in 2012, when it began trending up again because of weakening environmental governance and reduced surveillance.

Other countries have helped Brazil with billions of dollars to protect the Amazon for the good of the climate, but in the end, the land belongs to Brazil. Outsiders have limited power to influence its use.

At the U.N. climate summit in 2021, 141 countries – including Brazil – signed a pledge to end deforestation by 2030. This pledge holds potential because, unlike past ones, the private sector has committed $7.2 billion to reduce agriculture’s impact on the forest. In our view, the global community can help by insisting that supply chains for Amazonian beef and soybean products originate on lands deforested long ago and whose legality is longstanding.