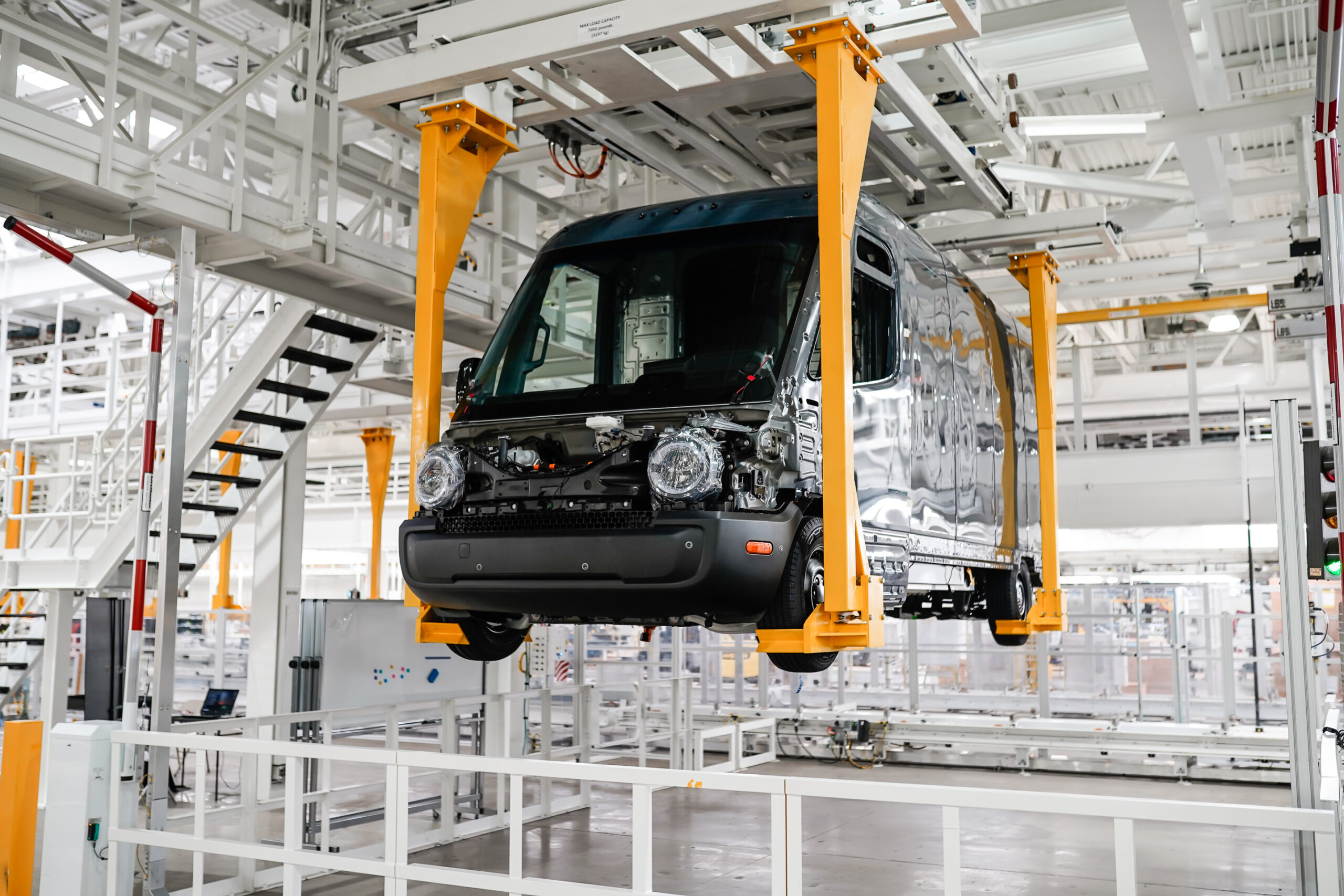 Normal, Illinois, aspired to be part of the electric vehicle revolution long before Rivian came to town.

In 2011, Normal dubbed itself “EVTown” in a marketing effort to make the city an early destination for Mitsubishi’s all-electric i-MiEV subcompact. Located 130 miles southwest of Chicago, Normal was home to the automaker’s only North American plant. And while the company never built the i-MiEV in the U.S., it agreed to reserve 1,000 cars for customers in the city.

However, despite boasting 3,000 jobs at one point, the Mitsubishi plant closed its doors for good just four years later. And the diminutive, egg-shaped i-MiEV was a flop, selling just over 2,100 units in the U.S. before being discontinued in 2017.

The plant was slated for demolition after being sold to a liquidator. But those plans were scrapped when electric truck and van maker Rivian opted not only to purchase the entire 2.6-million-square-foot plant, but also to add another 1 million square feet to its footprint.

The plant presently employs 5,200 workers, according to Normal Mayor Chris Koos, and the company expects to produce 25,000 vehicles at the facility this year.

“When they first started, [Rivian said] their maximum hire would be about 1,100 people. And they didn’t feel that they were ever going to need that kind of square footage. And so, their initial plan was that they would treat it like an industrial park and they’d use the largest part of it. … But as they got into it, and then Amazon got involved and they raised all this money, they realized that they could do a lot more,” Koos said.

Along with the availability of an intact manufacturing plant, Rivian and its founder, RJ Scaringe, were attracted to the overall culture of the town, according to City Manager Pamela Reece.

“I think what Rivian demonstrates in terms of their culture, their purpose really fits in with the town of Normal’s culture and vision,” she said, noting the city’s comprehensive plan that includes goals for health, sustainability and community wellness.

“The things that we are trying to achieve and shoot for over the next 20 years, I think are closely mirrored by Rivian’s purpose and the things that they’re trying to do. They’re just doing it on a much more global scale in terms of creating transportation systems that can support some of what we try to do here locally in terms of sustainable initiatives. So, I think there’s a real synergy there,” Reece said.

Rivian has integrated itself into the fabric of the town as a corporate citizen, which was demonstrated during the height of the pandemic. The company opted to forego a $1 million grant to which it was entitled, allowing the funds to be directed toward items in the town’s budget that were scheduled to be axed due to the impact of COVID-19, Reece said.

“There was one additional significant incentive that we put into the agreement [with Rivian]. Basically, we said that upon reaching an investment milestone of $20 million in plant improvements, the town of Normal would grant them $1 million. Rivian met that threshold during the pandemic. So, the first year of the pandemic in 2020, we adopted a budget that showed a $1 million payment to Rivian because they were eligible. They’d invested well more than $20 million in the plant. So, it was on us.

“I believe it was in June of 2020 Rivian wrote us a letter and said, ‘We would like to decline the grant.’ And so, the town of Normal was able to retain that million dollars in our budget during our COVID year,” Reece said.

Rivian is also working in collaboration with Heartland Community College, located in Normal, in administering its Electric Vehicle Technology Associate in Applied Science degree program. The program, which was launched in 2021 and presently has approximately 30 students enrolled, has recently completed the approval process for all of its degree and certificate programs, according to college president Keith Cornille. Rivian uses the school’s facilities for training while lending out its equipment. A Rivian employee also acts as an instructor working alongside faculty members in the program, Cornille said.

“I think that [Illinois State University is] also seeing the opportunity on the horizon, not only with Rivian, but with the growth in that kind of sector to be able to provide future engineers to support that,” Reece said.

Worldwide attention on Rivian has resulted in inquiries from potential investors in various industry sectors for possible relocation to Normal, Reece said.

“Because we’ve been in the spotlight at such a national and international level, it’s really drawn attention to our community — not just Normal, but Bloomington and McLean County as well. And I think we’re trying to demonstrate that if Rivian can choose central Illinois and be successful, then it might be the right spot for other businesses as well,” Reece said.

While much high-tech and electric vehicle development is taking place on the West Coast and in the South, Illinois has quietly begun to establish itself as an electric transportation hub, even beyond Normal. Along with the Rivian plant, Lion Electric has built a manufacturing plant for its electric buses in Joliet, which is located about 30 miles outside of Chicago. Argonne National Laboratory, located in suburban Lemont, Illinois, is actively conducting research in batteries and fuel cells.

One possible factor working in Illinois’ favor is the atmosphere of receptiveness in the state, in contrast with resistance and other hurdles that Rivian and other companies have sometimes faced in different locations.

“They’re [Rivian] trying to build a plant in Georgia. And [the company received] a huge incentive from the Georgia state government. But in the area where they want to build the plant, the residents don’t want it. There’s a group that doesn’t want it. And they’re very vocal,” Koos said.

“Illinois struggles in terms of the incentive packages that [the state] can offer compared to the Georgias and the Texases, the Californias and Arizonas. But we tell people, yeah, we don’t have as much incentive, but we can get the project done.”

This story originally appeared in Energy News Network and is part of Covering Climate Now, a global journalism collaboration strengthening coverage of the climate story.