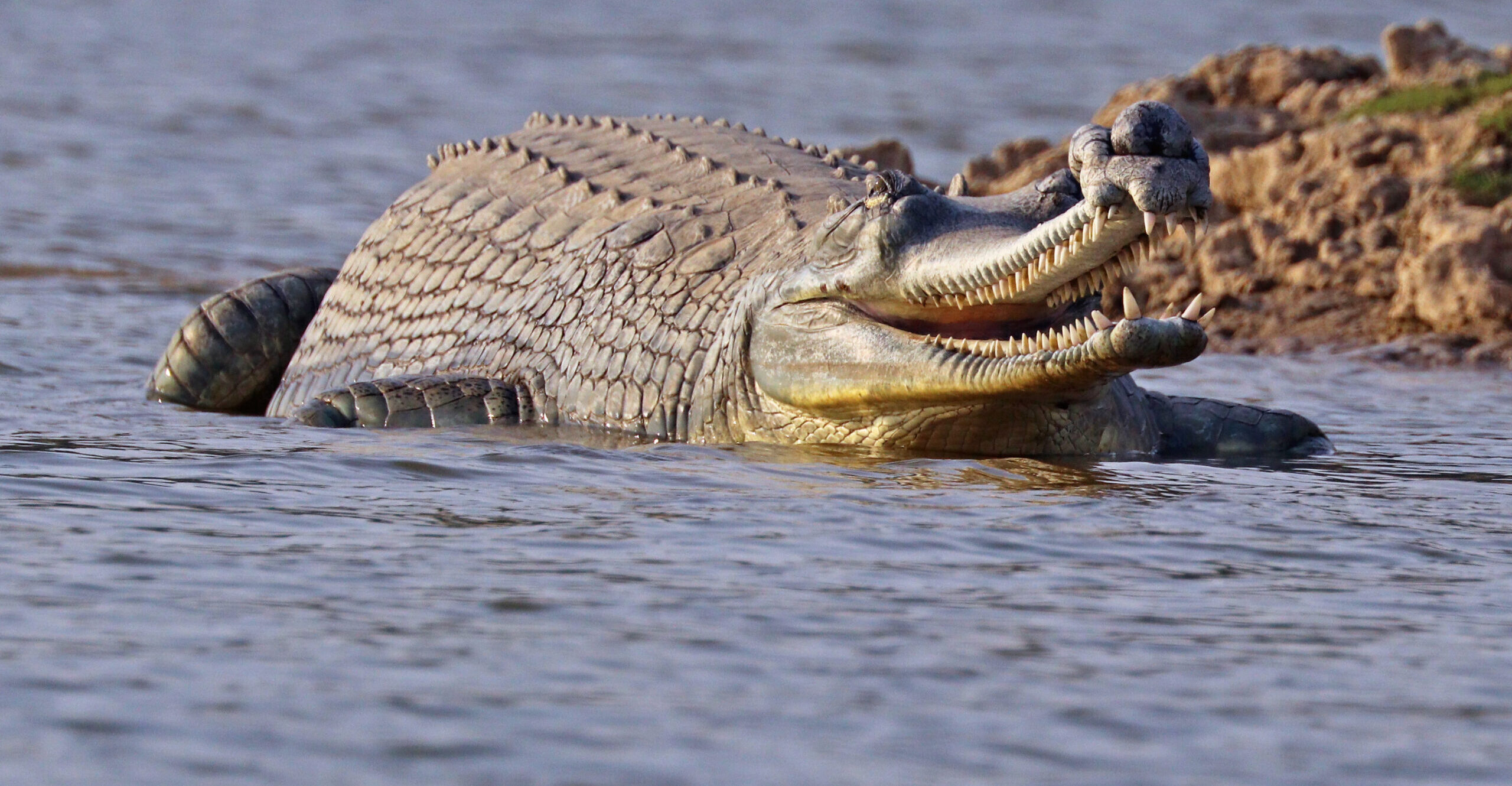 Pakistan is aiming for the return of an apex predator not seen in the country in nearly four decades: the gharial crocodile (Gavialis gangeticus).

According to the WWF program in Pakistan, the government there has asked Nepal, which has a long-running program raising the critically endangered reptiles in captivity, to provide hundreds of juvenile gharials for a planned reintroduction program.

Gharials, a fish-eating species with a distinctive slender snout, were once found in the Indus River in Pakistan and the Brahmaputra that runs through China, India and Bangladesh. Today, the species is virtually extinct from countries other than Nepal and India, where it occurs in the Ganges River and its tributaries.

“The last time gharials were recorded in Pakistan was around 1985 in the Nara Canal,” a channel of the Indus, said Rab Nawaz, senior director of biodiversity at WWF-Pakistan. “Some reports were received from the same area after 2000, but despite surveys by WWF and the local wildlife department, there was no success in locating the species.”

While local support for gharial reintroduction is said to be high, Pakistan’s request to Nepal faces multiple obstacles, including funding shortages and concerns from Nepal that Pakistan may not have done enough to change the conditions that led to the gharial’s local extinction there.

Return of an apex predator

Pakistan’s government wants to reintroduce gharials in the Nara Canal wetland system to improve its biodiversity. “Apex predators such as gharials ensure ecological balance,” Nawaz stated. “They can also become a basis for wildlife tourism that could provide a source of income for local communities.”

Enthusiasm for the reintroduction of gharials is growing in Pakistan following the growth of a healthy population of mugger crocodiles (Crocodylus palustris) in the Nara Canal, Nawaz said. The region also has a relatively low human population and a good network of protected areas such as the Deh Akro I and II wetland complexes consisting of 36 lakes with desert, wetland, marsh and agricultural landscapes.

Although an expert assessment would be necessary to ascertain the exact number of gharials for the reintroduction program, the figure would be in the hundreds, Nawaz said. It’s necessary to address the issues that led to the extinction of gharials in Pakistan before they can be reintroduced, he said.

“It’s been a long time since we started a conversation with Nepal,” Nawaz said. “The initial response [from Nepal] was positive, but the project couldn’t start due to lack of funding.”

An official at Nepal’s Department of National Parks and Wildlife Conservation confirmed to Mongabay that there had been an email between officials from Nepal and Pakistan two months ago on the issue.

According to recent counts, fewer than 200 breeding adults survive in the wild in Nepal, where the species is threatened by fishing activity, changes in river flow, and poaching.

The governments of Nepal and India both maintain captive-breeding programs to maximize the number of gharial eggs that survive and to introduce healthy hatchlings into river systems.

Ram Chandra Kandel, director-general at Nepal’s Department of National Parks and Wildlife Conservation, confirmed to Mongabay that he had received an email from Pakistan on the issue.

However, a decision on the matter hasn’t been taken yet, he said. He added it would be difficult for the proposal to move ahead as gharials are virtually extinct in Pakistan. “We would have liked to get some gharials from the Indus and send some of our gharials there to ensure genetic diversity in both the populations. As that is not the case, it would be difficult for us to send our gharials to Pakistan,” he said.