advertisement
Home Wildlife Wolves and Brown Bear Numbers Are Up in Europe, a New Report... 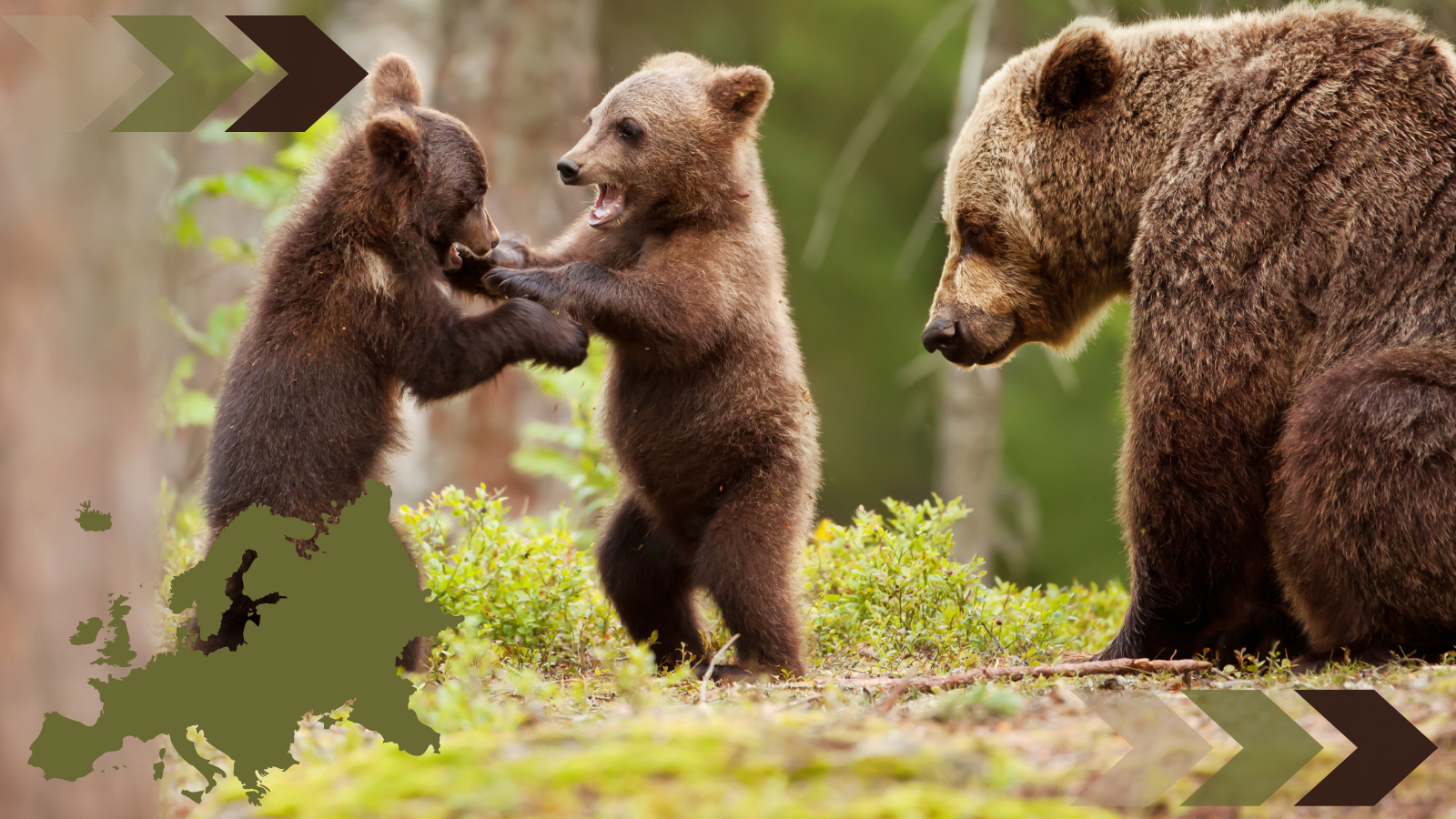 Predators such as wolves and brown bears were once a common sight in Europe and could be found roaming in every country on the continent.

Their numbers began dwindling as the human population grew exponentially, and they were hunted and killed nearly to extinction. But now, thanks to conservation efforts, they are returning.

Grey wolf numbers have increased by 1,800 percent since a low in the 1960s and there are now 17,000 roaming almost all countries of continental Europe, according to the Wildlife Comeback Report 2022, commissioned by Rewilding Europe.

The organization works to “create the conditions for wildlife to return of its own accord or by reintroducing animals into habitats where they are missing and cannot bounce back on their own”.

Brown bear numbers have also increased by 44 percent since 1960, according to the same report, and Rewilding Europe says legal protection, habitat restoration and species reintroductions are resulting in the recovery.

While the signs are positive that certain wildlife species are making a comeback, some people are wary about the return of predators. In Switzerland, for example, the last wolf had been killed at the end of the 19th century. But a few years ago they returned and some farmers have been calling for culling rules to be relaxed to protect their livestock.

“Coexistence with species like carnivores is still a challenge, but attitudes are changing – we’re still learning about ways to live alongside these species,” says Louise McRae, an author of the Wildlife Comeback Report 2022 from the Zoological Society of London (ZSL).

Despite concerns, coexistence is especially important, as reintroducing wildlife can deliver huge benefits to nature and people, according to Rewilding Europe.

Wildlife can help lock up more atmospheric carbon and increase soil fertility – a process known as animating the carbon cycle (ACC). Free-roaming herbivores at their natural population density can have a positive impact on climate change by increasing the amount of carbon drawn down and stored in plants, the report says.

Research also shows that the loss of important predators can lead to uncontrolled growth of herbivore populations, leading to excessive grazing pressure, reducing the ability of ecosystems to absorb carbon.

“Restoring, rewilding, and conserving the functional role of vertebrate and invertebrate species can be a climate game-changer by magnifying carbon uptake by 1.5 to 12.5 times (in some cases more) across the world’s ecosystems,” says Professor Oswald Schmitz of the Yale School for the Environment, who developed the ACC concept.

A recent study by the Intergovernmental Science-Policy Platform on Biodiversity and Ecosystem Services found that 25 percent of mammals, more than 40 percent of amphibian species, nearly 33 percent of sharks and 25 percent of plant groups are threatened with extinction due to human activity.

“Much of the vital work monitoring global biodiversity trends and evaluating species’ extinction risks often highlights the negative impacts of pressures such as habitat loss and climate change on species. However, this report gives cause for optimism and shows that given a chance, and with well-placed conservation efforts, wildlife can recover,” says Sophie Ledger, of ZSL and lead author for the Wildlife Comeback Report 2022.