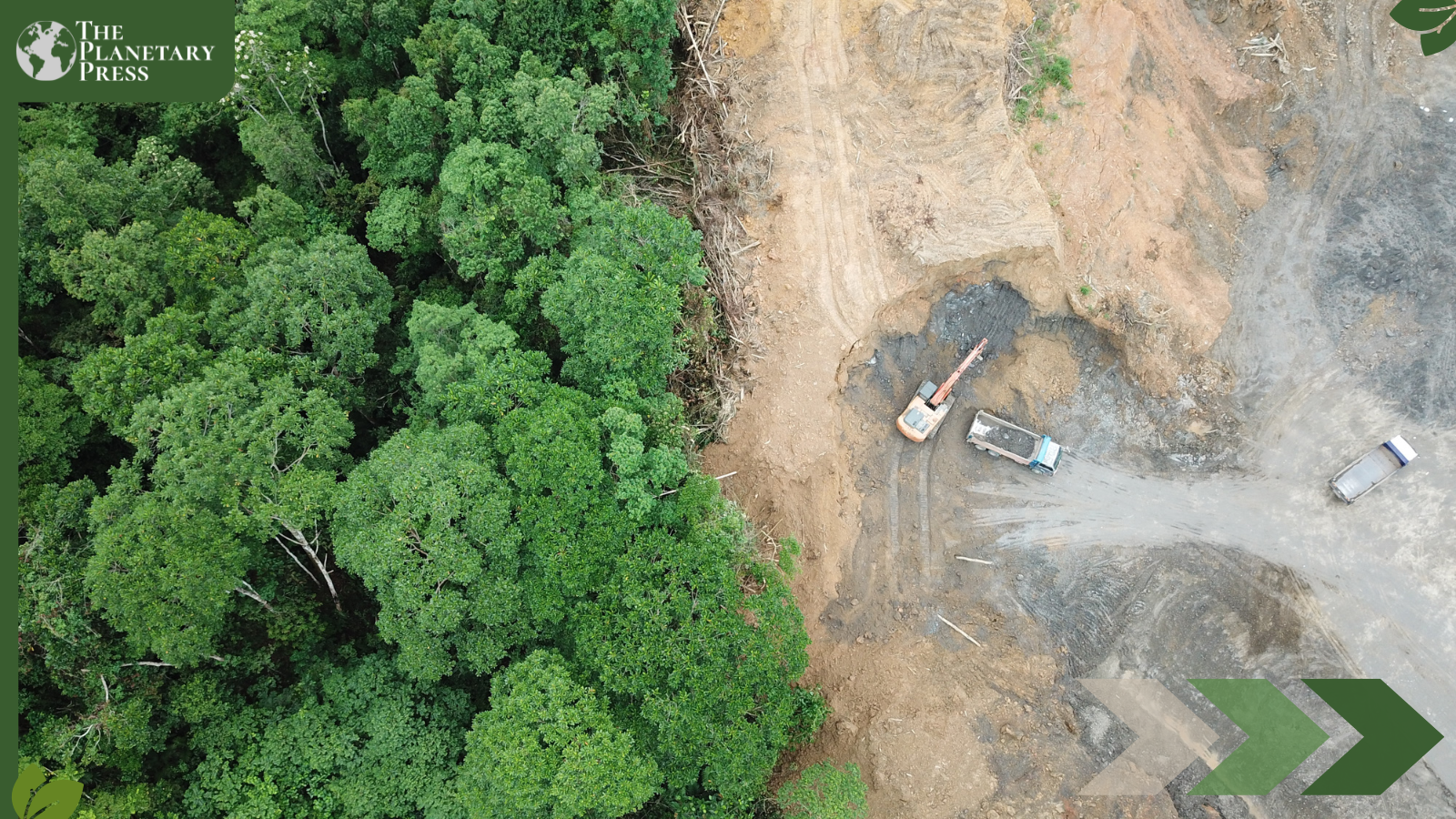 The law applies to a wide range of commodities, including palm oil, soy, beef, cocoa, cattle, timber, and rubber, as well as products derived from these commodities such as beef, furniture, or chocolate, says the European Commission.

Common household goods like coffee and chocolate must pass strict checks to prove the products did not contribute to deforestation if companies want to sell them in the EU. Products must be proven to be deforestation-free from the end of 2020 and compliant with all applicable laws in the country of production.

“The EU is a large consumer and trader of commodities that play a substantial part in deforestation – like beef, cocoa, soy, and timber. The new rules aim to ensure that when consumers buy these products, they don’t contribute to further degrading forest ecosystems,” said Marian Jurečka, Czech Minister of Environment.

Companies will be required to trace their commodities through the supply chain to prove that the forest was not recently cleared, or they will face hefty fines of up to four percent of their annual EU turnover.

Companies will also need to collect and provide geographical information on the farmlands where the sourced commodities were grown so the commodities can be checked for compliance.

The European Union is the world’s second-largest importer of tropical deforestation after China. WWF reports that the EU was responsible for 16 percent of deforestation associated with international trade in 2017, totaling 203,000 hectares.

Landmark law is a “game changer”

Palm oil, cattle, soy, coffee, cocoa, and rubber are among the agricultural commodities most damaging to the natural environment and have been identified as major drivers of forest loss and land degradation. Cattle, soy, and palm oil accounted for roughly 64 million hectares of deforestation from 2001 to 2015, reports the World Resources Institute.

Rising consumption of these commodities and their derivatives in the Global North has resulted in substantial forest loss and environmental degradation in the Global South.

The European Union mandating that select commodity imports be deforestation-free sends a strong signal to other countries as well as industry that it is time to shift away from production practices that harm nature.

“We believe this legislation will be a ‘game changer’ in global efforts to combat deforestation. If successfully implemented, the benefits of this law could extend beyond what is indicated in the final text — not only making EU consumption deforestation-free, but also driving meaningful progress towards reducing deforestation overall in tropical countries and setting historic precedents for other major economies to follow,” said Noor Yafai, Europe Director Global Policy and Institutional Partnerships at The Nature Conservancy.

While the law will prove beneficial in combating deforestation, it provides “flimsy” protection for Indigenous people, says Greenpeace EU. The environmental juggernaut warned that there is still work to address loopholes in the law and increase the scope to other ecosystems.

The European Parliament proposed to extend the scope of the law to include other wooded lands, but negotiators did not support the proposal. The exclusion of savannahs and peatlands is of particular concern as the production of the commodities listed within the law is associated with the degradation of these critical ecosystems.

“It is a shame that other wooded land is not included from the start, as it would have made a huge difference for regions that are under constant threat, such as the Brazilian Cerrado – which might now face even more destruction as a result. The European Commission must now urgently start working on the impact assessment to have it ready in a year at the latest,” stated Anke Schulmeister-Oldenhove, Senior Forest Policy Officer at WWF’s European Policy Office.

The inclusion of other wooded lands in addition to forests will be reconsidered in a review within a year, while protection of other ecosystems, such as savannahs and wetlands, will be considered within two years.

Negotiators fell to pressure from the forestry sector and, to the shock of many environmental campaigners, the Canadian government when it came time to define “forest degradation.” Canadian Ambassador to the EU, Ailish Campbell, voiced concern in November that some of the rules would add “burdensome” requirements that would hurt trade between Canada and the European Union.

As it stands, the secured definition of “forest degradation” has left a loophole permitting unsustainable logging of natural forests.

Despite a push from the European Parliament, negotiators failed to include respect for international human rights law. Instead, the deal struck by negotiators only requires the right to free, prior, and informed consent (FPIC) for Indigenous peoples if the country of production guarantees that right.

Recognized in the UN Declaration on the Rights of Indigenous Peoples (UNDRIP), FPIC is a right specific to Indigenous peoples that allows them to give or withhold consent to any project that may affect them, their lands, or their territories. If consent is given, it can be withdrawn at any point.

More than 100 countries have adopted UNDRIP and, under international law, are obligated to obtain the free, prior, and informed consent of Indigenous peoples in areas pertaining to relocation, culture, legislation, land use, and the environment. However, many Indigenous leaders have voiced concerns that FPIC is not adequately enforced or applied and needs stronger support for application.

While FPIC is an international human right that has been included in a myriad of binding and non-binding treaties, it is not always embraced at the national level. Few countries have incorporated FPIC into their national laws. Currently, the EU deforestation law limits the scope of human rights to national laws, leaving Indigenous communities vulnerable under the EU law.

“This is a major breakthrough for forests, and for the people who stood up to protect them. Make no mistake, this law will make some chainsaws fall silent and stop companies profiting from deforestation,” said John Hyland, spokesperson for Greenpeace EU. “EU governments should be ashamed of themselves for adding loopholes for their logging industries, and giving flimsy protection for the rights of Indigenous People who pay with their blood to defend nature, but rest assured – we’re coming for them next. In the coming years, the EU must broaden its focus to protect nature as a whole, not just forests, and to stop the companies destroying nature not only from accessing the EU market but also getting loans from European banks.”

Mighty Earth CEO Glenn Hurowitz echoed these concerns, noting that while the law is groundbreaking, the EU must address its weaknesses.

“There are some dangerous gaps in this new EU anti-deforestation legislation, including its failure to immediately protect carbon-rich peatlands and biodiverse savannas and to ensure full protection for Indigenous people. If EU policymakers don’t want the legislation to create a perverse incentive for big ag companies to just drive their bulldozers from the Amazon rainforest to the Cerrado savanna, they’re going to have to act quickly to close these loopholes,” stated Hurowitz.

Despite the law’s shortcomings, it is undoubtedly a step in the right direction. It shows the power of civil society to drive positive change. European governments are taking companies to task on environmentally-intensive agricultural commodities for the first time, opening a door for other world leaders to follow suit.

“We have made history with this world-first law against deforestation. As a major trading bloc, the EU will not only change the rules of the game for consumption within its borders, but will also create a big incentive for other countries fueling deforestation to change their policies. The law is not perfect but it includes strong elements,” said Schulmeister-Oldenhove.