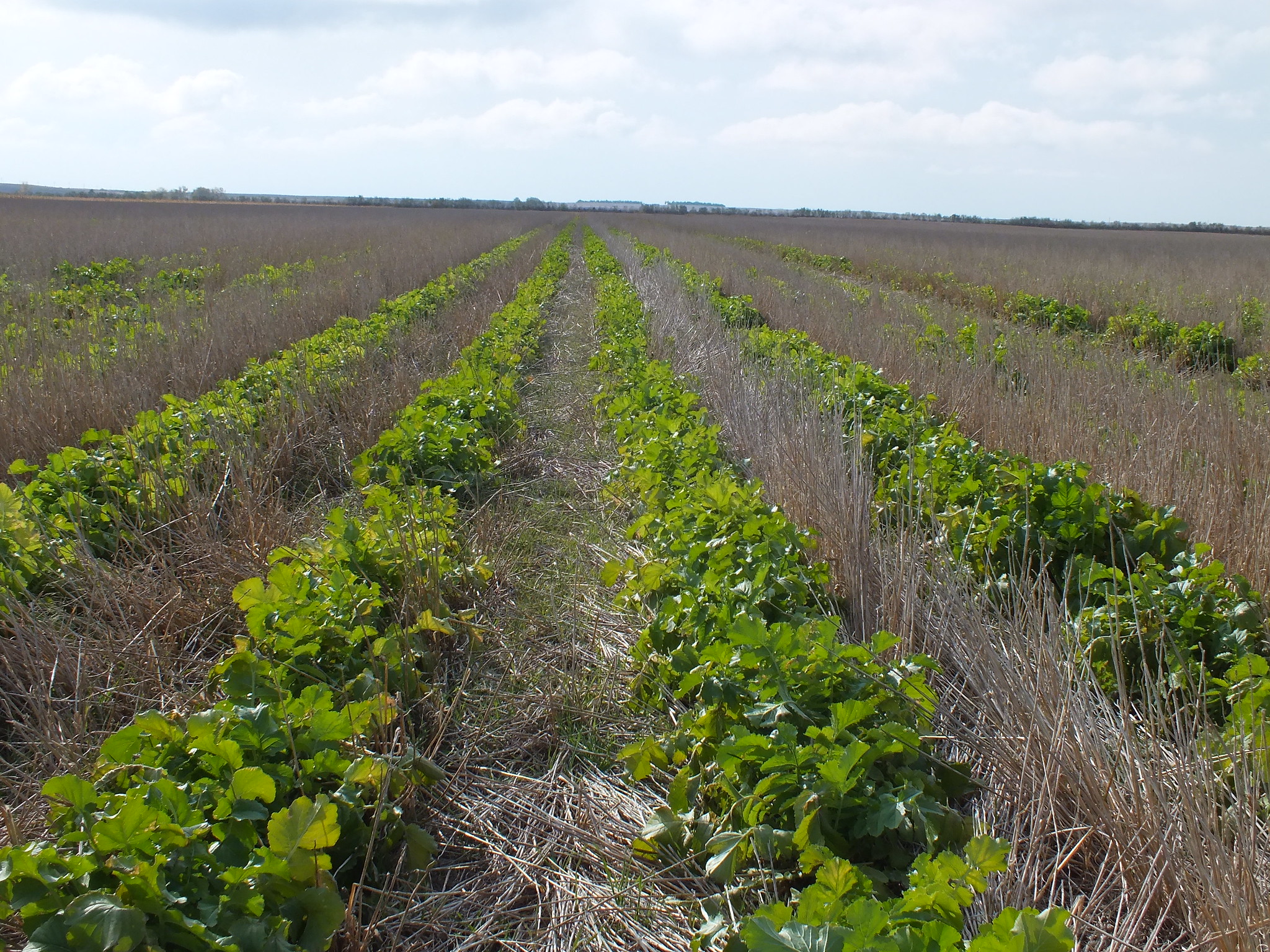 Agriculture is hard on the planet, at least in the stereotypical caricature of “big ag”: Crops are propelled to maturity with a plethora of fertilizers, herbicides, and pesticides—the runoff of which pollutes waterways and triggers harmful algal blooms—and the land is often left barren between planting cycles, leading to the erosion of nutrient-rich topsoil. But there’s reason to be hopeful, new results revealed; farms that grow corn and soybeans across the American Midwest are increasingly planting cover crops. That’s a heartening trend, the researchers suggested, because cover crops benefit the environment in a myriad of ways.

In the midwestern United States, thousands upon thousands of acres are devoted to growing corn and soybeans. Those cash crops—used to produce animal feed, cooking oil, fuel, and a host of other products—are typically planted in April or May and harvested around October. That timing opens up the possibility of planting a so-called cover crop in the late fall that is dormant during the winter and then emerges the following spring. Cover crops used in the Midwest include a wide variety of species such as cereal rye, barley, crimson clover, and field peas. But they aren’t meant to be harvested, said Kaiyu Guan, an Earth system scientist at the University of Illinois at Urbana-Champaign. Instead, they’re grown to help keep the soil healthy and reduce runoff and erosion, said Guan. “Cover cropping is a major conservation practice.”

Guan is part of a team, led by Qu Zhou, also at the University of Illinois at Urbana-Champaign, that recently studied the prevalence of cover cropping on land used to grow corn and soybeans. The team analyzed trends across the midwestern United States over 2 decades from 2000 to 2021. It’s important to get a handle on how cover crop adoption has waxed and waned over time, said Guan. That’s because the national government, along with state and regional organizations, has periodically offered financial incentives to farmers to adopt conservation practices such as cover cropping. It’s useful to understand whether those incentives have been effective, said Guan. “Essentially, we’d like to see what’s going on with all of those investments.”

The researchers analyzed satellite imagery obtained at visible and near-infrared wavelengths from 2000 to 2021 spanning 12 states across the Midwest. For each 30- × 30-meter pixel in their data set, they calculated a parameter known as the Normalized Difference Vegetation Index (NDVI). NDVI is essentially a measure of photosynthetic capability—values close to 1 indicate the presence of lots of green leaves, and values close to 0 correspond to no vegetation. “It’s basically related to greenness,” said Eileen Kladivko, a soil scientist at Purdue University in West Lafayette, Ind., and a founding member of the Midwest Cover Crops Council who was not involved in the research.

With a daily time series of those NDVI data in hand, the team’s next challenge was to determine exactly what part of the NDVI signal was due to cover crops. Bare soil, corn and soybean crops, and even weeds could be contaminating the data. The researchers first assumed that the lowest NDVI values they recorded—which tended to appear between October and April—corresponded to bare soil. Signals recorded from June through September—that is, the cash crop growing season—were largely due to the growth of corn and soybeans, the team surmised. By subtracting the contributions of soil and cash crops from the NDVI time series, the researchers isolated signals most likely due to cover crops. “We use the time series information to unmix these signals,” said team member Sheng Wang, an environmental scientist at the University of Illinois at Urbana-Champaign.

To deal with the issue of weeds, the team applied a set of spatially and temporally dependent thresholds that considered parameters such as air temperature, precipitation, and soil type. “We developed a dynamic method to essentially take into account the environmental conditions associated with cover crop growth,” said Guan. By masking out pixels that didn’t satisfy those thresholds, the team homed in on a set of signals most likely to be free of contamination from weeds. To address the problem of winter-grown cash crops, the researchers used crop data from sources such as the U.S. Department of Agriculture National Agricultural Statistics Service to isolate pixels most likely to represent corn and soybeans.

Zhou and his collaborators calculated the rate at which corn and soybean farmland was planted with cover crops each year from 2000 to 2021. Cover crop usage remained nearly constant the first 10 years of the study period, the team noted, at roughly 1.1 percent, or about 6,000 square kilometers (1.5 million acres). But the practice took off in 2010, the researchers found. Each year thereafter, about 0.4 percent more farmland was planted with cover crops. By 2021, the cover crop adoption rate in the Midwest had increased to 7.2 percent, or more than 40,000 square kilometers (10 million acres), the team reported in November in Geophysical Research Letters.

But the gains were far from uniform, the researchers noted. For example, Indiana has been particularly successful at implementing cover crops, but Illinois less so, said Guan. “You can clearly see there’s a spatial disparity between states.”

When the researchers analyzed trends in government funding for cover cropping, they found that spending was stagnant from 2000 to 2010 but has steadily increased since then. That syncs up with the pattern seen in the satellite data, said Guan. “It’s coaligned with significant increases in government investments in conservation practices.”

It makes sense that cover cropping and financial support for the practice would be correlated, the researchers proposed. Planting a cover crop requires additional labor and resources such as seeds, which are associated with investments of time and money. “Ultimately, adopting a cover crop is, for most farmers, an economic decision,” said Guan. “The most critical question for farmers is whether the bottom line works.”

But the availability of funding isn’t the be-all and end-all when it comes to cover crop adoption, said Kladivko. In places such as Indiana, for instance, surveys generally revealed that far more acres are planted with cover crops than would be expected based on disbursements from environmental programs, she said. “A substantial number of farmers adopt cover crops without ever having received government funding.”

What can make a big difference in cover crop adoption is the presence of committed staff members in local organizations who believe in, and promote, this form of conservation, said Kladivko. Word of mouth among farmers probably also plays a large role, she said. “Funding is part of it, but I don’t attribute all the increase that’s happened in the Midwest in the last 10 years to funding.”

This story originally appeared in AGU’s Eos Magazine and is part of Covering Climate Now, a global journalism collaboration strengthening coverage of the climate story.