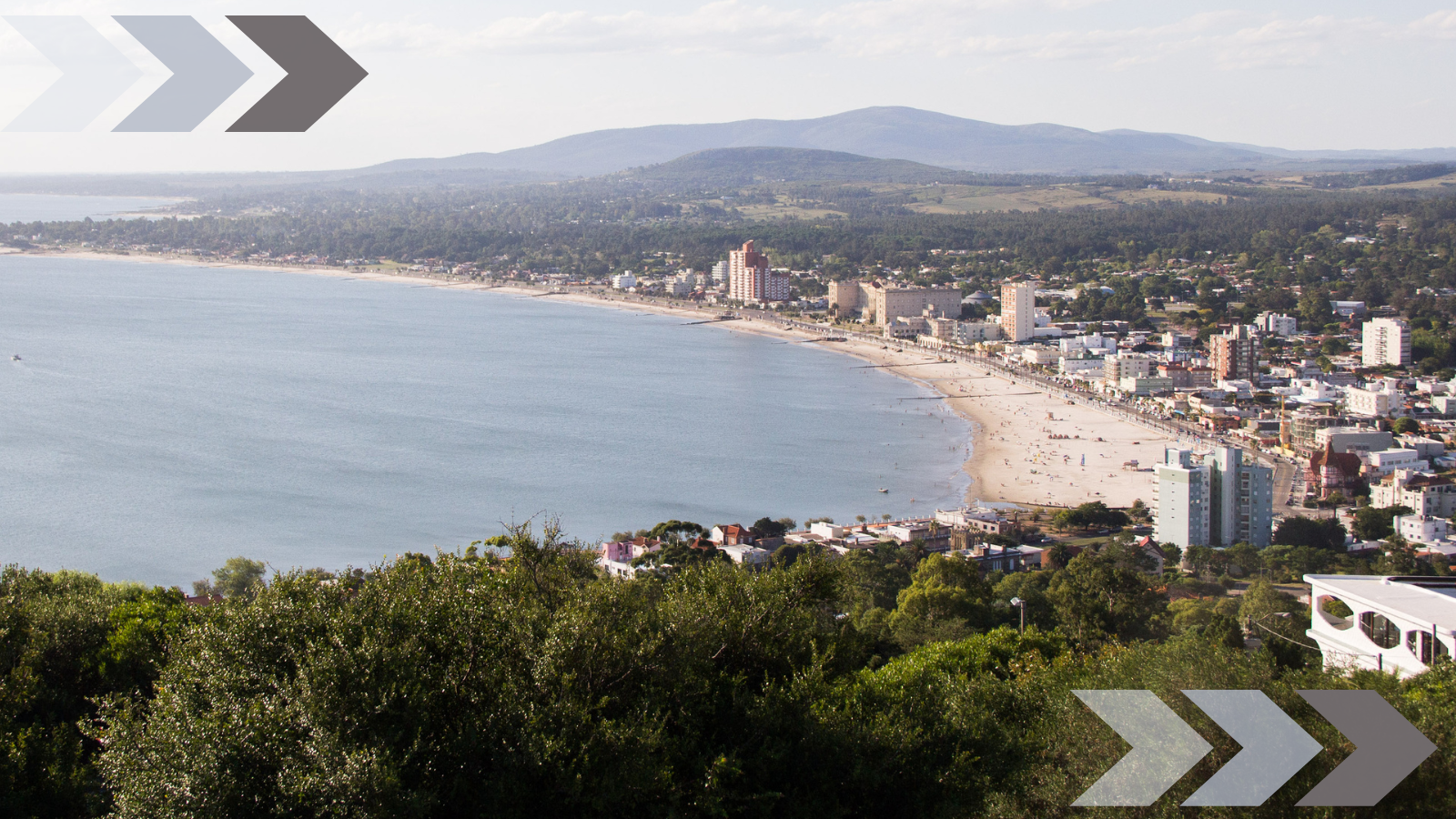 Uruguay is the smallest Spanish-speaking country in South America, known for its impressive coastline, high standard of living, low poverty rates and a football team that tends to punch above its weight. It’s also one of the most sustainable countries in the world, running on 98 percent renewable electricity, according to the US International Trade Administration.

It has been a rapid and profitable transition. In 2007, the country was still using fossil fuels for a third of its energy generation, the World Resources Institute reported.

Now, renewable energy is helping to cut more than half a billion dollars from the country’s annual budget.

How Uruguay is building a sustainability success story

Biomass, solar and around 50 wind parks have replaced the grid’s use of oil, according to the New York Times.

By 2015, energy investment – primarily for renewables, but also liquid gas – had grown to $7 billion, or 15 percent of the country’s annual GDP, well above the global average, reported The Guardian.

The country tends to produce a surplus of renewable energy, which allows it to export green electricity elsewhere. In 2021, Uruguay generated 14.04 TW of electricity (a 20 percent increase from 2020), 1119 TW for internal demand and exported 2,200 MW to Brazil plus 627 MW to Argentina, according to US International Trade Administration data.

Uruguay has also created a green hydrogen generation roadmap, which could position the country as a leading exporter of the gas, generating $2.1 billion in revenues and up to 34,000 jobs by 2040, according to Bloomberg.

“There is no doubt that hydrogen will play a very important role in global decarbonisation, and Latin America has the opportunity to join,” Omar Paganini, Uruguay’s Minister of Industry, Energy and Mining, told an audience at the Hydrogen Americas Summit this year.

The country also joined the Alliance for the Decarbonization of Transport last year, which is an international collaboration to accelerate the worldwide transformation to net-zero-emission mobility before 2050.

As a predominantly flat country, Uruguay is famous for its ranch land and the nation consistently ranks among the top 10 global beef exporters, with its meat-packing plants shipping a record 423,390 tonnes last year, according to Bloomberg. This is problematic as livestock are responsible for more than 14 percent of all greenhouse emissions from human activities, with methane-belching cattle representing about 65 percent of this, according to the United Nations.

Cattle currently produce about 19 million tonnes of Uruguay’s greenhouse gases – or near to half of its total, the New York Times reports.

Amongst the latest ministerial plans for the pledge set out at COP27 is a proposal to help smallholder farmers in Kenya, Rwanda, Tanzania, Uganda, Costa Rica, Uruguay, Colombia, Pakistan and Vietnam reduce methane in their dairy systems.

Discussions have also included a programme to provide $70 million for research on enteric fermentation – the digestive process by which some animals produce gas and the largest single source of methane emissions from agriculture, Reuters reports.

In 2021, the country also became the first nation in South America to export carbon neutral beef, certified by certification body LSQA. This was achieved through the use of natural pastures, as well as through native forest conservation.

No green economy is possible without the involvement of the business ecosystem. Industries generate more than 30 percent of anthropogenic emissions and will play a significant role in the race to achieve net zero, according to the World Economic Forum’s Energy Transition Index 2022.

Uruguay is attractive to investors because of the large companies moving there, lured by the country’s stable economy and sustainable energy. This has ensured the green start-up ecosystem is vibrant, says consultancy firm McKinsey.

“Such green businesses represent a significant economic opportunity – possibly up to 50 percent of the GDP – and would clearly accelerate the socio-economic development of the country while advancing sustainability for the planet,” says McKinsey senior partner Xavier Costantini.