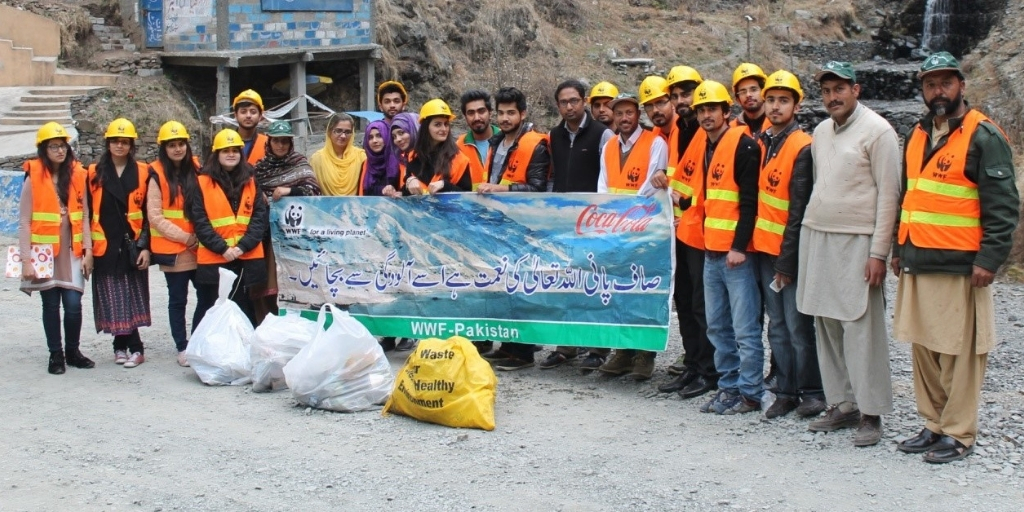 Nature has blessed Pakistan with adequate surface and groundwater resources. However, rapid population growth, urbanization, and the continued industrial development have placed immense stress on the water resources of the country.

The extended droughts and non-development of additional water resources have further aggravated the water scarcity situation. Consequently, per capita, water availability has decreased from 5600 to 1000 cubic meters (m3) per annum, which is below the international threshold level of water scarcity.

The increasing gap between water supply and demand has led to a severe water shortage in almost all sectors.

The water shortage and increasing competition for multiple uses of water have adversely affected the quality of water. In this regard, the results of various investigations and surveys by several agencies have indicated that water pollution has become a serious problem in Pakistan.

Most of the reported health problems are directly or indirectly related to water. It is estimated that around 40% of all reported diseases and deaths in Pakistan are attributed to poor water quality in the country.

According to the Pakistan Council for Research in Water Resources, the mortality rate of 136 per 1,000 live births due to diarrhoea is reported, while every fifth citizen suffers from illness caused by unsafe water.

The quantitative and qualitative concerns of water call for an action plan for efficient development, utilization and monitoring of the water resources of the country.

Galliyat is known for its scenic beauty, hiking tracks and pleasant weather, which is much cooler than the rest of the areas because of higher altitude. The population together with the number of hotels and markets in the area has tremendously exploded in recent years.

Currently, tourists have flooded into these picnic spots due to the prevailing adverse security situation in other places of the province.

Every year more than 120,000 individuals visit the Ayubia National Park during the summer season. Wastes (both liquid and solid) that are generated from these hotels, markets and houses are being disposed of haphazardly down the hills. These wastes may include papers and cartons, food remnants, glass and bottles, plastic and polythene, tin and metals, ashes and dust, textile and rags, aluminum and other minerals.

Management of waste is one of the most neglected issues of Galliyat. Currently, the way waste is thrown into forested areas by both inhabitants and tourists cause water and soil pollution. This problem creates health issues and adversely affects natural resources (i. e., soil, water, vegetation, and wildlife).

In Galliyat, natural springs are the principal water source and account for as much as 80% of total water consumption for drinking and domestic purposes. Due to their heavy reliance on water, local communities are most vulnerable to fluctuations in water availability.

In the wake of the impending consequences of water exploitation and considering the deteriorating water quality status, World Wide Fund for Nature (WWF-Pakistan) has launched a program for monitoring the quality of spring water in the Galliyat region under “Integrated Sub-Watershed Management and Awareness in and around Ayubia National Park” Project.

The project interventions directly contribute to protecting natural resources of the area by reducing deforestation, reviving natural springs, sensitizing communities, and climate change adaptation and mitigation for a resilient future.

The Watershed Management Project is yet another environmentally-friendly project that is being run and managed by WWF and Coca-Cola in Ayubia National Park, Nathiagali over the last six years and has obtained substantial environmental achievements to date.

The project is designed to monitor the quality of drinking water from different springs of Galliyat, which are influenced by anthropogenic and natural activities nearest to human settlements and give reasonable coverage of the area’s water resources. During different phases of the project, water samples of the springs were tested for their physicochemical and bacteriological contamination.

The natural springs are affected by poor sanitation and poor solid waste management systems of hotels. Untreated waste is dumped into the natural springs, which then become contaminated. This has led to an increase in water-borne diseases including typhoid and hepatitis, which were not known earlier but are highly prevalent today.

On the basis of the analysis, the high potential sites in terms of coliform contamination were identified for further necessary improvements.

Keeping this in perspective, WWF-Pakistan, in collaboration with the Coca Cola Foundation, has developed a refined strategy for each of the target springs based on the severity of water pollution. Special measures such as regular waste cleanup from springs sites, protection of immediate catchment with fencing wire, and awareness sessions with the communities support were adopted.

Similarly, every year a group of 15 to 20 students from the local community volunteers to serve the project for the entire year. They, along with representatives of WWF, perform various door to door activities, with the aim to develop awareness about preserving the environment and natural resources and for waste cleanup activities in the vicinity of different springs. As a result of these activities, different springs showed improvements with zero level of E.Coli bacteria.

The Watershed Management Project has already achieved considerable results. These include the recharge of more than 388 million litres of water in the last five years, planting more than 60,000 trees of indigenous species, development of several hundred fruit orchards, providing livelihoods to local communities, installation of rainwater harvesting structures in more than 100 schools, collection for reuse of more than one million litres of rainwater through rooftop harvesting, and protection and rejuvenation of 26 natural springs in the project area.

Local inhabitants of Ayubia National Park had been consuming water springs and trees for their daily life use which was causing severe threats to the national park forestry. It is the outcome of the joint efforts of the project managers that people have now realized the significance of preserving natural resources and using alternate and improved arrangements of energy, water, and sanitation.