advertisement
Home Environment Conserving the Blue Forest: One of Earth’s Most Powerful Tools for Carbon... 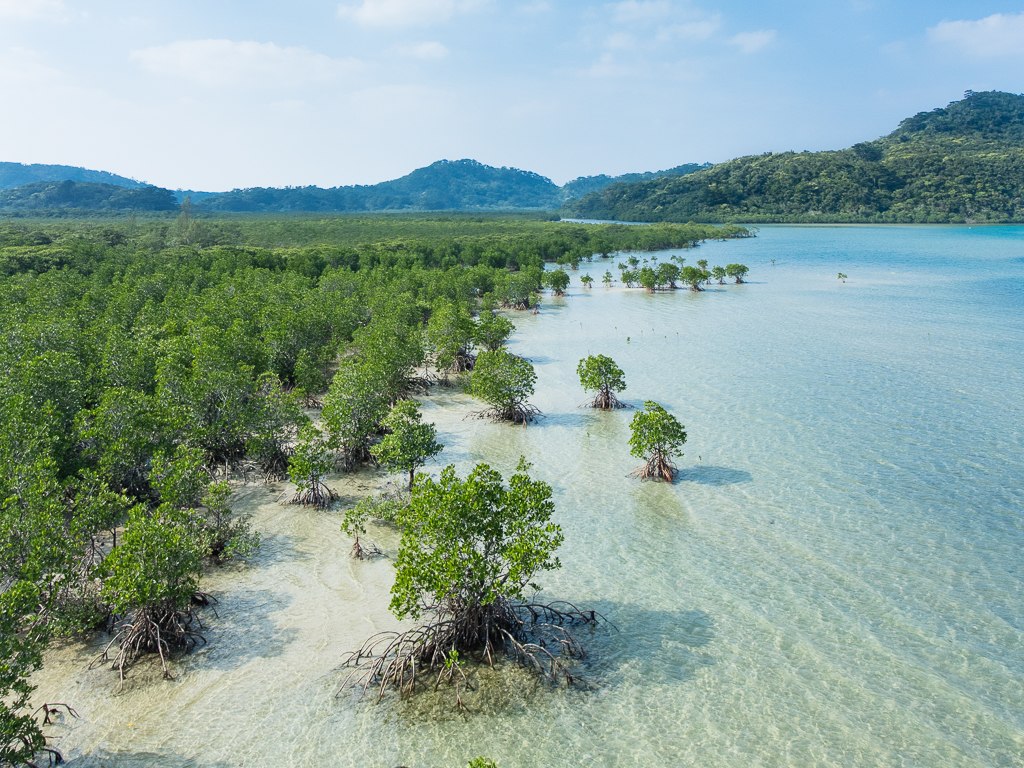 When conjuring up images of the ‘blue forest’ you may visualize some wondrous hued landscape or a bizarre, exotic place from science fiction, but the term blue t is used to describe our coastal and marine ecosystems. These include mangrove forest, seagrass meadows, and saltwater marshes.

These ecosystems are now becoming recognized as powerhouses for capturing and storing carbon. The carbon stored by these coastal and marine environments is referred to as blue carbon.

These impressive and highly biodiverse coastal systems capture more than twice as much carbon as a mature tropical forest and may store up to five times more blue carbon in their sediments. According to the Blue Carbon Initiative, while coastal habitats cover less than 2% of total ocean area, they account for nearly half of all carbon sequestered in ocean sediments.

The blue forest not only acts as a carbon sink but the ecological benefits of these habitats are plentiful. They are a nursery and breeding habitat for fish, crustaceans, and birds as well as the insects they prey upon to survive.

They stabilize shorelines and protect coastal areas and inland habitats from hurricanes and resulting storm surges. Estuaries act like giant sponges during floods and will soak up excess water.

The socioeconomic benefits provided by the blue forest are bountiful as well.

As a provider of food security, residents of these areas have long utilized the numerous resources provided, whether fishing, shrimping or crabbing for sustenance or enjoying them for recreation. Over two-thirds of commercially caught fish depend on this ecosystem at some point in their life.

Some of the significant threats to the blue forest are man-made and include reclaiming land for development, building sea-walls, and changes to tidal flows and drainage to reclaim land.

The carbon stored in these soils can be considerable and has remained trapped for very long periods of time (centuries to millennia). For this reason, when these ecosystems are damaged the carbon stored is released resulting in emissions of carbon dioxide that contribute to climate change.

With the growing evidence, we now are beginning to understand the value the blue forest has to offer.

Commenting on the 2011 Blue Carbon Policy Framework, IUCN Global Marine and Polar Programme Director, Carl Gustaf Lundin stated, “The oceans and marine biodiversity are crucial in regulating the global climate. Oceans absorb 93.4 percent of the heat produced by climate change as well as one third of human-induced carbon dioxide. Coastal areas also have an exceptional capacity to store carbon. But currently natural solutions that the marine world offers to climate change challenges are rarely taken into account in international climate change policy.”

Purposeful conservation endeavors must achieve goals to ensure that no new emissions arise from their destruction. Restoration of habitats such as salt marshes and mangrove forest can help mitigate climate change while also providing economic benefits.