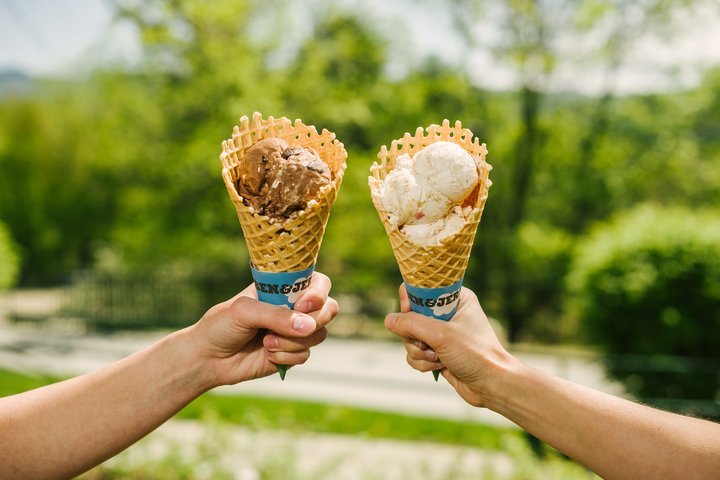 Ben & Jerry’s announced last week that they are moving away from single-use plastics.

In early 2019, the company’s 600 worldwide locations will no longer offer plastic straws or spoons.

“We’re not going to recycle our way out of this problem,” Ben & Jerry’s Global Sustainability Manager, Jenna Evans said. “We, and the rest of the world, need to get out of single-use plastic.”

The vast majority of plastics are not recycled and can end up in landfills and the world’s oceans. According to the United Nations, more than 8 million tonnes of plastic ends up in the oceans annually.

While items such as straws and plastic utensils may initially seem harmless, they pose a significant threat to marine life. A study from the University of Queensland suggests that more than half of the world’s sea turtles have ingested plastic debris.

Australian scientists estimate that nearly 90% of seabirds have ingested plastic- a statistic they expect to continue to grow. By 2050, they believe that 99% of seabirds will be affected.

“Single-use plastics are a pollution threat unlike anything we’ve seen before,” said Paul Burns, Executive Director of the Vermont Public Interest Research Group. “Across the globe, discarded plastics are choking our environment and threatening wildlife. The only solution is to stop using them. That’s why Ben & Jerry’s plan to move away from single-use plastics is exactly the kind of leadership we need. We urge other businesses to follow Ben & Jerry’s example and kick the plastics habit.”

The famous ice-cream company made plastic straws available by request only in August 2018.

By April 9th, all scoop shops will transition to wooden spoons, and paper straws will be available by request.

Ben & Jerry’s hopes to find an alternative to plastic cups and lids by the end of 2020.

“In the short term, eliminating plastic straws and spoons is not going to save the world,” Evans said. “But it’s a good start toward changing expectations. We’re committed to exploring additional options to further reduce the use of disposable items. This transition is the first step for us on a more comprehensive journey to eliminate single-use, petroleum-based plastic in our supply chain, and we look forward to reporting on our progress.”