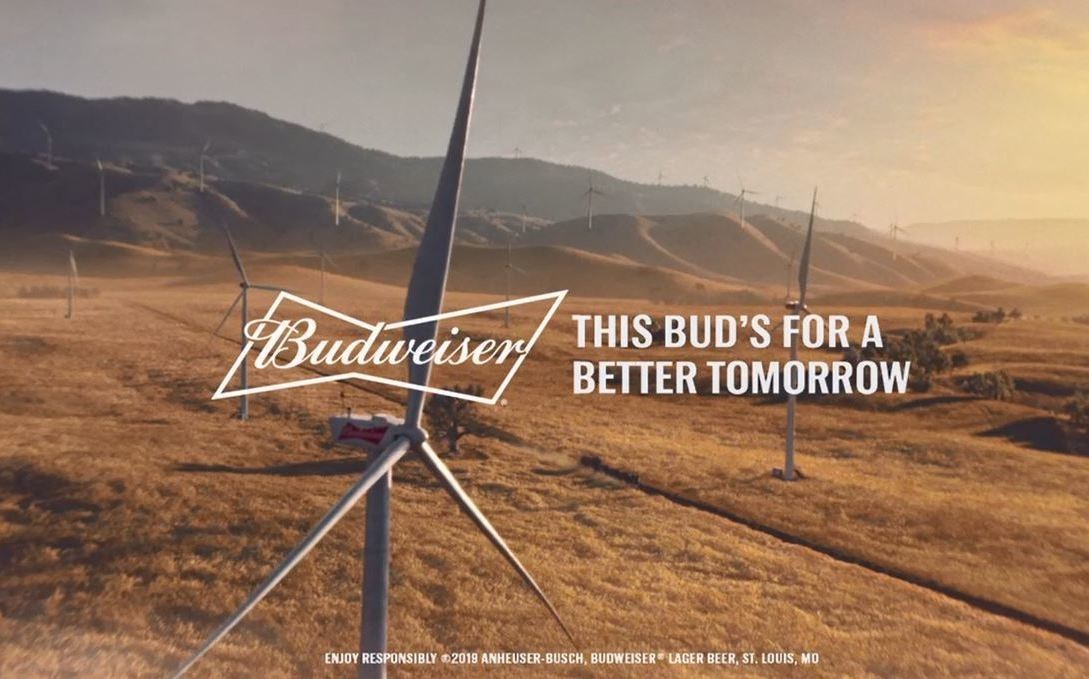 The King of Beers is bringing its long-term commitment to renewable energy to the biggest stage of the year: Super Bowl LIII.

Budweiser’s latest commercial features the iconic Budweiser Clydesdales alongside wind turbines. Anheuser Busch VP of Marketing Core and Value brands, Ricardo Marques stated, “Super Bowl is one of the most exciting times of the year for our team, and people all over the country. Those who wait for the best commercials all year expect Budweiser to show up big, and we felt there was no better way to show up this year than to talk about our commitment to Renewable Electricity,”

Consumers are at the heart of Anheuser-Busch’s commitment to sustainability. In a statement about consumer preferences, Anheuser-Busch CEO, Michel Dokeris stated, “More and more, consumers are choosing to engage with companies that are doing good in the world. As the leading American brewer, we have a responsibility to set an example and be good stewards of the environment. It’s not just the right thing to do, it’s good for business.”

The company recognizes that while not everyone has access to electric vehicles or solar panels, millions have access to beer. In fact, Budweiser sells approximately 41 million bottles per day.

“This was our light bulb moment. We sell around 41 million bottles of Budweiser per day. That’s an opportunity for 41 million potential conversations about climate change and the possibility of making better purchasing choices!” the company stated in an article for RE100.

Anheuser-Busch aims to have 100% of its purchased electricity to come from renewable resources and reduce their CO2 emissions by 25%.