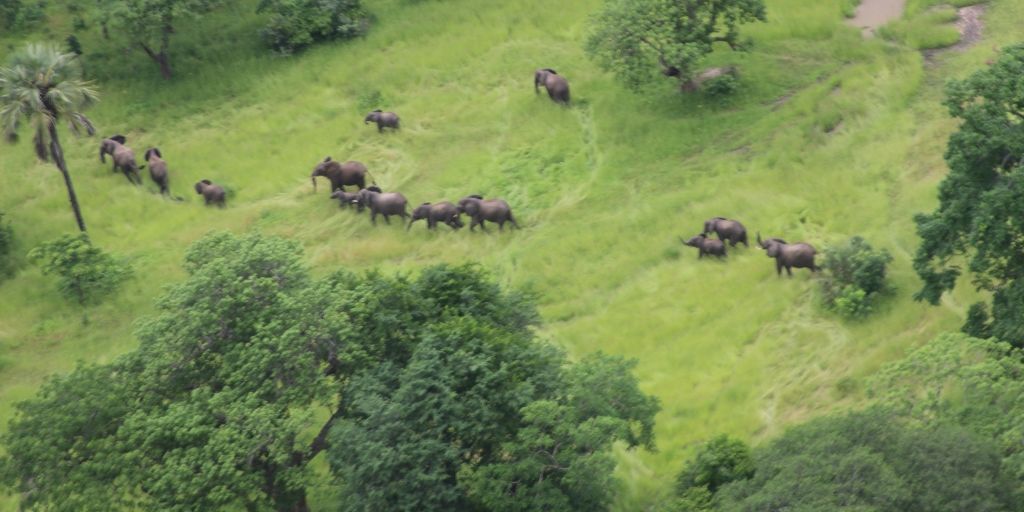 Once plagued with wildlife crime, the Niassa National Reserve has become a safe haven for elephants. On June 17th, the Wildlife Conservation Society (WCS) announced an extraordinary success from the Niassa National Reserve in Mozambique. Niassa had registered zero instances of elephant poaching for an entire year! The last elephant illegally killed on the reserve was on May 17th, 2018.

In early 2018, the WCS teamed up with the Government of Mozambique and the Niassa Conservation Alliance in an effort to combat elephant poaching. With support from various donors including USAID and the United Nations Development Programme, the group coordinated an anti-poaching strategy which involved an increased aviation program, deployment of a special police raid intervention unit, and tough new sentencing of poachers.

The aviation program provided aerial surveillance utilizing a year-round Cessna aircraft and a chartered helicopter during the wet seasons in 2018 to transport scouts and supplies to remote poaching locations. Response teams would be dispatched if any sign of poaching was detected.

Prior to the latest strategy from WCS and the Government of Mozambique, Niassa experienced high rates of elephant poaching. From 2009 to 2014, the elephant population fell from an estimated 12,000 to 3,675.

In May, the Convention on International Trade in Endangered Species (CITES) evaluated the levels of illegal killing through their Monitoring of Illegal Killing of Elephants program.

“Illegal killing of African elephants for ivory remains a significant threat to elephant populations in most of the range States. At the same time, the human population of Africa has grown tenfold, from 125 million to 1,225 million, creating competition for land with elephants,” said CITES Secretary-General Ivonne Higuero.

Due to the strategy and conservation efforts from WCS and the Government of Mozambique, the number of elephants killed illegally dropped 87% in 2018. Elephant numbers are rebounding quickly.

The Niassa National Reserve and its partners expect a rapid population return.