Home Business/Finance Why Apple is investing in Colombia’s mangroves 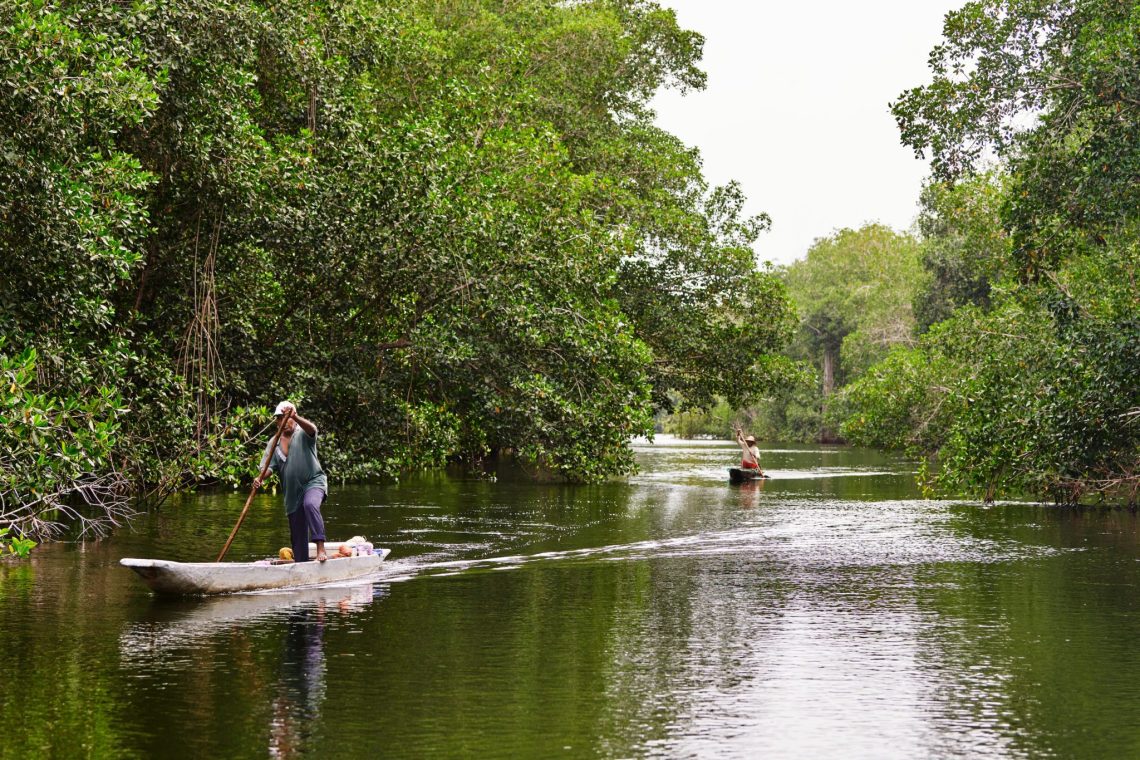 This topic will be explored at the Global Landscapes Forum Bonn 2019 on 22–23 June. Register to attend or tune-in digitally here.

It’s easy to get lost in the narrow channels of a mangrove forest. On either side, tangled clumps of curving roots prop up a row of identical-looking trees above the water line. Aerial roots dangle from high and low branches that arch over the channel. And as inch-long crabs scuttle along algae-covered roots, narrow-snouted crocodiles glide through the water. The maze-like waterways are strange and fascinating, if a bit eerie.

But in the sprawling mangrove forest surrounding Colombia’s Cispatá Bay, mangleros – families living and working in the forests – know every channel, in low or high tide. That’s because every day before sunrise, they navigate the channels to the Caribbean Sea to catch snapper, snook, or tilapia-like mojarra for the day’s meal. Other times, they trudge through the muddy forest at low tide to collect wood for cooking. Some use the channels as a shortcut to get to nearby San Antero or San Bernardo del Viento to work as seasonal labor in rice fields.

“The mangleros have a lot of traditional knowledge about the dynamics of that mangrove ecosystem,” said Paula Sierra, coordinator for research and information at INVEMAR, a marine and coastal research institute in Colombia. The institute, together with Conservation International and local government partners, has depended on the mangleros for navigation, mangrove health and help with field data collection for the last 20 years.

Lately, the mangleros and the researchers have been hauling new types of scientific equipment in and out of the 11,000-hectare mangrove: cameras, measuring tapes, GPS recording instruments, hip-high sediment core samplers, and handheld gadgets that analyze the amount of carbon in soil samples. The flurry of field work is part of a gutsy bid to pilot a new and more efficient way to measure carbon stored in the mangrove forest. The plan is to eventually sell carbon offsets to fund the continued protection and restoration of the Cispatá Bay mangroves.

The project has caught the attention of Apple in Silicon Valley, which pitched in with funding to shepherd it to completion. Over the course of its lifetime, the Cispatá Bay’s mangrove forest could sequester 1 million metric tons of carbon dioxide – if it remains healthy.

“These forests are critical because they’re one of nature’s most important tools in the battle against climate change,” said Lisa Jackson, Apple’s president of Environment, Policy and Social Initiatives, in a statement. “Globally, we’ve lost half of the world’s mangrove forests since the 1940s – so it’s high time we start preserving and protecting them.”

WHAT LIES BENEATH THE MANGROVE TREES

Mangroves are groups of trees and shrubs that grow where the ocean meets land, in sheltered tropical and subtropical areas all over the planet. With their roots submerged in water, the trees thrive in muddy, sweltering, salty conditions that would kill most plants.

That chaos of submerged roots, aerial roots and dense low canopy shelters a wide array of wildlife and protects human life as well. Mangrove forests buffer the shoreline from erosion and serve as a valuable nursery to fish and invertebrates, providing a rich source of food and refuge from larger predators. Mangroves also filter silt from freshwater rivers, keeping it off coastal reefs.

Like other ocean wetlands, mangroves are known as “blue carbon” ecosystems, which store up to 10 times the carbon per unit area as terrestrial forests, making them an important ally in the fight against climate change.

In 2011, researchers found mangrove forests store more carbon than almost any forest on Earth. They sequester carbon not only in the trees but also – and even more so – in the sediment beneath the roots. “That’s essential information because when land-use change occurs, much of that standing carbon stock can be released into the atmosphere,” said Daniel Donato, a research ecologist and lead researcher for the study, in a statement.

The mangrove forest’s root systems, which anchor the plants into underwater sediment, slow down incoming tides, allowing organic and inorganic material to settle into the sediment surface. Low oxygen conditions slow decay, resulting in much of the carbon accumulating in the soil. In fact, mangroves have more carbon in their soil alone than most tropical forests have in all their biomass and soil combined.

It’s that carbon in the sediment that the mangleros and Colombian researchers are currently measuring, in addition to carbon stored in other parts of the trees. “Other methodologies that measure carbon in terrestrial forests only measure the carbon collected by the above-ground biomass – basically everything you see outside from the surface to the air,” said María Claudia Díazgranados Cadelo, marine biologist and director of Oceans and Community Incentive Programs at Conservation International – Colombia.

“At the end of this year, we hope to have a certificate that says how many tons of carbon the Cispatá Bay’s mangrove forest has sequestered in the past years,” Diazgranados said. “And with those certificates, we can then go and sell them in the carbon offset market.”

Diazgranados says they already have a lot of potential buyers – unsurprising in a country that implemented a carbon tax just last year. The tax reform encourages Colombian companies to neutralize their carbon dioxide emissions associated with fossil fuel consumption by purchasing carbon offset certificates, such as the certificate for which the Cispatá Bay program aims.

“This project did not start with the support of Apple,” said INVEMAR director Francisco Arias Isaza. “We have been working to protect and restore the mangroves for many years. And when I say we, I mean the communities, the local environmental authorities who declared the mangroves a marine protected area, the Corporación autónoma regional del Valle del Sinú, INVEMAR, Conservation International, and Omacha Foundation. We have a long history of working together.”

Diazgranados echoes Arias’ sentiment. “I want to stress that this project is an alliance,” she said. Conservation International chose to support the Cispatá Bay mangrove project over other projects in Indonesia, Africa and Latin America because “Colombia had the most interesting and robust institutional portfolio,” Diazgranados said.

Funds from the anticipated sale of carbon offsets will support the continued protection and restoration of the mangrove forest. That means the mangleros will be compensated for regularly monitoring and clearing clogged water channels, maintaining the ideal hydrological flow between saline and fresh water. Mangroves grow so quickly that their roots can close water entrances, creating salty, dry areas where new trees cannot grow.

“This means a better degree of financial security for the communities,” Arias said. “They will not have to depend on the seasons or the life cycle of the fish. They won’t have to go without much if a storm keeps them from fishing or working in the rice fields.” Some of the funds will also serve as initial support to develop a sustainable ecotourism program and improve fishing practices in the region.

Although Cispatá Bay’s mangrove forest continues to face increasing pressure from logging, the expansion of agricultural lands and unsustainable tourism practices, Arias thinks the support from a company as high-profile as Apple is changing minds. Nearby towns that also have mangrove forests already want to replicate Cispatá Bay’s blue carbon program.

The catch is: the mangrove forests need to be kept in good shape. “Yes, mangroves are a powerhouse for carbon dioxide sequestration, but they have to be healthy,” Arias said. “Conservation is the key to keeping the powerhouse running.”

It Is Time to Change the Rules of the Game: Making Ecocide an International Crime 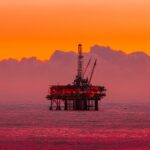 $11 Million Per Minute in Fossil Subsidies ‘Add Fuel to the Fire’, IMF Study...

Business/Finance The Planetary Press - October 22, 2021
Written by: The Energy Mix The coal, oil, and gas industries received US$5.9 trillion in worldwide subsidies in 2020—a...

Nature Doesn’t Recognise Borders but Countries Can Collaborate to Save Species. The Escazú Agreement...