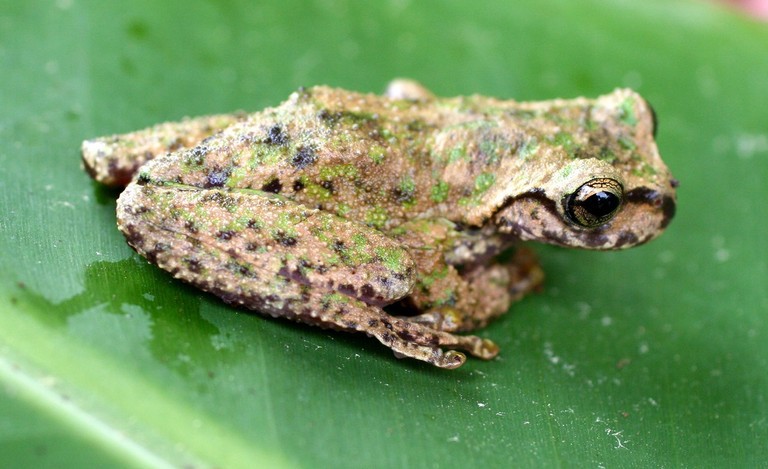 The Con X Tech Prize just announced its second round will be funding 20 finalists each with $3,500 to create their first prototypes. Some 150 teams submitted ideas that use technology to address a conservation challenge. The 20 winners of this first stage of the competition will also compete for a grand prize of $20,000, plus support from CXL on product development and attracting investment.

The prize accepts ideas for any conservation problem, with a particular focus on addressing threats from a specific theme. This second round of the prize focused on reducing impacts from invasive species to native species and ecosystems. The first round, sponsored in 2018, focused on ocean conservation.

“We have a range of hardware and software solutions we are funding, including tools in aquatic invasive species, camera traps, ag-tech, human-wildlife conflict, marine acoustics, and many more,” said Tom Quigley, who manages the digital makerspace community at Conservation X Labs, which offers the prize. “It’s a really exciting cohort.”

Seven of the 20 finalists focused specifically on designs to address invasive species, while the remaining 13 teams sought to address a range of conservation issues, from wildlife trafficking to acoustic monitoring to capturing freshwater plastic waste in locally-built bamboo traps.

The projects specifically addressing invasive species proposed a wide range of ideas to address an equally wide range of associated problems. They include:

1. Pig-finding drone-based thermal cameras to conserve critically endangered giant tortoises on Santa Cruz island in the Galápagos by finding feral pigs that dig up tortoise nests and eat their eggs, which has prevented hatching of new generations of tortoises. The camera, equipped with machine learning algorithms, would also detect tortoise nests to help Galápagos National Park rangers find and protect them on the ground.

2. A mobile machine unit to remove invasive plants that have taken over grasslands in India’s protected areas, facilitated by local wood harvest, leaving elephants in parks without food and thus more likely to approach adjacent human crop fields, causing conflict. The repurposed commercially available charcoal producer would pick invasive plants, crush them into sawdust, and form usable charcoal briquettes from the dust to reduce the demand for fuelwood.

3. Helping reduce the lionfish population off the Florida coast by connecting divers with fish processors through an online platform to facilitate processing of the small volumes of this highly invasive predatory fish caught by divers. Demand for the fish beyond Florida exceeds production, so the platform would also encourage more local processors.

4. Remote amphibian refuges in Guatemala to attract frogs, using call playbacks, to a small tube-shaped container with a tiny pool and an Arduino computing unit inside. The unit has sensors that notify nearby researchers they’ve caught a frog, so they can identify it and determine if it carries invasive chytrid fungus.

5. Find that plant, a machine-learning algorithm to detect individual invasive plants from drone-based images and produce geographic coordinates of the locations of plants identified as invasives to inform management decisions.

Why focus on invasive species?

The accelerated spread of invasive species over the past few decades has led to severe reductions, and even extinctions, of some native species, especially on islands.

“Over 30 percent of the IUCN Red List species extinctions were caused or impacted by invasives,” Quigley said. “As the world’s population grows and globalization increases, the risk of invasive species introductions increases dramatically. Innovation and new technology solutions are needed to prevent the spread of invasive species and novel emerging pathogens.”

Role of tech prizes in conservation

Quigley told Mongabay that the early funding and recognition that they have received a prize have been “transformative” for some first-round finalists.

“The process provides winners with very early-stage funding, a rare commodity, and recognition of external approval,” Quigley said, “each of which has potential to motivate finalists and translate into further funding.”

He added that the opportunity to compete for the prize with a submission deadline can motivate groups who’ve perhaps been considering an idea or design to address a conservation problem to actually develop it into a prototype.

Quigley identified three features that he thought help teams advance their prototype development most effectively:  keeping a strong focus on a discrete problem; partnering with a group that actually faces the problem; and including team members from different disciplines, such as an oceanographer partnering with a camera tech expert and a fundraiser or an engineer with a web developer and a project manager.

The Con X Prize strives to bring people from a variety of disciplines to apply their skills to solving conservation challenges and broadening the conservation community.

This article originally appeared on Mongabay.org