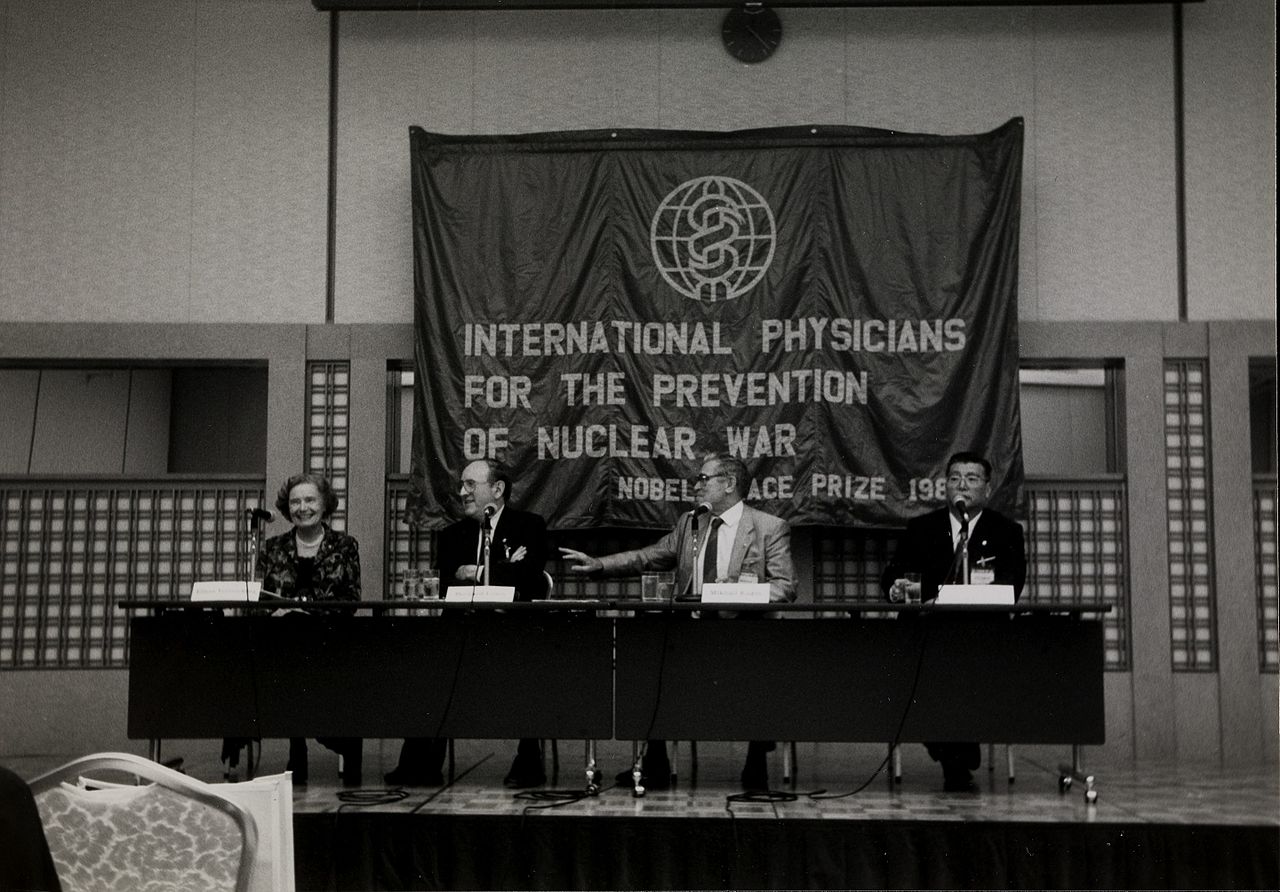 Last week, one of the world’s leading medical journals declared the medical community must act now to limit the health effects of climate change.

In a stark editorial, readers of the New England Journal of Medicine were reminded that hospitals, even airconditioned and sterilised, are not protected from “the environmental chaos unfolding outside”.

The effects of climate change are “frighteningly broad”, the editorial continued, including risks to medical supply chains, health infrastructure and all aspects of human health.

The special issue represents an important new focus for the journal and for the medical community: protecting human health in a changing climate calls for urgent, dramatic climate action.

Read more: Climate explained: will we be less healthy because of climate change?

Our contribution shows how doctors have taken up planetary-scale issues in the past, and helped shift the course of history.

We show how, in the 20th century, doctors learned to apply environmental ethics to medicine, and to apply medicine to politics — and how these developments featured in the New England Journal of Medicine.

Organising as Physicians for Social Responsibility, they published a series of articles in the New England Journal of Medicine describing the likely effects of a 20-megaton blast over Boston: death, injury, ecological damage, and profound disturbance to social structures.

Introducing the articles, the editor declared no group could be more interested in the prospect than physicians, since none were more committed to human health and survival.

Despite the threats to other species and natural systems, these articles emphasised the threat to human health.

Australian paediatrician Helen Caldicott revived the group in 1978 when she was working in Cambridge, Massachusetts. Together with International Physicians for the Prevention of Nuclear War, its leaders helped educate doctors and concerned citizens worldwide about the dangers of nuclear war.

They showed the most significant threats to human health might lie outside the conventional realms of medicine, and to protect it, doctors might need to do more than practise medicine.

And they succeeded. Membership of Physicians for Social Responsibility grew rapidly, and the model was widely exported. Caldicott met with then US-President Ronald Reagan and the International Physicians for the Prevention of Nuclear War won the Nobel Peace Prize in 1985.

The downsides of economic growth

Ecological education deepened across the 20th century, with increased awareness of the environmental impacts of post-war economic growth.

It was the mounting evidence of ozone depletion in the 1980s, however, which brought the lesson home. Humans were altering not only the face of the earth, but the composition of the stratosphere.

In 1987, the World Commission on Environment and Development, chaired by doctor and former Prime Minister of Norway Gro Harlem Brundtland, articulated the threats to the planet’s species and systems from human activities.

The Brundtland Report regretted the retreat of government and business from social and environmental concerns, and yet called for optimism. It advocated “sustainable development”, and concerted work towards a “common future” where ecological and economic issues were addressed together.

Others were less optimistic. As evidence of ecological collapse at a planetary scale gathered like storm clouds, doctors who had had their visions of health expanded by the nuclear threat took up their pens.

Alexander Leaf, a professor of preventive medicine at Harvard University and leading member of the Physicians for Social Responsibility and the International Physicians for the Prevention of Nuclear War, was one. He was deeply concerned by the Brundtland Report and by how little had been written about the health implications of environmental change.

In 1989, encouraged by his friends Arnold Relman, the new editor of the New England Journal of Medicine, and doctor and researcher Marcia Angell, Leaf wrote an article for the journal about the likely effects of ozone depletion, air pollution and global warming.

With the end of the Cold War, Leaf and Harvard psychiatrist Eric Chivian, who founded the Center for Health and the Global Environment at Harvard in 1993, prompted Physicians for Social Responsibility to develop an environmental program.

Yet many doctors proved reluctant to organise against environmental threats as they had against nuclear war.

The Brundtland Report also helped produce a new research agenda. The first assessment report of the Intergovernmental Panel on Climate Change addressed health effects, and in 1990, the World Health Organization and Australian National Health and Medical Research Council issued reports on the likely links between greenhouse gases and human health.

Andrew Haines, at the London School of Tropical Medicine, began writing about the health effects of climate change.

And in Australia, Anthony McMichael took up the cause. The “bottom line”, he suggested, was threats to human health (not deforestation or species extinctions) would drive human responses to environmental degradation.

As evidence grows of ever greater disruptions to natural systems, the broader medical community is once again taking action to protect human health in a planetary crisis.

Shifting the boundaries of medicine

Our research shows how the boundaries of medicine have shifted in the face of emerging threats, expanding to a planetary scale, to political advocacy, to new research directions and efforts to translate scientific evidence into powerful public messages.

It draws attention to the new ethical commitments realised in crises — commitments to current and future generations, other species, and to the planet itself.

Header Image Caption & Credit: International Physicians for the Prevention of Nuclear War, which won the Nobel Peace Prize in 1985, is one example of doctors’ involvement on the political stage. Wellcome Images/Wikimedia Commons